Taking a leaf out of eBay’s book, Amazon has announced a new “Make an Offer” feature that lets consumers negotiate prices with merchants.

The seller can also make a counter-offer to the potential buyer, one that’s perhaps lower than the listed fixed-price, but higher than the offer made. 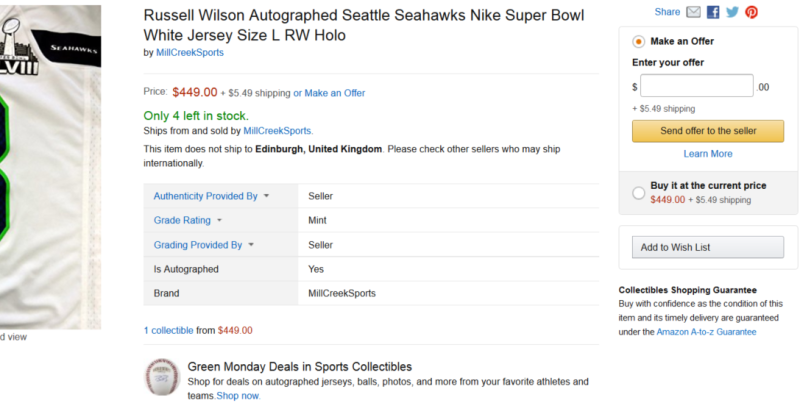 It’s worth noting here that the negotiations aren’t public. As with eBay, communications are done in private between the two parties until a mutually acceptable pricepoint has been reached.

While the option is restricted to 150,000 items on Amazon for now, there is no reason the e-commerce titan couldn’t open this up to other products too. Indeed, Amazon does say it plans to expand this option to cover “hundreds of thousands of items from sellers” in 2015, though it wouldn’t confirm whether this would be expanded to include other category-types or not.

Though the feature is restricted to Amazon.com for now, prospective buyers can be located anywhere in the world – not just the U.S.

Amazon has cemented its position at the forefront of e-commerce but has often been at the center of controversies over the control it exerts over merchant pricing. The most recent example was the case with Hachette Book Group, with Amazon asking the publisher to lower the prices of its ebooks to $9.99, a snafu that was recently settled.

While this latest move by Amazon may well ultimately help customers drive a harder bargain, it’s worth noting that ‘Make an Offer’ is entirely opt-in for merchants. So if they list an item that sees very little interest after a few weeks, for example, they could open things up a little to see what people are willing to pay. That has to be a good thing.