Amazon has one big question to answer with its new high-end Kindle: What place does a $199 black and white e-reader have in a world filled with cheap tablets and Amazon’s own family of cheaper Kindles?

The Kindle Voyage, with a high-resolution display that sits elegantly alongside its bezel, is a huge design upgrade for Amazon. Unlike tablets, it’s a device devoted entirely to reading. And it offers a higher-quality screen than Amazon’s $119 Kindle Paperwhite and $79 Kindle, which comes closer than ever to mimicking actual ink on paper.

It’s an undoubtedly polished device made by a company that has the written word in its DNA. And yet I can’t imagine that anyone, even e-book devotees, would stomach the Kindle Voyage’s high price when Amazon’s $119 Paperwhite has been available for the past two years.

A reader’s dream — at a price

The Kindle Voyage isn’t a huge upgrade over last year’s second-generation Paperwhite (which is sticking around as a mid-range option), but the minor changes serve to make it an ideal e-reader. It can display text at over 300 pixels per inch, making text appear less pixelated and closer to print. And of course, it’s slightly thinner and slightly lighter.

The Voyage is also the first e-reader from Amazon that has a screen that’s flush with its bezel, which makes it feel more tablet-like than its slightly clunkier predecessors. Unlike past Kindles, the Voyage’s screen is covered with glass, which should technically make it as tough as a tablet or smartphone. (The plastic E-Ink displays on previous Kindles weren’t exactly tough.) 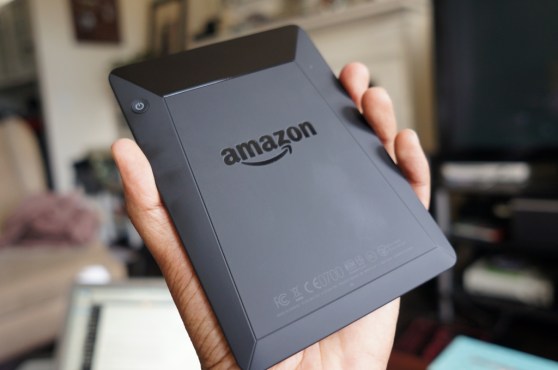 One significant feature that’s new to the Voyage is “PagePress,” which lets you turn pages by squeezing specific areas of the device’s side bezels. It’s a huge improvement over Amazon’s clunky touchscreen method for page turning, which involves tapping invisible regions on the Kindle’s screen to go back and forth a page. I’ve had quite a few frustrating experiences dealing with Kindle touchscreens over the years, especially while trying to read in crowded subway cars. No more with PagePress.

I dove into David Mitchell’s “The Bone Clocks” with the Kindle Voyage, a book I originally started on my first-generation Paperwhite, and didn’t notice much of a difference in reading experience. Yes, the Voyage’s text was slightly sharper, and the device was easier to hold — but not by much.

But after Amazon threw down the gauntlet in the e-reader market by pricing the Paperwhite at $119 (with its custom “special offers” ads) in 2012, are incremental upgrades worth an $80 premium in 2014? I think not. My two-year-old Paperwhite is still going strong, and I can’t imagine that any other Paperwhite owners would feel compelled to upgrade. 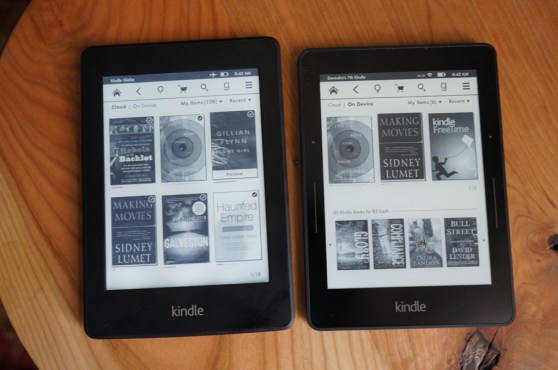 Who needs a high-end e-reader?

After being the company chiefly responsible for driving e-reader costs down over the years (though notice the Paperwhite hasn’t budged from $119 in two years), Amazon likely felt the need to test the waters with a pricier option. But the Voyage ends up feeling more like a device that’s artificially expensive rather than something that deserves a price far beyond typical e-readers.

Amazon’s bigger problem is that even its most die-hard fans have likely given up on waiting for color E-Ink Kindles. Tablet displays have gotten considerably better and cheaper over the years, after all. When you’ve got quad-HD tablet displays readily available — like Samsung’s recent Galaxy Tab S line — the slightly better readability of E-Ink isn’t a very big selling point.

Don’t be surprised if the Kindle Voyage quickly falls in price before the holiday shopping season is over. 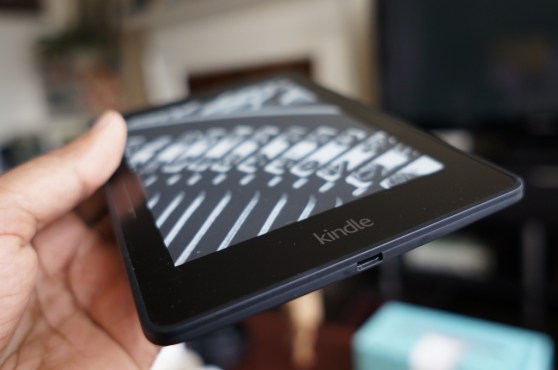 Verdict: A dreamy e-reader only for people with money to burn

As much as I like the Kindle Voyage, I can’t in good conscience recommend it when the perfectly capable Paperwhite is $80 less. They’re both easy to hold and include a built-in backlight. Amazon needs to deliver a lot more than a slightly slicker e-reader if it wants to justify a $200 price (and an even heftier $269 for the 3G-equipped version).