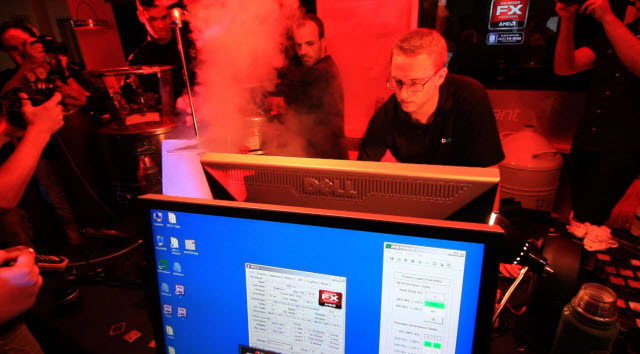 Advanced Micro Devices announced today that it has broken the world record for the fastest clock speed for a PC microprocessor.

The new 8-core AMD FX desktop processor can be overclocked (or run beyond the usual specifications) to as much as 8.429 gigahertz. 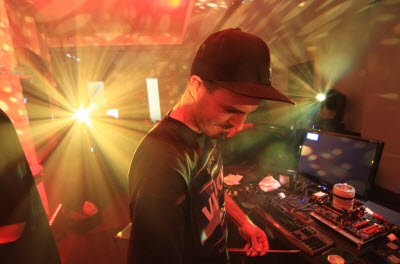 While that’s impressive, it isn’t really practical. Most of the AMD chips will run at much slower speeds, and the new world record simply means that, with expensive cooling power, AMD’s enthusiast fans have been able to coax one chip to run that fast.

Still, Sunnyvale, Calif.-based AMD should get a lot of marketing mileage out of that fact that its 8-core chips, code-named Bulldozer, can operate at record-breaking speeds. The AMD FX processor can be targeted at gamers who love extreme 3D graphics on multiple displays.

The chip is set to debut in the fourth quarter of 2011. The new record was set on Aug. 31 in Austin, Texas by Team AMD FX, a group of overclocking enthusiasts. The previous record was 8.308 gigahertz. Overclocking is a specialty skill where technical experts get chips to run at higher than normal speeds without melting down.