Advanced Micro Devices is taking a swing at Intel with Ryzen in a move that it hopes will reinvigorate the computer industry. Ryzen is the new brand name being announced today for AMD’s flagship desktop processor that will be introduced in the first quarter.

Formerly known under the code name Summit Ridge, Ryzen is the first processor that will be based on AMD’s highly touted Zen design, which took four years to design and could be AMD’s most competitive processor architecture in a decade. Ryzen will debut in the first quarter at a base speed of 3.4 gigahertz. It will have eight cores and 16 threads (or 16 programs that can run simultaneously), 20 megabytes of secondary memory known as cache, and a new power-saving technology called the AMD SenseMI.

Lisa Su, CEO of AMD, made the announcement at an event in Sonoma, California. She has high hopes for Ryzen and all of the Sunnyvale, California-based company’s processor and graphics products, including the Radeon Instinct chips announced yesterday. AMD plans to launch Zen-based server chips, dubbed Naples, in the second quarter, and Zen-based process-graphics combo chips (accelerated processing units, or APUs), code-named Raven Ridge, in the second half of 2017.

“We believe, whether you’re talking about desktop or servers, there are portions of the market that are not served well by the products that are there today,” Su said in an interview with VentureBeat. “I absolutely believe we’ll grow share. We’ll see how much we grow as the products roll out. But we feel very good about where we are.”

AMD believes that Ryzen processors will be great for PC gaming, which is expected to grow 25 percent from 2015 to 2018 (based on estimates from Jon Peddie Research). Ryzen is also targeted at virtual reality PCs, which are expected to grow 10 times by 2020, and for esports, which is expected to reach 292 million people this year alone. AMD expects a number of computer makers will announce systems throughout the first half of 2017. 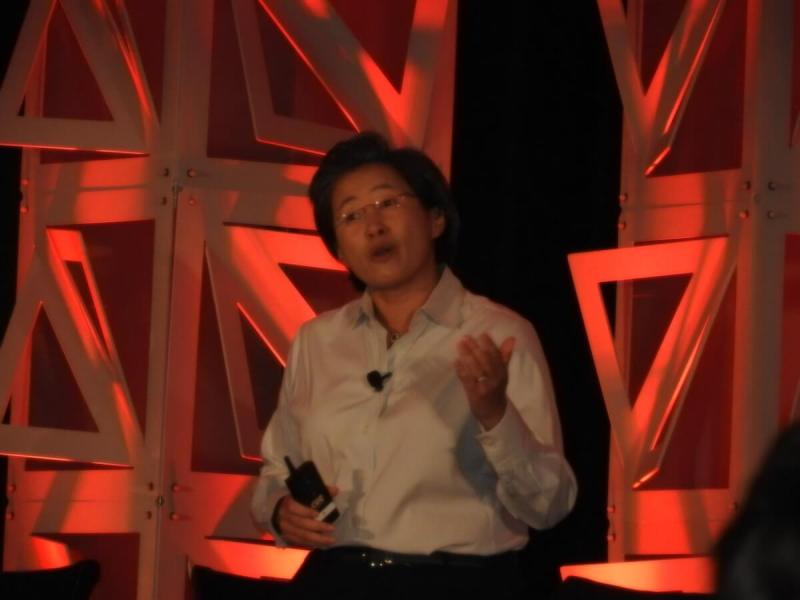 AMD said that its Ryzen processor will run at a speed of at least 3.4 gigahertz, said Jim Anderson, senior vice president of computing and graphics at AMD, in a press briefing. Overclockers will be able to take that base speed and run it at much higher peak rates, so long as they use advanced techniques such as liquid cooling.

The SenseMI technology can detect the power being used in almost every part of the chip, and it adapts the processor speed as necessary to maximize performance and minimize power consumption. AMD has also created “precision boost,” which enables overclockers to systematically boost the performance of the chip by applying more cooling to the system. AMD also touted its “extended frequency range,” which enables enthusiasts to overclock the system over a wider range than normal, thanks to liquid cooling.

The processor also features neural net prediction, which helps the processor predict processing branches and avoid stalls that result in delays while fetching data from memory. The processor also has smart prefetch, which improves the instruction level parallelism by anticipating the next piece of data that the processor needs.

Mark Papermaster, chief technology officer at AMD, said in a press briefing that AMD started from the ground up to design its new architecture four years ago. The company assigned as many as 300 engineers to work on Zen, which can process 40 percent more instructions per clock than the previous AMD chip generation.

“We needed a new approach to drive performance and power efficiency, scalable bandwidth, and low latency,” he said. 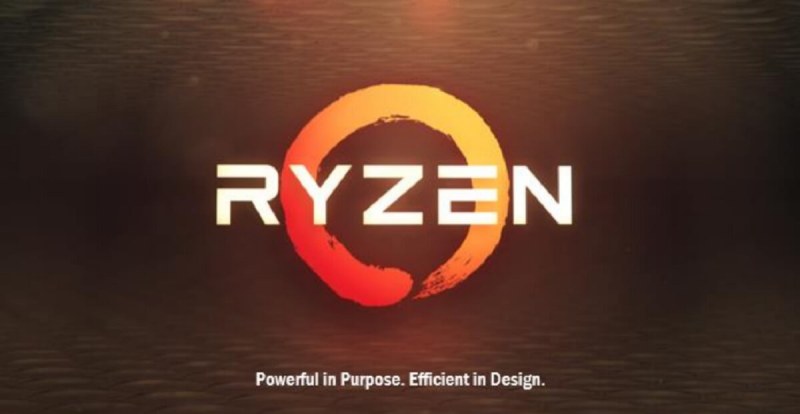 AMD created a networking technology, dubbed the Infinity Fabric, to make sure that the entire system could keep pace with the faster processor.

Su added, “Over our history of 47 years, we are at our best when we bring great technology to market.”

AMD has embraced “heterogeneous computing,” or systems that use more than one kind of processor. These are multi-core systems that gain performance not only by adding cores, but by adding specialized processing such as central processing units (CPUs) and graphics processing units (GPUs). These processors can be good for serial tasks, doing one thing after another, or doing parallel computation, or a lot of things simultaneously. This is a space where Su believes that AMD has a lead over its rival Intel.

In the past, the data being processed was simpler. Now it’s complex, with everything from visual data to sound. We’re now processing 2.5 quintillion bytes of data every day, Su said.

“We view the data center as both a problem and an opportunity,” Su said. “We lead in heterogeneous systems. We invested in the Zen architecture and will see a payoff in 2017.”

The Ryzen chips will use the new AM4 platform for systems. Using such a system, AMD showed a demo comparing Ryzen to Intel’s fastest Core i7 6900K processor in a demo of the HandBrake video application. In that 60-second demo, the Ryzen system beat the Intel machine by several seconds, without any overclocking boost. It also used less wattage than the Intel chip.

“We are extraordinarily excited about Zen,” Su said. “We are bringing [Ryzen] to desktops first because there has been no innovation in desktops. We’re bringing it to gaming. We are convinced we have a great processor. And this is the best product stack we’ve had in a decade.”

“AMD showed off a mixture of demos that give us more insights into Ryzen’s performance as part of a rolling thunder set of Zen announcements,” said Patrick Moorhead, analyst at Moor Insights & Strategy. “In AMD’s specific use cases, applications, configurations, settings and data sets, I can comfortably say that the pre-production Ryzen desktop platform kept up with Intel’s $1,049 Broadwell-based, Core i7-6900k and, in some cases, beat it. I looked hard to poke holes in the testing methodology and configurations, but I couldn’t.”

He added, “The ultimate performance comparison tests against the 6900K will be when third-party reviewers test production systems in Q1 2017 after Ryzen launches. It’s likely both AMD and Intel will have some tricks up their sleeve between now and then to make themselves look better. AMD hasn’t even shown turbo speeds, which will not only boost maximum performance, but could also impact power. This is the most desktop excitement in years, and just the notion of Ryzen being even close to Intel’s highest-end processor is impressive as this hasn’t happened in nearly a decade.”

And Moorhead said, “While there’s a lot of work to be completed by AMD, it will be interesting to see where AMD goes from here with their quad-core and dual-core offerings. That’s very important, as that’s where the unit volume, revenue and profit dollars exist, but it’s also where Intel has more competitive architectures. You see, the Intel 6900K uses an older microarchitecture, Broadwell, as Intel has moved onto Skylake, a 10-15 percent bump, for most of their desktop volume.”