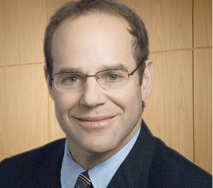 Enterprise pro Peter Levine, a former manager at Mayfield Fund that was a part of Citrix’s $500 million acquisition of XenSource, is joining the storied venture capital firm Andreessen-Horowitz to man its coverage of the enterprise sector.

Andreessen-Horowitz is well-established in the enterprise space — it has invested in cloud storage provider Box.net and Asana, a collaboration company started by Facebook co-founder Dustin Mokovitz and Justin Rosenstein. But managing a super-fund that’s worth nearly $1 billion can take a lot of work. Marc Andreessen and Ben Horowitz might both be enterprise pros themselves after orchestrating Opsware’s $1.6 billion sale to Hewlett-Packard, but they were short-handed enough to bring Levine on board.

Levine will focus on early-stage and mid-stage companies that are looking for investors in their first and second rounds of funding, he said. To kick that off, he’s invested in Bromium as his debut investment at Andreessen-Horowitz — a company that focuses on virtualization and security. It’s part of Levine’s investing ethos that he brings to the firm: the intersection of enterprise and mobile technology.

It’s a complicated enough trend, too — most large companies fret about bringing in external devices that might not be secure and are easy to hijack for information. But it’s a trend that is on its way regardless of what larger companies want, he said. There’s a huge opportunity for companies working on securing that data on Android devices and other mobile devices, which is what he said he wants to focus on specifically.

Levine will operate as a “venture partner,” a role the firm crafted just for him. It amounts to being a part-time general partner, he said. That means that he will be coordinating investments and also serve on the boards of companies he invests in. But he will also split his time with his current company Citrix, he said.