Some luminaries of our age have warned recently that machine intelligence is evolving at a breakneck pace. So breakneck, in fact, that machines might soon decide the world would be a better place if all our necks were broken. Thus begins the Machine Apocalypse, we’ll all rue the day we decided to tinker with this whole artificial intelligence thing.

A recent book on the subject — Superintelligence by Nick Bostrom — lays out a case for why the not-so-distant-future may indeed produce human-level machine intelligence that is self-aware and self-organizing. This intelligence would rapidly surpass human intellect and learn to outwit any attempts we might make to control it, leading to potential catastrophe. By tinkering with artificial intelligence (“AI”), Bostrom argues, we are akin to “small children playing with a bomb.”

Is there really cause for concern? A quick glance into some select alleyways of the AI research world might raise eyebrows over how close we may be to a future Skynet; the centralized AI in The Terminator that gained self-awareness and then set about killing almost everyone.

One notable instance is the RoboEarth project, which seeks to create a massive, global database of knowledge that intelligent machines can all tap into. These machines can then share what they’ve learned and accelerate their learning from the experiences of other machines. 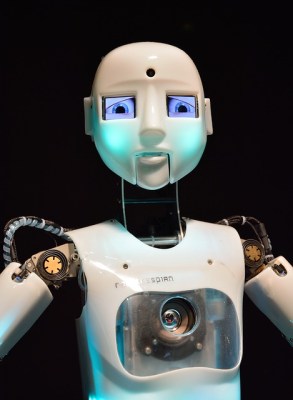 Another comes from Stanford University researchers who are building a vast, interconnected knowledge graph for machines (RoboBrain) that can learn from human demonstration, the Internet, or from the experience of other machines — a “World Wide Web for robots.”

Down another alley, we find the modern equivalent of mad scientists who have already created software replicas of the neural networks (or ‘connectomes’) of simple creatures like Drosophila (fruit fly) and C. Elegans (roundworm), hoping to create artificial brains that mimic the real thing. The roundworm connectome has even been ‘transplanted’ into a Lego Mindstorms EV3 robot that bumbles about in a way that is eerily purposeful. The idea that a giant robot with the mind of a fly or a worm might, one day, crash through city streets is no longer constrained solely to Japanese B movies.

Then you have Google, shelling out half a billion bucks for a company of researchers who developed an algorithm that learned how to play video games all by itself. The DeepMind system learned to beat humans on three out of seven of those games; Pong, Breakout, and Enduro. All of these classic games require the algorithm to decide from one of only three play choices; move left, move right, or don’t move.

The Machine Apocalypse scenario is the minority view of some admittedly very smart people who may or may not know the future of AI. One thing we know for certain is that anything that is effective at doing good is also effective at doing evil.

Before we start building bunkers and smashing our cable modems, it may be useful to take a look at the prognostications of a wider sample of experts. The perspective of an in-the-know majority is that the pace of advancement for artificial intelligence is indeed accelerating and that it will lead to myriad changes in society over the next two decades, many of which may render the world unrecognizable compared to what we see today.

A recent survey on the subject conducted by Pew Research canvassed 1,896 experts in the fields of AI and technology for their thoughts on the economic and social impact of AI and robotics between now and 2025.

VentureBeat is studying the entire CRO space.
Answer our survey now and we’ll share the results with you.

Nearly half of them predicted a future that is indeed bleak, though not in the way our machine apocalypse scenario predicts. Rather, they predict an economic apocalypse where machine intelligence grows to replace more and more of the labor and expertise of blue- and white-collar workers, leading to even larger economic disparity and a continued decimation of the middle class.

The resulting society would be burdened by a majority population who, without adequate preparation for the changing workforce, would be difficult to employ. We might call this dystopian vision the ‘majority pessimist view’ of the future of AI.

A slightly larger half of the experts Pew surveyed have a more optimistic outlook. Many point out that technological development historically has created more jobs than it has displaced. While this has required periods of adjustment, these advancements have not crippled society as some predicted.

For example, the popularization of the Internet and the migration of telecommunications from landline to a cellular-based communication network quickly led to entirely new sectors of economic development, creating a rapidly adapting workforce to support those sectors. Both of these step changes in technological development led to gold rushes in opportunity and ingenuity, sweeping out inefficiencies of the old economy in favor of innovation, rapid growth, and new economies of scale.

A primary takeaway of the Pew report is that advanced machine intelligence (in the form of AI and robotics) will become integral to almost every aspect of our daily lives. And there is no doubt that intelligent services will replace many of the services humans perform today. Teenagers who now mow lawns or deliver pizzas may need to find some other source of summer income. More significantly, with self-driving cars, we could see a drastic reduction in available jobs for taxi drivers, truck drivers, and agricultural equipment operators.

A vast segment of the workforce will need a shift in education to prepare them for the new AI economy. And experts in the Pew report agree that our current educational system is failing to prepare us for that future. Skills in engineering, programming, and mathematics will be more valuable than ever. And notably, with many white- and blue-collar jobs disappearing, we may see an increased valuation of now-undervalued jobs that cannot be replaced by smart machines in areas such as creative arts, social services, and education. Currently “overvalued” areas like sports and entertainment are also likely to see their value maintained or increased.

Duty now for the future 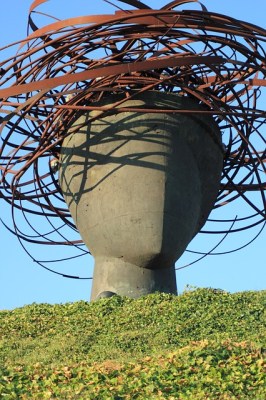 There is no doubt that we are in the middle of a quantum leap in machine intelligence (to the extent that you can be “in the middle” of anything quantized), though history leads many to be skeptical.

The field of AI research has seen fits and starts of excitement since its earliest days, when, in 1949, McCulloch & Pitts developed the first “artificial neuron” algorithm that could learn the logical concept of “or” from a few simple examples, without any human programming.

Contemporaneously, researchers at MIT and elsewhere developed symbolic processing approaches to intelligence that showed specialized algorithms could do many of the things we thought only humans could do, like playing games and engaging in simple conversations. Both approaches initially showed a great deal of promise, and suddenly the future seemed clear. “General artificial intelligence” was just around the corner, and machines were coming that would think and learn on their own, make interesting conversation during long, interplanetary travels, and hopefully not go haywire and lock us out in the cold vacuum of space.

But the cold vacuums that ensued turned out to be of our own making, and giddiness turned to aversion when these two parallel fields of AI research — neural networks and symbolic processing — both failed to live up to their promises. “AI Winters” ensued in the 1970s and again in the late 1980s-1990s, where funding dried up despite isolated successes in areas like expert systems (for the symbolic approach) and neural nets that proved handy for automatically reading zip codes and scratching people’s names and phone numbers into early PDAs.

The renaissance we see today owes primarily to continued developments in both of these fields from researchers who refused to say die despite being ignored for years by almost everyone.

Now, we are at the dawn of a new age of intelligent services where symbolic approaches and large neural networks are fusing together — bolstered by a perfect storm of exponentially growing quantities of data and processing power — to create services that will redefine our expectations.

We already see a swell in consumer demand for experiences that require AI at their core. Siri, Google Now, Cortana, and a host of context-aware apps are leading consumers to believe that “my device should know me, learn from me, and adapt to me.” This new expectation will drive funding for corporate-level AI research and investment and will force consumer service companies to focus on delivering highly personalized experiences.

A great example is Viv Labs, founded by the creators of Siri. Viv has created technology that uses a combination of symbolic reasoning and unsupervised learning to create machine intelligence that will redefine our expectations for the next generation of personal assistants.

From major investments by big players like Google, Microsoft, Facebook, IBM, and Baidu to an explosion of AI-based startups like Vicarious, Sentient Technologies, Luminoso, Jibo, MetaMind, Loop AI Labs, and the recently-acquired Blue Labs, we see the ramp-up to a coming space race to develop general machine intelligence that will launch us into a new era.

Major sectors of the economy — such as healthcare, finance, insurance, and retail — stand to benefit enormously from the efficiencies this new era of machine intelligence will bring. People’s lives will become easier, safer, and more productive. And they will offload manual labor and repetition to make room for doing what people do best: creating.

As has always been the case, these changes will come with costs, and society will need to change in response. Most importantly, social structure and public policy will need to adapt to support a changing economic landscape, or the dystopian vision of the “majority pessimist view” will become reality. These changes will certainly be resisted by the old guard — even by those who feel they are already on the cutting edge.

But make no mistake, Chicken Littles, the sky isn’t falling just yet.