Apple’s plan to move its Mac family of computers from Intel’s Core-series CPUs to self-developed ARM processors has been an open secret for years, with each new macOS release — and subsequent small hints to developers — helping to ease the eventual transition. Today, Apple made the impending switch official, letting developers and customers know during its WWDC 2020 keynote that it will start the chip transition to Apple silicon this year.

The company’s recent struggles with Intel chips are well documented, reportedly including the redesign of entire laptops, thermal performance controversies, and even postponing its first 5G iPhones due to chip development problems. Meanwhile, Apple’s internal chip teams forged ahead with industry-leading smartphone and tablet chips, setting the stage for ARM-powered laptops. Apple chip lead Johny Srouji notes that the X-suffix processors built for the iPad now deliver 1,000 times the graphics performance of the original model after just 10 years, while the Apple Watch has achieved best-in-class performance for its size. The company has delivered 2 billion total system-on-chip (SoC) processors since it began producing its own CPUs. 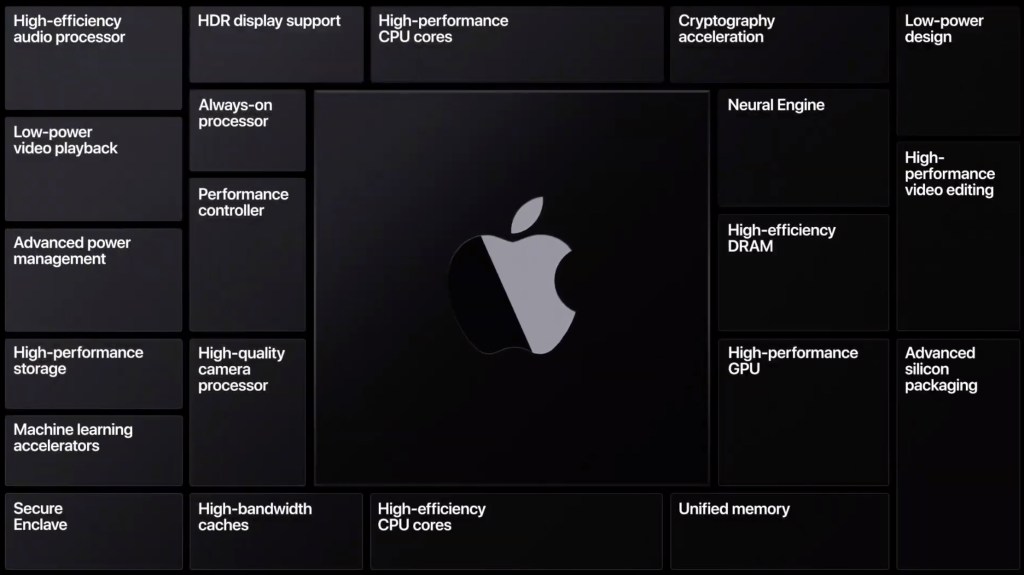 Performance alone is just one advantage Apple will achieve, Srouji says; other benefits will include better power management, a superior Secure Enclave, and higher performance GPU than before — plus Neural Engine improvements for AI. There will be a family of Mac-specific SoCs, using a common architecture across all of Apple’s product lines.

If there was any question whether Apple could make a Mac-caliber processor, that was extinguished with the 2018 release of the third-generation iPad Pro. Backed by the Apple A12X Bionic chip, that model roughly matched the performance of Intel Core i7 MacBook Pro laptops in single- and multi-core tests; graphics compute benchmarks were roughly equivalent to Microsoft’s Xbox One S console.

Initially, Apple will transition developers over to the new ARM chip using the same A12Z Bionic chip found in the latest 2020 iPad Pro. Released in March, the 2020 iPad Pro delivers around 10% better GPU performance than its 2018 predecessor, but much bigger changes are likely in store for the unnamed Mac-specific chips. It appears increasingly likely that those chips will have their own name, separate from the A-series branding of iPhone and iPad processors. 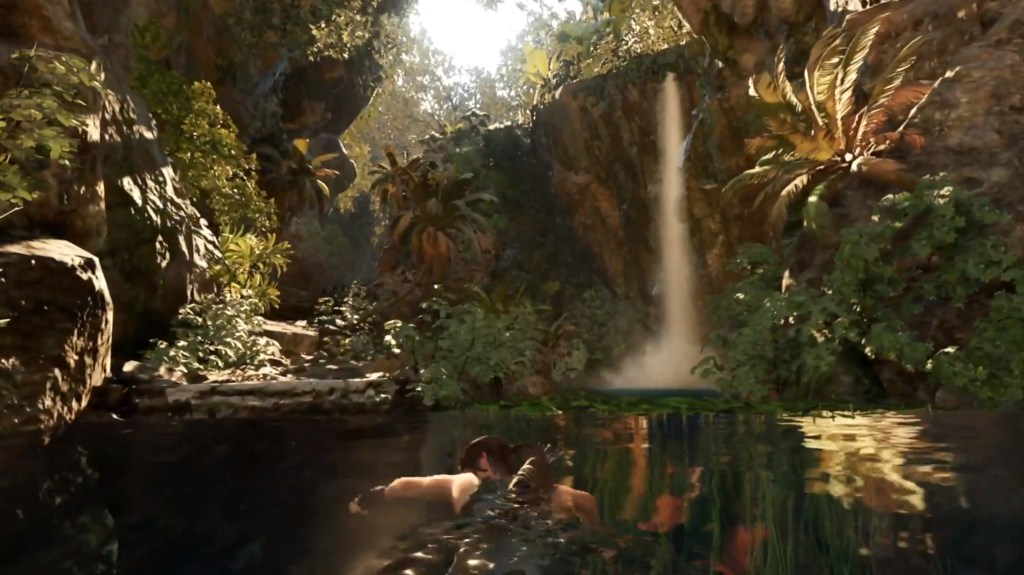 Above: Tomb Raider running under emulation on a Mac with Apple silicon.

To support old and new apps, Apple will use Rosetta 2, integrated emulation software, to enable ARM-based Macs to run Intel code. In the prior PowerPC to Intel transition, Apple used Rosetta to let PowerPC apps run with performance compromises on new Intel machines, but Apple says the performance should be much faster for Intel apps running on ARM Macs. Additionally, ARM Macs will be able to run unmodified iPadOS and iOS apps, however, Intel Macs will not be able to do so unless the iPadOS and iOS apps are updated.

Apple says that it will ship its first ARM Mac by the end of 2020, and plans for a two-year full transition. It’s worth noting that similar language was used ahead of the Intel switchover in 2005, but Apple completed the move “ahead of schedule” in only a year. In the interim, developers will have access to an A12Z-based Mac mini Developer Transition Kit. The machine will include 16GB of RAM and a 512GB SSD for storage, but will not be available to regular consumers.

The decision to take the hard road of releasing a developer-only ARM Mac is particularly interesting given the easier alternative — enabling an off-the-shelf iPad with similar components (and a Magic Keyboard accessory) to run macOS instead. Although this might have thrilled the millions of people who have hoped for years to see an Apple tablet with the choice between macOS and iPad OS options, Apple apparently doesn’t want to give iPad users false hope for such a device, or possibly tip its hand by letting developers play with a touchscreen or convertible form factor Mac when no such option is available in its laptop lineup. 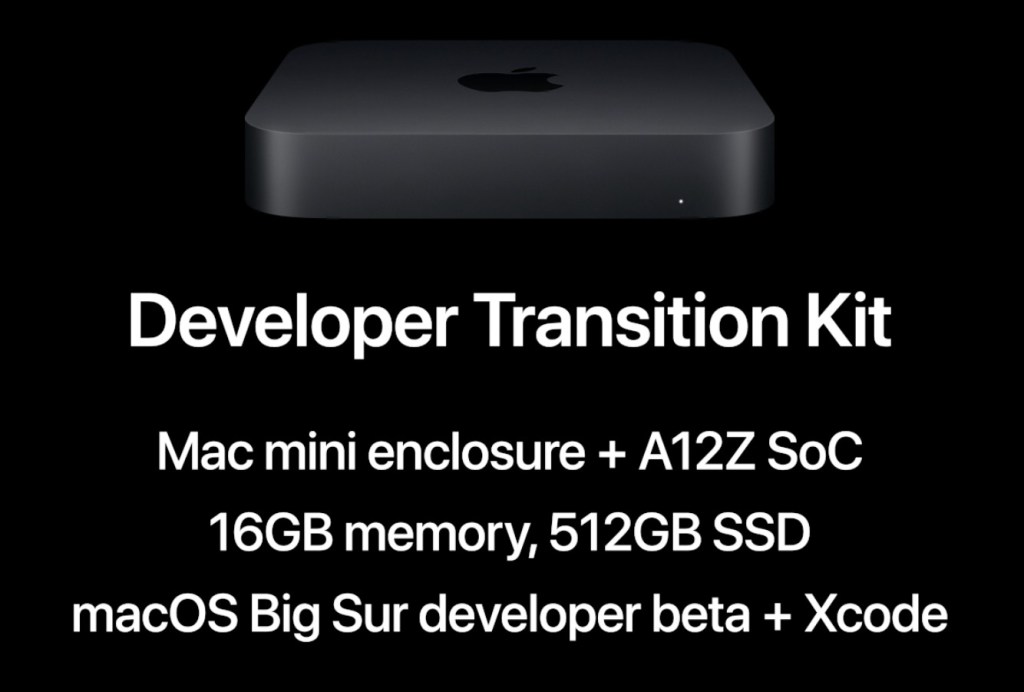 This just-for-developers platform follows the same strategy Apple employed with the Intel-based DTK 15 years ago, when it placed a small but powerful Pentium 4 motherboard inside its prior PowerMac G5 casing, and offered a custom Mac operating system — 10.4.1 — that could run PowerPC apps under emulation on Intel’s chips. While the first Intel Macs actually launched with superior, next-generation Core-series processors, the DTK let developers experience worst-case legacy app performance, and hopefully do better before the consumer Mac release.

Apple required all Intel DTK units to be returned after one year, giving developers the first Intel-based iMac in exchange — a policy that led most of the leased development hardware to disappear, with relatively few remaining units winding up in collectors’ hands. We’ll have to see whether the ARM-based version becomes a similarly obscure collectible.

Interested developers can apply for the Mac mini Developer Transition Kit hardware starting this week. The Kit will come with a beta version of macOS Big Sur for testing purposes and cost $500, with the requirement that the DTK be returned “at the end of the program” — potentially for a more powerful Mac mini with final Mac-specific silicon inside.