A beta version of Swift is available now for members of Apple’s developer program.

When it comes to speed, Swift is great. Swift is also modern with features like closures, multiple return types, and namespaces. Swift is completely native to both Cocoa and Cocoa Touch. 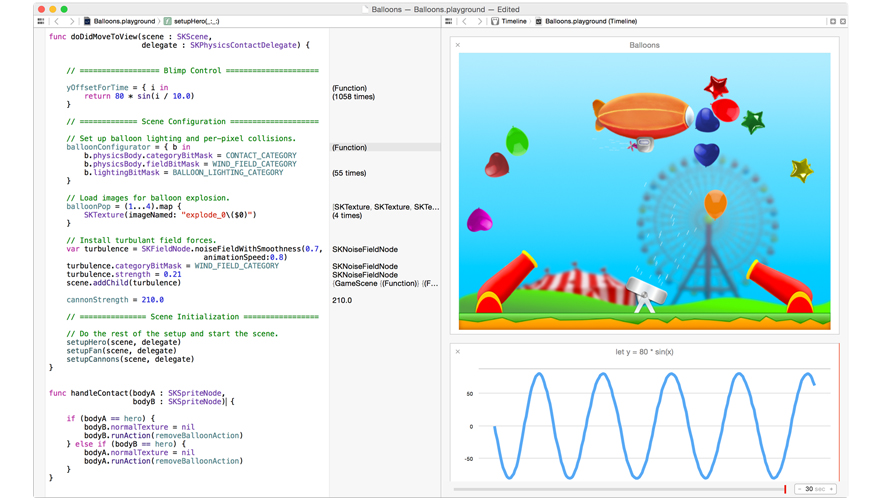 Federighi claims that Swift is far better at handling RC4 encryption compared to Objective-C and Python: 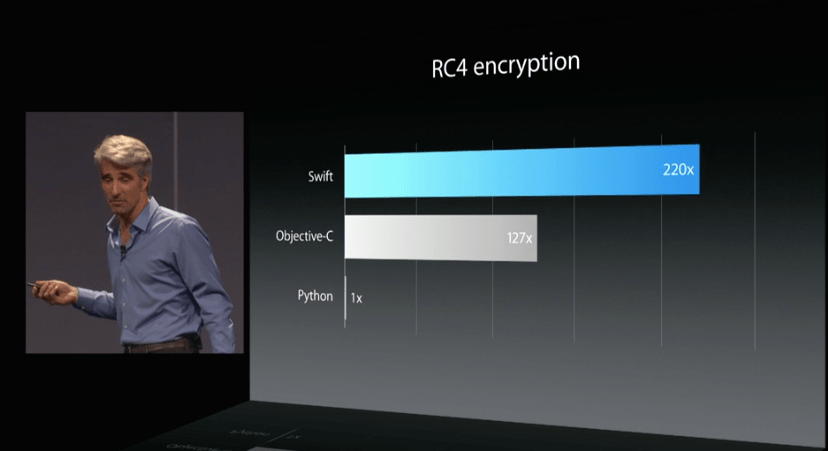 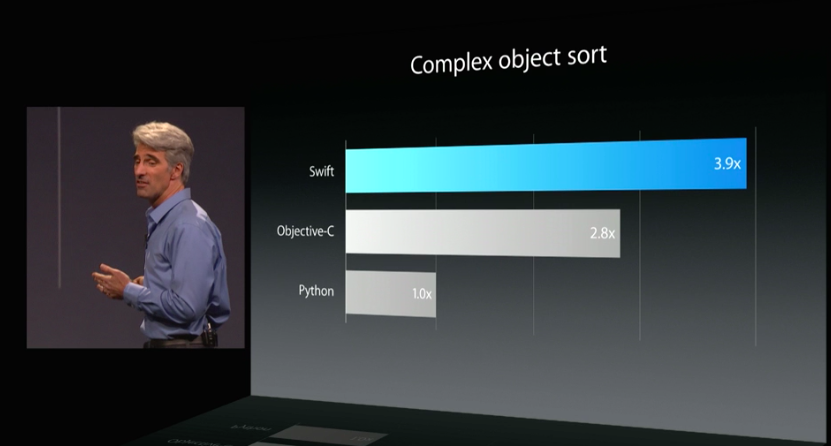 In a press release, Apple calls Swift “a powerful new programming language for iOS and OS X that makes it easier than ever for developers to create incredible apps.” Apple claims that “Swift helps developers write safer and more reliable code by eliminating entire categories of common programming errors, and coexists with Objective-C code, so developers can easily integrate Swift into their existing apps.”

According to Federighi, “Swift is going to be ready for primetime out of the gate,” and will feature “complete Xcode support.” Additionally, as soon as iOS and OS X are made available, Federighi says developers “can submit Swift apps to the App Store.”