At its event in Cupertino today, Apple announced the iPad Air 2. The successor to the original iPad Air is the latest version of the company’s full-sized tablet. 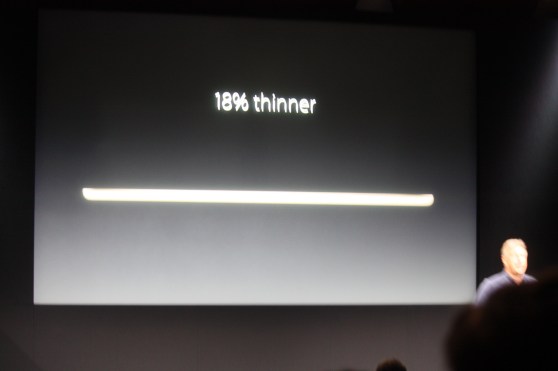 This is made possible since the LCD, glass, and touch sensor are optically bonded together — there are no air gaps. Furthermore, an anti-reflective coating on the glass reduces reflections by 56 percent, according to Apple’s Phil Schiller. 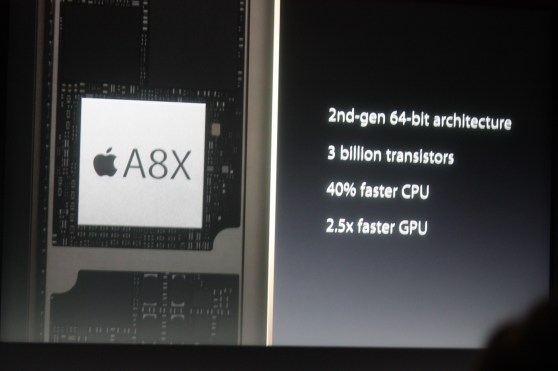 All of this is powered by the new 64-bit A8X processor, the tablet version of the A8 chip in the iPhone 6 and iPhone 6 Plus. Also worth noting is that the iPad Air 2 has 180 times the graphics performance of the original iPad.

The new iSight camera has an 8MP sensor, can handle 1080p HD video, and has gained iPhone’s burst mode as well as Timelapse features. Schiller insists that a 9.7-inch screen with a camera attached somehow makes sense.

As for connectivity, Apple is promising the device can handle speeds of up to 150Mbps and now features 20 LTE bands. 802.11AC with MIMO has also been added, which should mean faster Wi-Fi, if your router supports it. 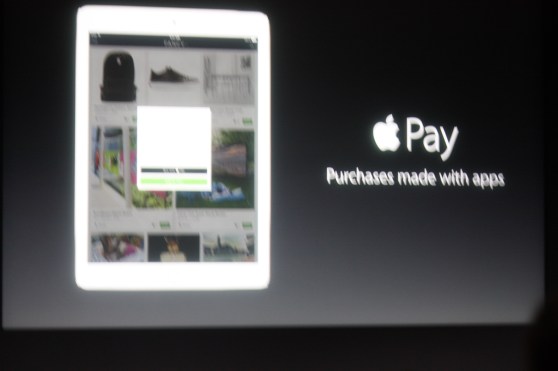 The iPad Air 2 will get you 10 hours of battery life. That’s one area that isn’t getting a bump, as always.

Last but not least, the iPad Air 2 brings Touch ID to Apple’s tablet line, just like the leaks indicated. This is in conjunction with Apple Pay, which launches Oct. 20. You will be able to use Touch ID to make payments online, but not in retail stores.