Apple is the last major tech company to report its diversity statistics and it confirms that all the major Silicon Valley-based companies have virtually the same racial and gender makeup.

We visualized Apple vs. its competitors in one handy mega chart above; then we broke the chart up into just the percent of white tech employees and male tech employees below that.

As for men in technical positions, it hovers around the 80 percent mark, like all other companies. 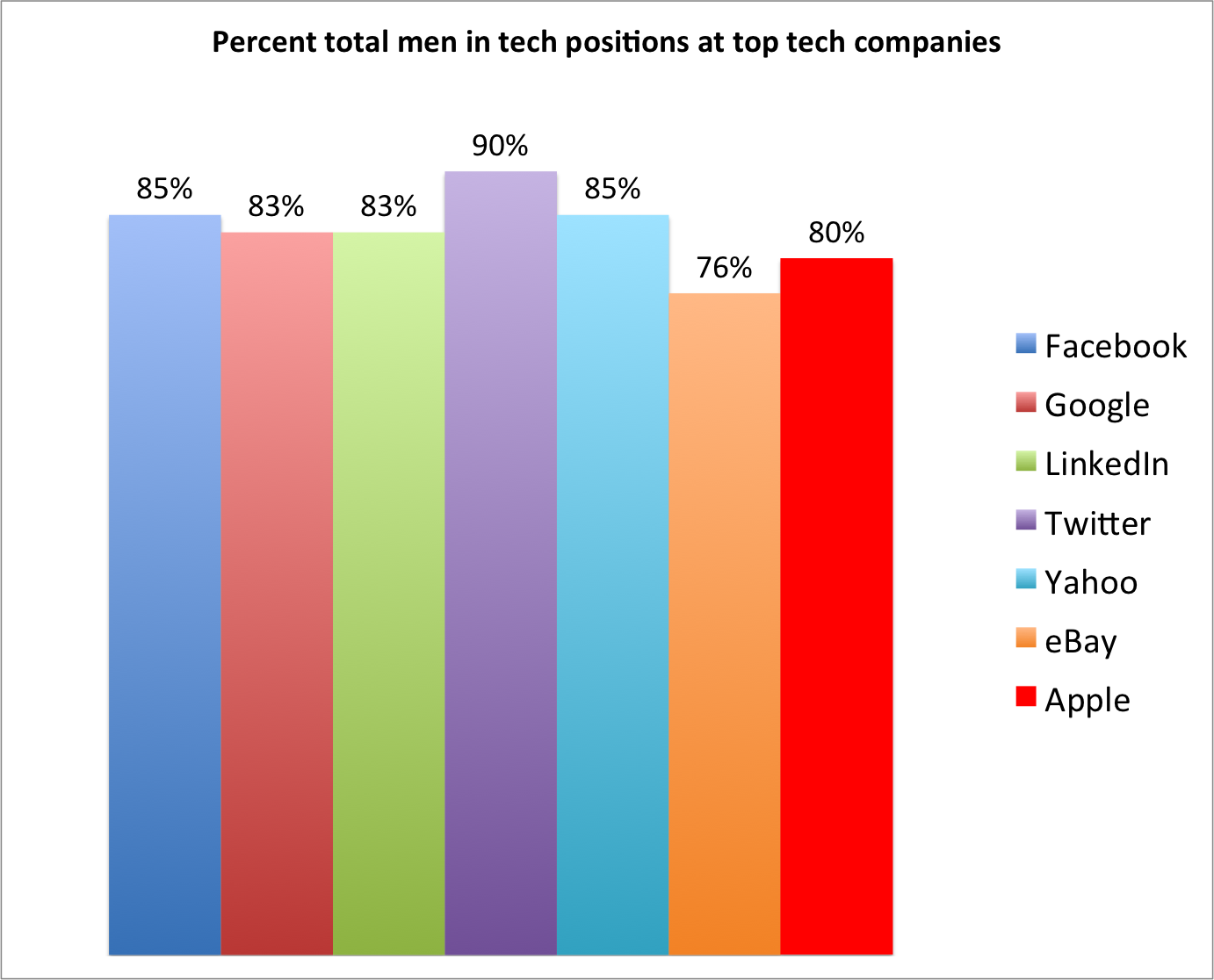 For race in technical positions, Apple is 54 percent white, with those of Asian background making up the second-largest group (23 percent). 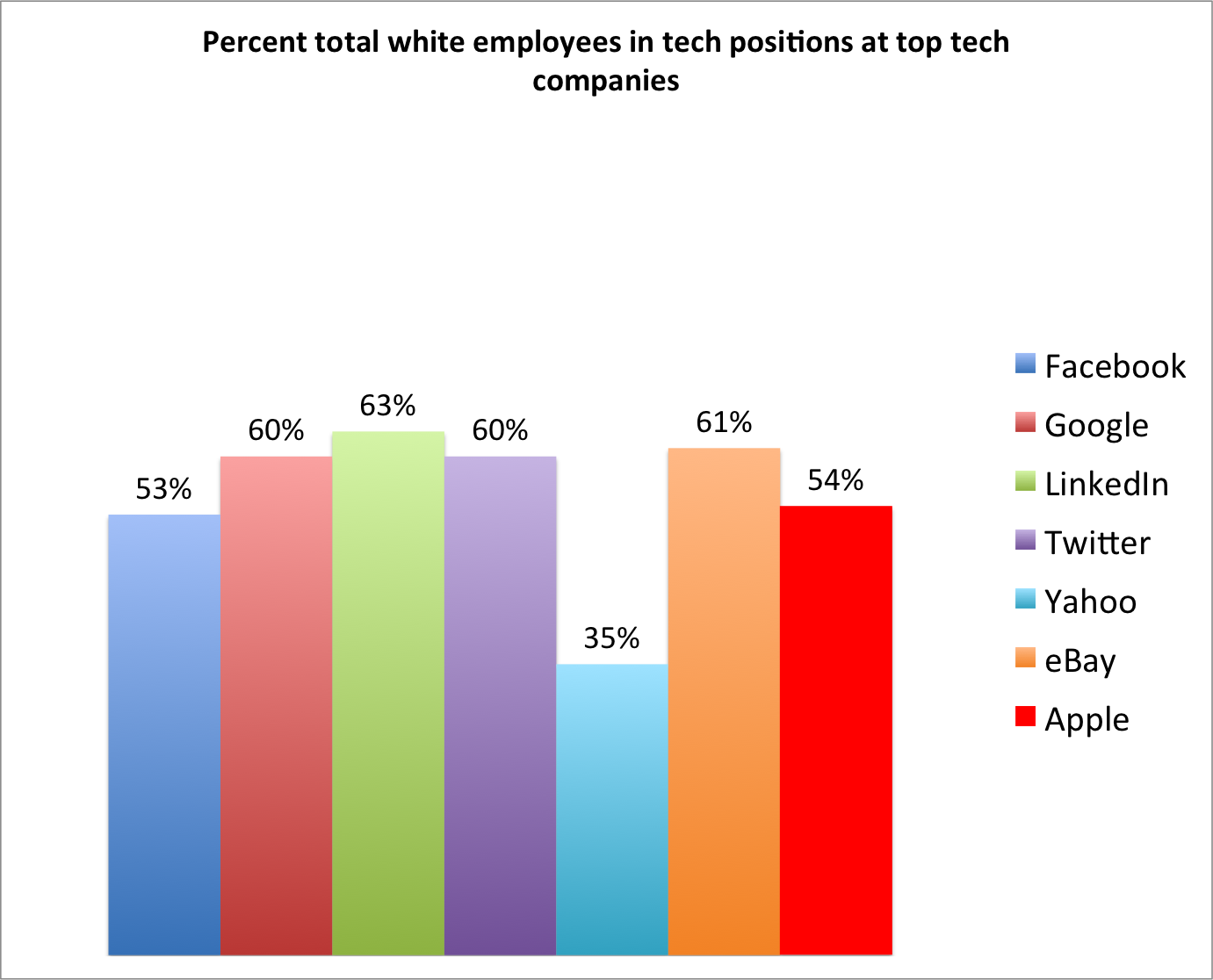 As we have noted before, this compares similarly to the total talent pool of women and non-white folks in computer science. African Americans only make up 10 percent of computer science program graduates nationally; women make up about 20 percent. Below, we compared Google’s diversity statistics to the existing talent pool. 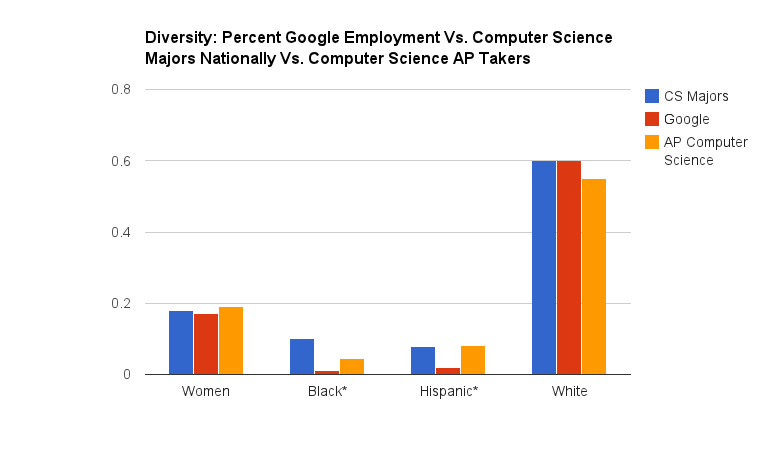 Apple CEO Tim Cook did mention in the company blog post that he thinks race and gender are not the only things to consider. “Our definition of diversity goes far beyond the traditional categories of race, gender, and ethnicity. It includes personal qualities that usually go unmeasured, like sexual orientation, veteran status, and disabilities.”

Curiously, this facts were left out of the data released. It would be good to know if tech companies are more representative on these other important characteristics. Perhaps in the next round of diversity reports they will be.

You can read the full diversity report here.