Apple had its best quarter ever in education, CEO Tim Cook said today on the company’s quarterly earnings call. That includes the companies highest sales ever, and a 94 percent tablet market share for iPad.

“We had over a billion dollars in revenues for the first time ever,” Cook said. “Macs were up 8 percent — while the PC market was down 12 percent — and iPad sales were up 22 percent.”

Apple sold 14.1 million iPads in the last quarter, plus 33.8 million iPhones, and reported revenue of $37.5 billion. The company also reported income of $171 billion for its fiscal 2013 full year, with $37.5 billion in profits. 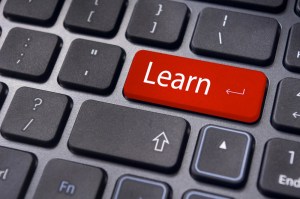 The biggest news regarding tablets, education, and Apple, of course, is the Los Angeles Unified school district, where Apple and administrators have entered into a deal worth hundreds of millions of dollars to supply every student with an iPad.

There are some hints of competition, and much of the noise recently has been around Google’s Chromebooks, which offer desktop-style computing with a full keyboard on essentially a thin client running the company’s Chrome operating system, and many different web-enabled but offline-capable apps. Chromebooks are often available for just a few hundred dollars, dropping down to $99 for the occasional holiday promotion.

“We do see Chromebooks in some places,” he admitted. “But the vast majority of people are buying PCs, Macs, or an iPad. Our share of tablets in education is 94 percent … which is sort of unheard of. I’ve never seen that kind of market share before.”

Even in scale, iPads typically run about $500 to $600 per student, when a case and keyboard.