Amazon has been spreading its proverbial wings of late, delving ever deeper into every orifice of ecommerce. Its latest endeavor? Alcohol. The Internet giant revealed yesterday that it would begin delivering beer, wine, and hard liquor to U.S. consumers for the first time, kicking off in Seattle.

The service is exclusive to members of its annual $99/year Prime subscription, and represents part of its speedy Prime Now offering. Shoppers will be able to order booze within a one- or two-hour window — the latter timeframe is “free” delivery, the former will require an extra fee.

Given that the company had already expanded into general groceries, this latest move perhaps isn’t all that surprising. But as with its other businesses, Amazon’s move could affect local retailers and other startups already operating in the space.

Indeed, there has been a flurry of booze-delivery startups launching in the past couple of years, perhaps too many to count. And some have managed to land significant venture capital funding along the way.

Here, we take a look at some of the companies currently helping you get drunk using technology. 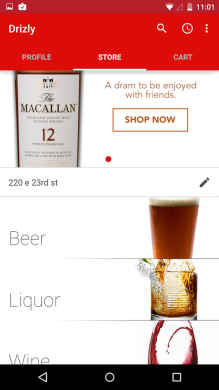 Launched out of Boston in 2013, Drizly has raised a mammoth $18 million in funding to expand its on-demand booze delivery emporium countrywide.

The company promises delivery in 20-40 minutes, through web and mobile apps.

With almost $2 million in funding, Minibar has been gradually edging outside its native New York and into other U.S. markets since it launched in early 2014. Today it’s available in San Francisco, Chicago, Los Angeles, Dallas, Houston, Denver, San Diego, and Miami, among other cities.

Similar to Drizly, the company partners with local liquor stores and promises speedy delivery on wine, spirits, beer, and mixers — in under an hour. You can order on the Web or through dedicated mobile apps.

Based out of New York, Thirstie has raised $1 million in funding to date and is available through mobile apps and the Web, in most major U.S. cities.

Thirstie tries to deviate slightly from Minibar and Drizly by focusing on recommendations. And back in June it launched a new platform called The Craft, which serves up both original and third-party editorial content.

Founded in 2012, Instacart is a grocery delivery startup that lets regular people buy and deliver groceries on behalf of other people. And this includes alcohol.

Available in 16 U.S. cities, Instacart teams up with local grocery stores and connects buyers with personal shoppers who collect and deliver your order the same day.

For orders over $35, you’re given a two-hour or scheduled delivery slot for a $4 fee, while “within an hour” deliveries start at $6. For orders under $35, a two-hour or scheduled delivery will start at $8, while the hour-slot starts at $10. The company also offers Instacart Express, an annual subscription that promises free two-hour deliveries on orders in excess of a predetermined amount.

Available through the Web and mobile apps, Instacart has raised $275 million in funding to date. 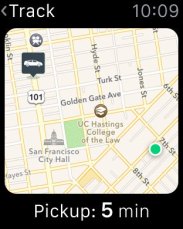 Above: Postmates on Apple Watch

Postmates is similar to Instacart in many ways, connecting shoppers with buyers and foot-soldiers through an app. It promises the delivery of groceries (including alcohol) in under an hour.

But for those who like to keep all their delivery eggs in one basket, Postmates focuses on general goods too. Even the mighty Apple uses the service to expand its own same-day delivery options to customers.

Postmates has raised a sizable $140 million in funding to help grow its crowdsourced courier service.

Moving away from the all-encompassing delivery startups such as Thirstie, Drizly, and Minibar, Flaviar is aimed squarely at spirits connoisseurs, covering rum, vodka, whiskey, gin, cognac, and all the rest.

Founded out of London in 2012, Flaviar has raised around $500,000 in funding since its launch. And in response to a growing demand for Flaviar in the U.S., the startup joined Y Combinator last summer and moved its HQ to San Francisco.

At Flaviar’s core is a liquor-sampling service that delivers an array of hand-picked spirits to your door each month, but it also lets you buy individual bottles. It’s available on the Web and through an iPhone app. 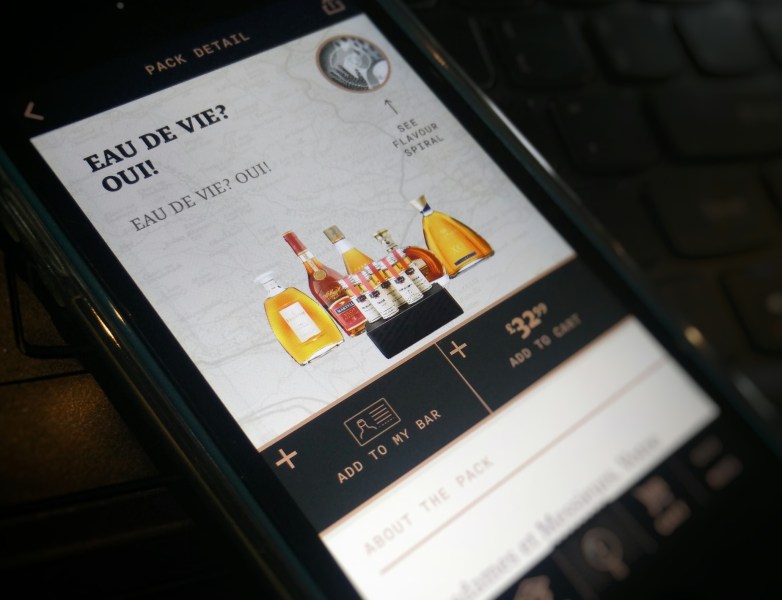 Above: Flaviar: For fans of spirits

Flaviar ships to most U.S. states and the majority of the European Union. But it’s not for those in a hurry — it can take weeks for your shipment to arrive, though there is an express delivery option for those in Europe which speeds things up to a matter of days.

Founded in 2013, Distiller focuses purely on the whiskies of the world and, similar to Flaviar, this isn’t a service for those in a hurry. Bottles may take days or weeks to arrive.

Until recently, Distiller was more about recommendations, ratings, expert reviews, and general social networking around the tipple. But back in July, the Seattle-based company opened up to orders, too, thanks to a partnership with Ezra’s. 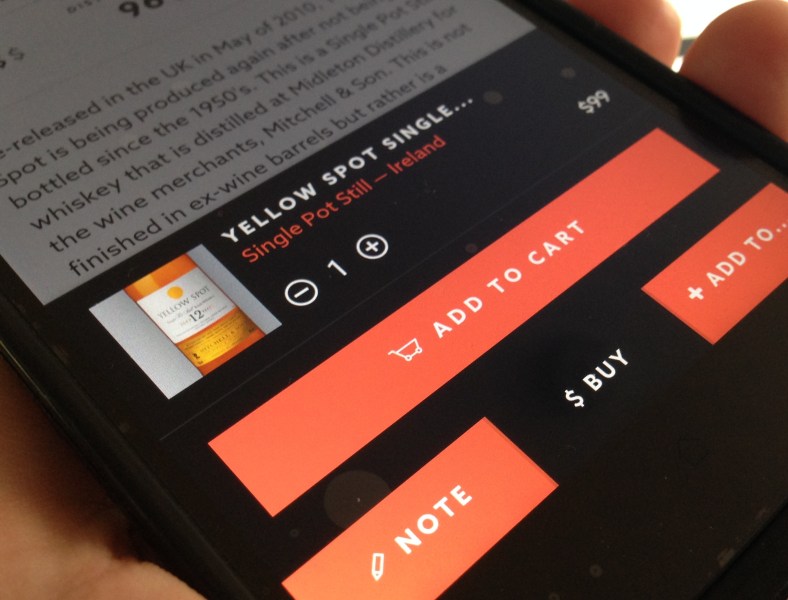 Available through the Web and mobile apps, Distiller’s ecommerce function is only open to U.S. consumers — those who live in states that permit the delivery of spirits by mail.

The seven companies outlined here are just the tip of the iceberg — in the past year or so, the likes of Chicago’s Drinkfly, Austin’s BrewDrop, New York’s Ultra and Swill, L.A.’s Sqyre and Saucey, and more have launched to stake their claim to a slice of the booze-delivery pie.

Alcohol delivery is clearly big business, and with the advent of smartphones, millions of people now have an on-demand liquor store in their pockets. And Amazon wants in on the action.