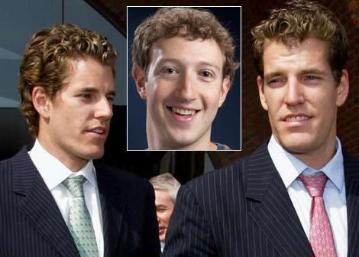 Facebook and erstwhile rival social network ConnectU reached a settlement last month, after a lengthy court battle. ConnectU’s founders were given Facebook stock, in what was a de facto acquisition of the company by Facebook. But ConnectU’s founders have been trying to keep the case open — they’ve claimed to have new evidence that Facebook low-balled the value of the stock they received for the settlement.

This new evidence, according to a court document obtained by the New York Times, is as follows:

The Term Sheet and Settlement Agreement is also unenforceable because it was procured by Facebook’s fraud. Indeed, based on a formal valuation resolution approved by Facebook’s Board of Directors but concealed from ConnectU, the stock portion of the purported agreement is worth only one-quarter of its apparent value based on Facebook’s public press releases.

So, ConnectU has apparently obtained a copy of a tax document showing that Facebook valued itself at $3.75 billion after Microsoft and other investors put millions into the company at a $15 billion valuation, but before the settlement was concluded. If ConnectU’s founders, brothers Cameron and Tyler Winklevoss and Divya Narendram, had gotten the stock at the lower price, they would be able to sell the stock for well below the $15 billion valuation and still make a hefty profit. Because they got the stock at the $15 billion valuation, they won’t be able to make a profit until they can sell the stock for above that valuation. In other words, ConnectU is walking away with less than it thinks it deserves.

However, as many of our readers know very well, private company valuations are murky. In this case, Facebook sold Microsoft preferred stock as part of a larger deal, such as an advertising agreement whereby Microsoft would exclusively sell some ads for Facebook. This preferred stock likely has all sorts of rights that the common stock issues as options to employees doesn’t.

Meanwhile, rumors have been popping up recently that Facebook employees are in fact trying to sell some of their own shares, based on a rumored $3-$4 billion valuation. The myriad ways that Facebook could have structured its valuations and equity terms over the years could make any number of things possible. We probably won’t know how much the company is actually worth until the company files for an initial public offering, because we don’t have enough information.

But we do know one way that Facebook employees could be selling stock at valuations less than $15 billion. Facebook’s first investor was Peter Thiel, who also founded venture firm the Founders Fund. This firm allows founders and early employees to sell stock during subsequent funding rounds, a class of stock it calls “Series FF“. So at any point over the last several years, at least a handful of early Facebook employees could quite legitimately have been selling shares at less than the then-current valuation, and making a profit.

The Founders Fund itself has also participated in subsequent funding rounds, and it — and maybe the other investors — could have built Series FF-style stock sale agreements into the employee stock option pool.

In other words, only Facebook — and maybe ConnectU and the courts — have much of an idea of what’s happening with Facebook stock sales.

Note for those who haven’t been following the case: Before founding Facebook, Mark Zuckerberg used to write code for a rival college-focused social network called ConnectU. The latter company, which has never gained significant traction, has been trying to sue Facebook to reclaim what they say is intellectual property stolen by Zuckerberg and used to make Facebook successful.

[Picture of Zuckerberg superimposed over another picture of the brothers Winklevoss, via the Sydney Morning Herald.]