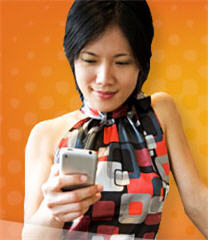 [Correction: This post originally and incorrectly implied that AT&T does not have MMS support for other phones already.]

AT&T has officially declared that MMS (multimedia messaging) service for the iPhone will begin on the 25th of this month. iPhone owners will finally finally finally be able to send and receive pictures, audio and video as easily as they now send text messages. One reason iPhone owners begrudge the delay is that AT&T has supported MMS on “nearly all our other phones” for years, as an AT&T spokesman just called to tell me.

Technically, AT&T missed the “late summer” promise we wrote about in June by a few days, but it’s unlikely anyone is surprised. AT&T’s prepared statement backhandedly blames bandwidth-hogging iPhone users like me for the delay:

“The unique capabilities and high usage of the iPhone’s multimedia capabilities required us to work on our network MMS architecture to carry the expected record volumes of MMS traffic and ensure an excellent experience from Day One.”

Unlike most claims made by phone companies, no one doubts that AT&T’s Herculean, flat-out crazy task of supporting every iPhone user in America is one it can’t perform flawlessly. The announcement quantifies the size of that task a bit:

“Wireless use on our network has grown an average of 350 percent year-over-year for the past two years, and is projected to continue at a rapid pace in 2009 and beyond. The volume of smartphone data traffic the AT&T network is handling is unmatched in the wireless industry”

The MMS rollout, which AT&T says will be done through a software upgrade, will leave tethering — the ability to connect the iPhone to a laptop and use it as a cellular modem — as the last major iPhone feature unsupported by AT&T. The carrier has not announced plans to support tethering, but rumors persist it will become available in the next few months as a premium subscription service that may cost as much as $70 per month.