SalesHero, a platform that meshes robotic process automation (RPA) with artificial intelligence (AI) to help businesses automate repetitive software-based processes, has raised $14.5 million in a series A round of funding led by Atomico, with participation from Baidu Ventures and Cherry Ventures. The San Francisco-based startup also announced that it is now called Automation Hero — a name-change that reflects its renewed focus beyond sales teams.

While RPA may not be the sexiest concept to emerge from the technology sphere, it is becoming a driving force behind companies’ efforts to optimize workflows through automation and machine learning. In a nutshell, RPA involves installing software that sits on top of a company’s own applications and observes what an employee does at the user interface level. The software records these repetitive clicks and can then automate this process 24/7 (if required). In terms of specific use cases, well, it could be anything from continuously extracting data from LinkedIn and entering it into a customer relationship management (CRM) database to completing and submitting web forms.

The benefits of RPA are threefold. It reduces human errors due to fatigue, allows employees to focus on more fulfilling tasks, and improves a company’s overall efficiency.

As with some of its peers, Automation Hero is not selling itself strictly as an RPA platform — instead it is stressing the way its AI enhances RPA functionality, for what is known in the industry as intelligent process automation (IPA). However, many of the big names in the RPA realm first started developing their systems more than a decade ago — Automation Hero’s pitch is that its platform was built with AI and machine learning at its core from the get-go.

Through its Flow Studio application, users can create advanced automations through “point-and-click” connectors, with “click robots” extracting data from any user interface (web or desktop application). 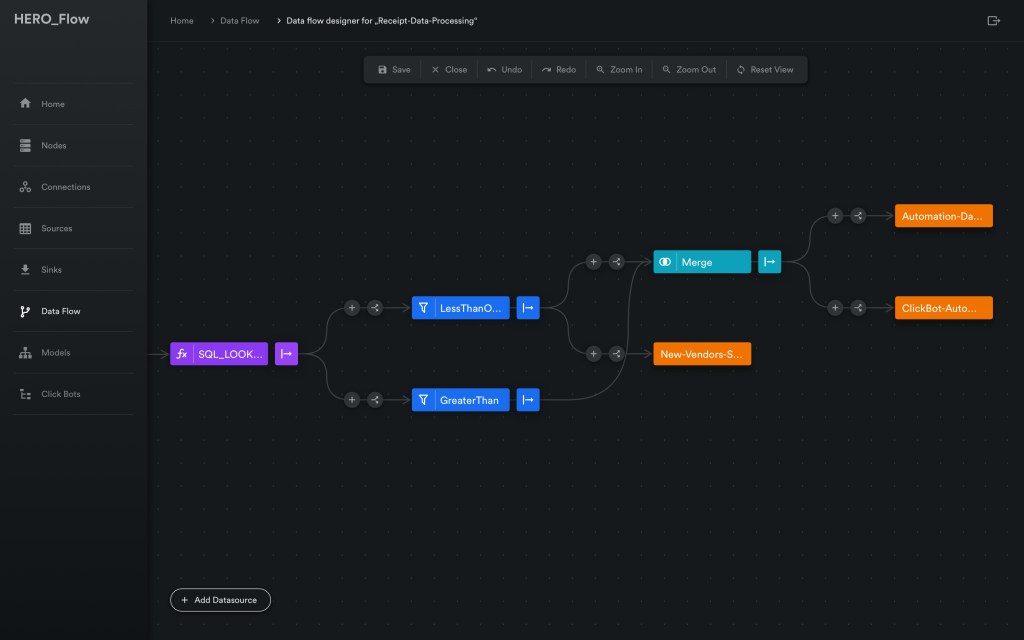 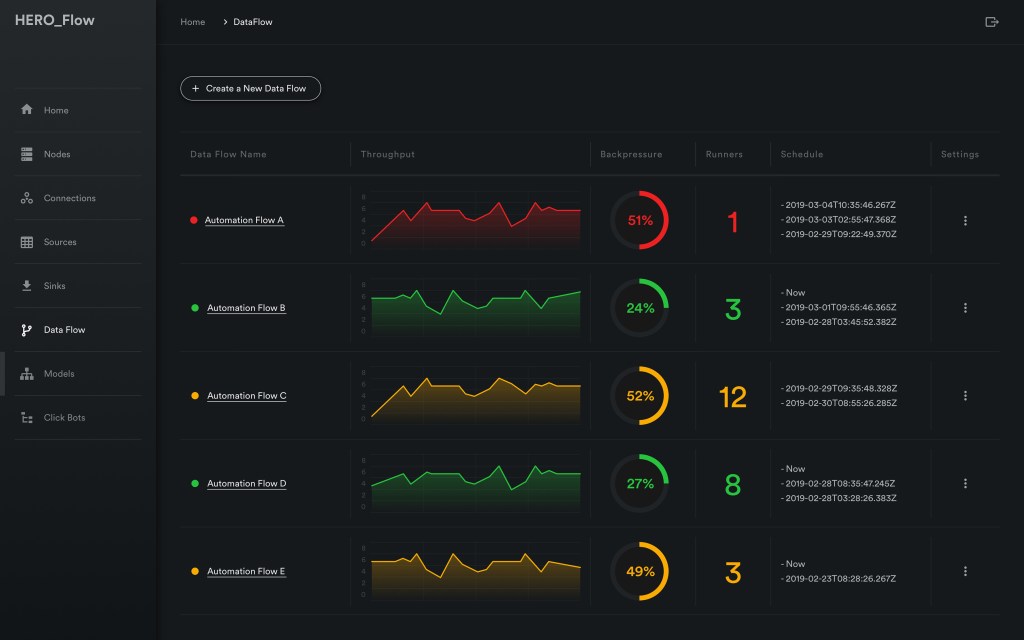 Automation Hero personifies some of its automation smarts through an AI assistant called Robin, which can help “augment” sales teams’ decision-making.

Robin sends a daily email to each user, featuring a list of potential tasks for the assistant to automate — this can be set up to be entirely autonomous or it can be configured so that a human’s final approval is required.

Automation Hero shared that one of its clients developed an AI model built on the behavior patterns of sales reps who had previously reacted to customers’ “event triggers” to upsell or cross-sell new products. As such, Robin may be used to suggest potential new sales opportunities for reps to follow up on. 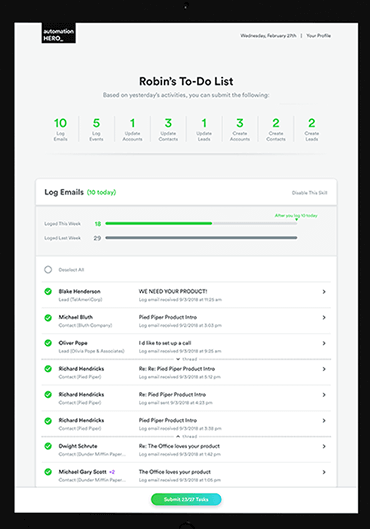 The Automation Hero platform can  be used to automate countless other tasks within an organization. For example, it can read and understand inbound emails using NLP and organize meetings by suggesting dates — if the external party can’t attend any of the suggested dates, Automation Hero responds with alternatives.

“Automation is the enterprise AI killer use case,” said Automation Hero founder Stefan Groschupf, “however, the decade-old RPA technology out there has only slapped on AI — calling Cloud AI APIs or OCR tools. Given our experience, we have built an enterprise-ready AI automation platform from the ground up.”

Automation Hero, which counts a team of 20 split between its San Francisco headquarters and Berlin, said that it will use its fresh cash injection to spearhead its global growth. And although sales teams will continue to be a core focus, the new name positions the company to sell its wares to many different departments, including finance and HR.

“Our customers were actually seeing value beyond just their sales teams, so we decided we didn’t want to lock ourselves into just the sales organization,” Groschupf told VentureBeat. “Repetitive and manual processes plague departments across an organization, although sales organizations tend to see immediate ROI [return on investment], as they are heavily process driven.”

Update 03/13/2019: VentureBeat was originally told that Automation Hero had raised $15.5 million, but we were subsequently informed that the figure was in fact $14.5 million.