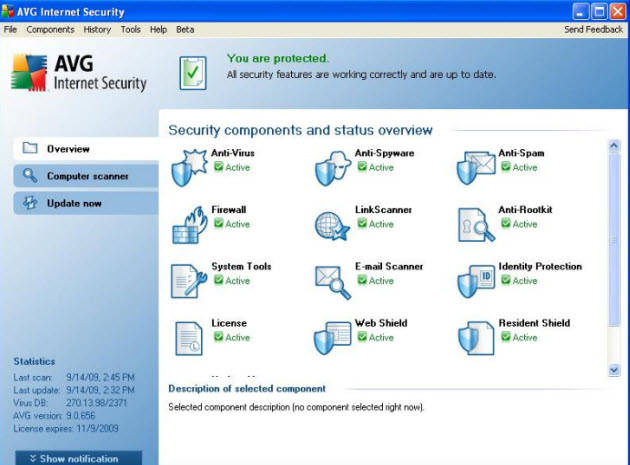 AVG Technologies has made itself into a familiar name on the Internet by giving users antivirus software at a pretty good price: free. That’s how it got 85 million users. Today, the company is announcing that the ninth version of its AVG antivirus software will be available in mid-October.

AVG is also announcing today it has received a $200 million investment from TA Associates, a private equity firm, which bought the stake in AVG from current investors.

AVG’s newest product runs 50 percent faster than its previous version. And it offers a new way to protect against identity theft, a problem that has been mushrooming in recent years.

“We’ve made it faster and easier to install,” said J.R. Smith, chief executive of the company.

Now the software takes about 11 mouse clicks to install, compared to 22 before. It’s the little innovations like this that have helped the company snag 40 percent of the worldwide free antivirus software market.

The new release can’t come soon enough, though, since Microsoft announced last week that it was going to launch its own free antivirus software, Microsoft Security Essentials. While Microsoft is offering bare bones protection for free, AVG has added a lot of protection over the years through the acquisition of startups.

The question will be who can reach the most people with a free product, and whose works better. Microsoft product has gotten good reviews so far, though it doesn’t catch everything out there. And while AVG has 27 percent brand recognition among Internet users, Microsoft has a brand that everyone recognizes because of Windows. Fortunately for AVG, Microsoft can’t bundle its free antivirus with its operating system software. Those tactics, which Microsoft used to defeat browser rival Netscape, are now considered anticompetitive. Microsoft can, however, distribute its free antivirus software separately. 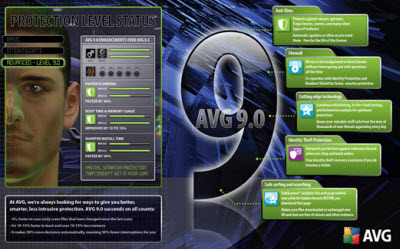 The new suite of software has basic antivirus protection. But it also includes layers of protections such as a firewall, anti-spyware, and Link Scanner. The latter examines the search results in your Internet searches and tells you whether those links are safe to click. LinkScanner frequently updates its scans of a link; that’s important now because many sites are hijacked and what was a safe site yesterday could be a dangerous site today.

The firewall now works faster because it often acts on its own, rather than asking users if they really want to use a software program that they just clicked upon.

After AVG looks for known threats, it enlists help from the cloud, where it taps “behavioral” technology that figures out if a new file or link is behaving in a suspicious way. With such technology, AVG can block a new virus even if that virus isn’t in the known library of viruses.

AVG is including identity theft protection, dubbed Identity Guard in the new free version of the software. Victims of identity theft can find help through the AVG software’s security toolbar, which can direct them to identity theft experts, who are available by phone. Those AVG experts can help users obtain credit reports and monitor their accounts. AVG will provide the identity theft recovery process at no cost.

The company makes money by selling a paid version of its software starting at $34.99. With that, you get customer support, protection from infections via instant messenger chat, and a “root kit” that can protect against hidden threats. Future expansion areas include offering protection for cell phones and Mac computers. AVG was founded more than 18 years ago. In 2006, the company received $52 million in private equity investments from Intel and Enterprise Investors. Benson Oak Capital also owns about 35 percent of the company. Smith joined in 2007 and the company has managed to fend off challengers and grow its users base 7 percent a year. It now has 550 employees.