In the months since Apple introduced the new MacBook Pro, with its distinctive Touch Bar display above the laptop’s keyboard, more and more developers have updated Mac apps with support for the component — from Chrome to Evernote, from documentation app Dash to Instagram client Flume.

Typically, Touch Bar integrations make it easier to do certain things in apps that you already use. That’s true of the Touch Bar features in Excel, for example.

That’s all well and good. But if you’re going to spend the extra money on a laptop that has one of these doohickeys, you might as well get the most you can out of it. And, as far as I can tell, there is just one app for the Touch Bar that really makes a difference in day-to-day work. It’s called BetterTouchTool, from independent developer Andreas Hegenberg of Germany. (BetterTouchTool also lets you make custom functions for Apple’s Magic Mouse, Magic Trackpad, and Siri Remote, and even for a Mac’s keyboard or trackpad, but I’m not going to address those capabilities here.)

The app lets you create and manage custom buttons for your Touch Bar. You can use those custom buttons in all apps, or you can set up special buttons for use only in certain apps. And each button can perform multiple functions at once if you like. If you’re not up for tinkering, you can just add canned “widgets,” including one that shows your MacBook’s estimated battery life. (Apple actually recently removed this standard-issue feature from macOS Sierra, but BetterTouchTool lets you get it back!) There are so many possible permutations — and if all the options aren’t enough, you can associate buttons with your own scripts written in AppleScript. Or you can kick off an Automator workflow. 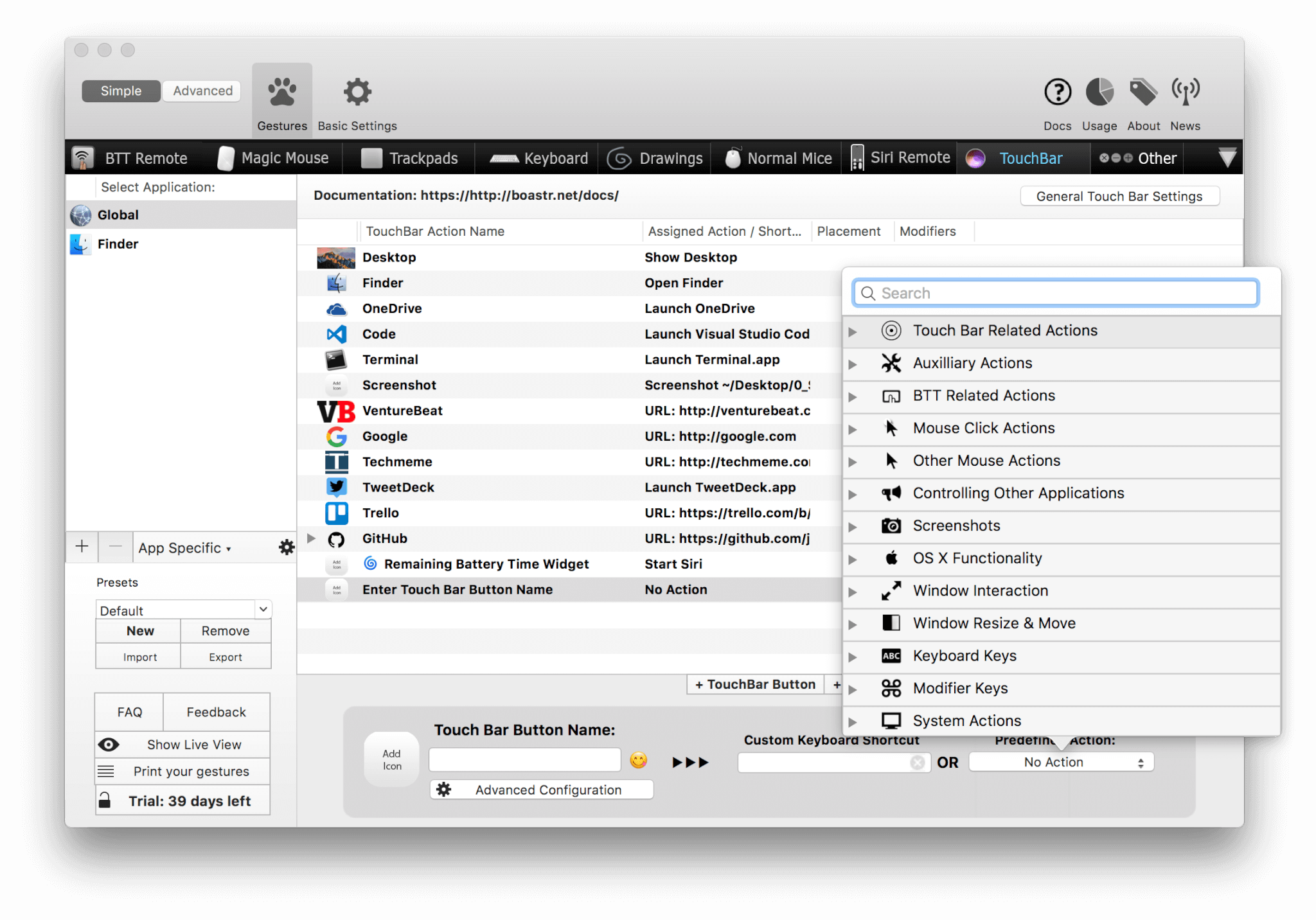 Yes, Apple does give you a way to choose which buttons you see on the Touch Bar, including in the Control Strip on the right side. But the options will look very limited when you see what you can do with BetterTouchTool.

You can download BetterTouchTool from the app’s website and use it free for 45 days. To keep using it after that, you’ll need to buy a license, which costs as little as $5.