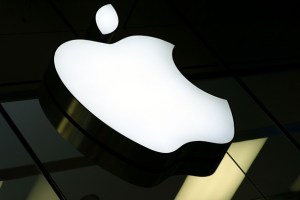 Apple’s Grand Central store may be revealed as soon as tomorrow morning.

According to 9to5mac, which has been chronicling the construction of the venue, workers will arrive Tuesday and remove black boards that currently obfuscate the store’s facade. At that point, the location will be officially announced as a new Apple store.

When it opens, this new location will be the largest Apple Store in the world.

The store will be the workplace of an estimated 300+ employees, who have been meeting and training to prepare for the store’s Black Friday opening date.

Here’s a walkthrough of the space the store will occupy, shot before construction began:

Currently, Grand Central Station is home to around 79 restaurants, banks and consumer-focused retailers, from Banana Republic to Eata Pita. During the year-end holidays, the area also holds the Holiday Fair, where 72 craftspeople, artisans and importers to peddle their wares in the 12,000-foot Vanderbilt Hall.

Around 750,000 people go through Grand Central Station each day. Demographics skew male, slightly older (the median age is 41) and overwhelmingly college-educated (93 percent of commuters through this station have at least obtained bachelor’s degrees). Grand Central Station passengers are also relatively well off, with the majority of them having a household income exceeding $100,000.

In addition to regular commuters, the location also sees an influx of tourists, especially around the holidays, when the station’s number of daily visitors swells to one million people.