The once-budding romance between Hollywood and the virtual reality industry has blossomed into a full-fledged love affair. 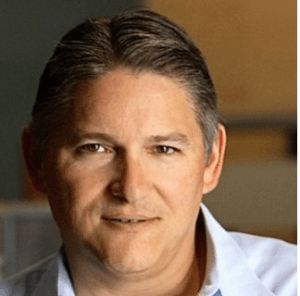 At its heart, the new initiative is about helping nurture the creation of high-quality content that can “really drive this whole industry forward,” Jaunt CEO Jens Christensen told VentureBeat, who added that in his view, virtual reality technology — Oculus Rift, Samsung Gear VR, HTC’s Vive, and others — is well ahead of the content being made for such platforms.

Already, Jaunt has been working with adventure sports companies, concert promoters, and others on a variety of short VR films. In each, viewers wearing a special headset or watching on a mobile device can change what they’re looking at, seeing everything that was filmed, in 360 degrees, in real time. That makes it possible, for example, to see a river canyon with no movement, and then notice that a BASE jumper is leaping off the edge. Or, to watch Paul McCartney playing piano in concert, and turn your head to see the audience.

Plumer said he expects Jaunt Studios will be teaming up with everything from people making VR content based on Hollywood movies, to musicians, athletes, and others, as well as on the production of all-original content.

“I was always interested in live action cinematic VR, [while] most of the focus was on gaming,” Plumer explained to VentureBeat. Jaunt was “solving a lot of the technical problems of [producing cinematic VR content]…. It’s a perfect opportunity to bring Hollywood and Silicon Valley together.”

Jaunt Studios will be staffing up with a team of visual effects experts, cinematographers, and editors, including many Plumer had previously worked with in the film industry. “The goal is to have a core team in Los Angeles to collaborate with filmmakers and writers that I’ve worked with over the years,” he said, “who are all interested in exploring VR and learning how to produce content in VR.”

Once the team is up and running, Plumer added, it will start “educating” filmmakers on how to produce content for VR. “There’s been a lot of focus on the technology side of VR,” he said, “but there needs to be a lot more focus on the creative side, and how you tell stories in the virtual reality world.”

Plumer said filmmakers wanting to work in VR have a lot to learn, starting with things like staging scenes (since everything is visible to the audience), how you shoot a scene, how actors and actresses move around, and how you engineer sound. Only some of the traditional techniques used by cinematographers apply when making VR films, Plumer said, adding, we’re “writing a whole new language for how to create this sort of content.”