At first glance, Bit.ly looks like every other URL shortening service — turning lengthy web addresses into something compact and easily-tweeted like http://bit.ly/11BCd2 — indistinguishable from the Short.tos and Doiops of the world. Of course, TinyURL, the first of its kind, remains the heavyweight, seemingly immune from its drop-in-the-bucket challengers. But with $2 million from several renowned investors, Bit.ly is now in a position to become a force on its own. 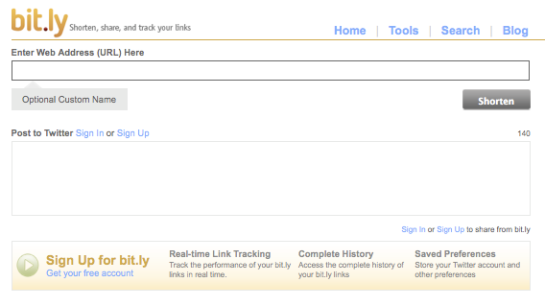 This first round of financing came from big names like open-source evangelist and MySQL investor Tim O’Reilly, SoftTech VC head Jeff Clavier and Google and PayPal angel Ron Conway — providing Bit.ly with instant legitimacy and suggesting it has more in store than simple URL shortening. In addition to the money, Bit.ly will gain the business of these investors’ portfolio companies, giving it a nice boost, according to ReadWriteWeb.

This is especially valuable considering the unique direction Bit.ly plans to take. The company has been collecting data on all of the URLs that pass through its service for a while now. It records click-throughs for all of these sites (20 million in just the last week), and provides those numbers to third-party developers. With a potentially massive database, the data Bit.ly processes could prove invaluable to all kinds of enterprises and investors. It already lists its system’s most popular sites on its Twitter account @bitlynow. Eventually, it could tell even casual users what the hottest sites on the web are.

Bit.ly is also able to highlight keywords in the websites it handles, making them searchable by specific terms. For example, if you were interested in seeing the most popular sites discussing anything from TV show Lost to the economy, in real time, you could conduct just one search, and the results would be continuously updated based on the URLs actively being shortened at the time.

As ReadWriteWeb points out, there have been some concerns about the accuracy of the click-through figures Bit.ly turns out, but the stats are already 10 percent within those reported by Google Analytics and are reported much faster. On top of that, this feature is expected to improve as product development continues and more URLs are added to the company’s swelling database (the total is growing by 10 percent each week).

No other URL shortening service (and there are lots that are desperate to differentiate themselves) has delved into semantic and traffic data to nearly the same degree. And with its new cash in hand, Bit.ly is poised to see its business explode even more. The funding may not be enough to overtake leading TinyURL, but that might not be the measure of success the company is looking for.