Known for saving tons of virtual space by shortening URLs, Bitly is now unwrapping the user data behind its compressed links.

“We have got a lot of valuable data that we’re beginning to mine,” Bitly CEO Mark Josephson told VentureBeat. “We’re exposing [some of] this data for the first time.”

This week, the New York City-based company has started rolling out an Audience Data tool that breaks down some of the hidden user stats embedded in the eight billion “Bitlinks” clicked each month.

Previously, the company’s analytics pointed to such metrics as total clicks on Bitlinks, and number of Bitlinks created through a brand’s accounts. The company has also offered APIs; Link Insights, which show a link’s “life history”; and enterprise team management, which allows brands’ teams to create shortened links. 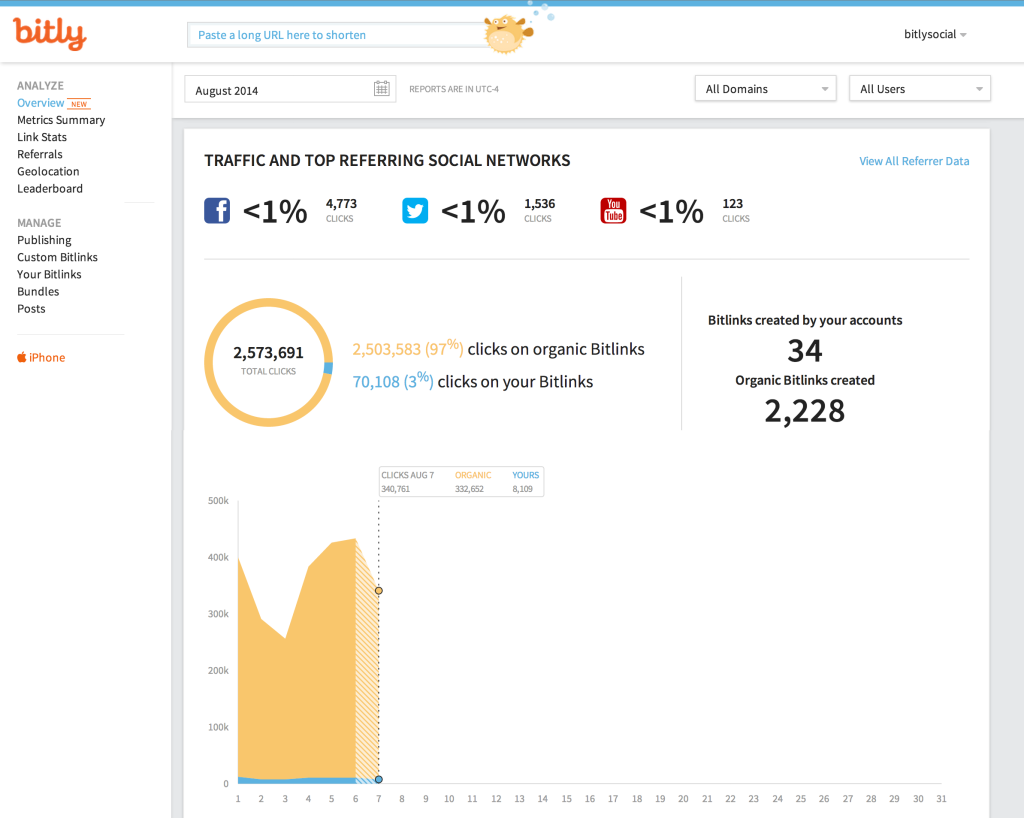 Above: The kind of data Bitly had previously reported.

Now the stats will start including such data as unique users or clicks-per-users (see screenshot at top of this page), and the company has started to test the integration of that data into a variety of marketing platforms. Bitly is also developing the abilities to retarget users who click on a brand’s link and to help a site with content personalization.

About a third of Bitly’s links come from anonymous users visiting the site to get free and shortened links, about a third are free links from registered accounts, and the remainder are from paying customers like brands. Forty thousand brands use the service to shorten, and sometimes to brand, the domain or subfolders of links. 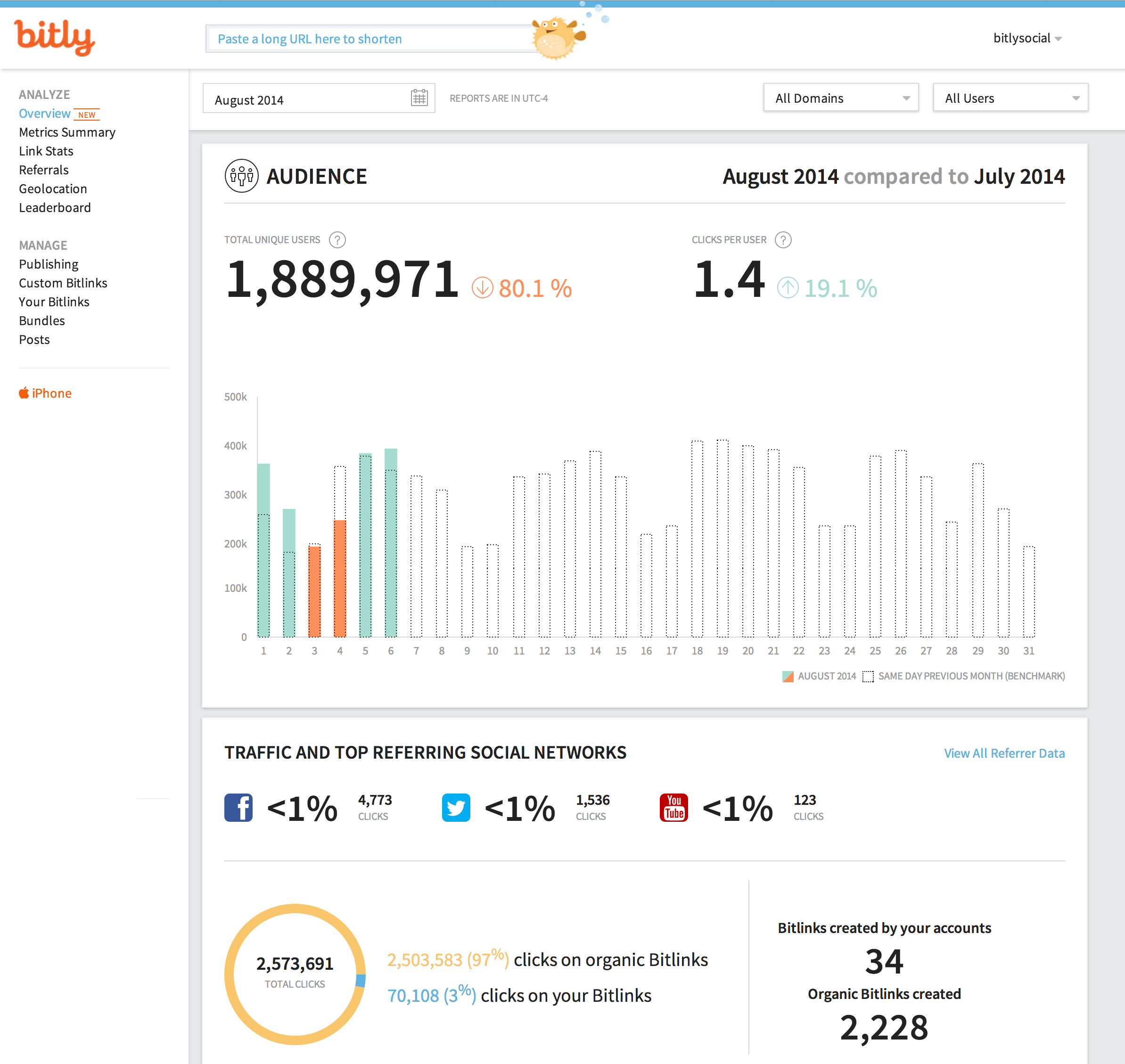 Above: Bitly is starting to offer some of the user data behind its mini-links.

Bitly, Josephson said, “is uniquely positioned to see user behavior over social platforms.” While some of those eight billion monthly Bitlinks are sitting in websites, Josephson told us that the “vast majority” are clicked via social sharing — four billion on Facebook alone, and another billion shared through Twitter. Others come through such sources as SMS or email.

Although Bitly had served as Twitter’s link shortening service, the micro blogging network later created its own. But Bitly’s links are still hurtling through Twitter — about 20 percent of all links on Twitter, according to Josephson, are BitLinks as users relay them from sites that use the Bitly service.

Founded in 2008, the company has raised $31.4 million to date in financing and debt.