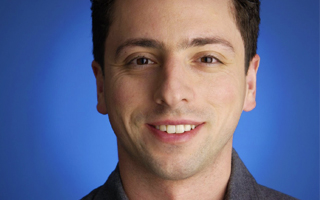 The Wikimedia Foundation, which runs Wikipedia, has just received a $500,000 grant from the Brin Wojcicki Foundation, an organization started by Google co-founder Sergey Brin and his wife, 23andMe co-founder Anne Wojcicki.

The Wikimedia Foundation started its eighth annual fundraising drive this week. It is based in San Francisco and is an audited, 501(c)(3) charity funded primarily through donations and grants.

“This is how Wikipedia works: people use it, they like it, and so they help pay for it, to keep it freely available for themselves and for everyone around the world. I am very grateful to Sergey Brin and Anne Wojcicki for supporting what we do.”

Wikipedia is available in more than 280 languages and contains more than 20 million articles contributed by a global volunteer community of more than 100,000 people.

Still, the Wikimedia Foundation itself is small. “Google might have close to a million servers. Yahoo has something like 13,000 staff. We have 679 servers and 95 staff,” writes Wikipedia founder Jimmy Wales in a pledge drive appeal.

Wales and his staff have chosen to run the site without advertising revenue. “Wikipedia is something special,” he wrote. “It is like a library or a public park. It is like a temple for the mind. It is a place we can all go to think, to learn, to share our knowledge with others.”

Wikipedia also made headlines recently when protesters shut down the Italian-language version of the site.

The Wikipedia editors who orchestrated the takedown were protesting a proposed law that would force websites to remove any information identified as defamatory within 48 hours of a complaint and without the option for appeal. In a word, the law would allow the Italian government to censor any website.