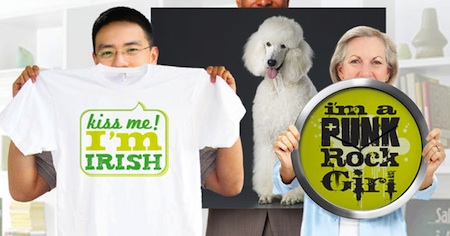 CafePress, a site where people can design and sell custom goods like T-shirts, just filed for its initial public offering.

This follows a number of high-profile Web IPOs and IPO filings, including Groupon’s filing last week. CafePress is a bit less sexy — it’s older, having been founded in 1999, and it isn’t social in the way that (say) LinkedIn is.

The company also appears to have passed the rapid-growth phase seen by some Web startups. It reported $128 million in revenue and $2.7 million in profit in 2010, compared to revenue of $120 million and a $2.2 million loss in 2008.

Still, the San Mateo, Calif. company is doing something cool and disruptive on the Web, and its investors include Sequoia Capital, one of the Valley’s top firms. CafePress says that it currently has more than 13 million members and a catalog of more than 325 million products. It shipped six million of those products in 2010. And it also runs several other e-commerce websites.

According to the filing, CafePress wants to raise $80 million in its IPO.