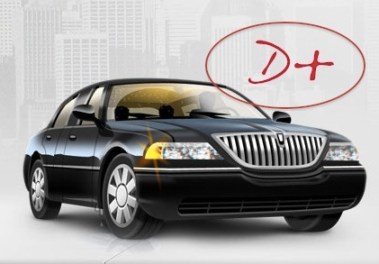 Users of startup car service Uber got quite a shock from the company’s demand-based pricing on New Year’s Eve. The company implemented a New Year’s surcharge that stuck San Francisco-based Uber user Dan Darcy with a $63 bill for traveling 0.73 miles. (That’s a rate of $86.30 per mile.)

Darcy was one of many users of the smartphone-based on-demand car service to complain about the high New Year’s pricing. He called Uber around 1:45 a.m. after wrapping up New Year’s Eve celebrations at San Francisco’s Final Final. “There was a message that popped up about surge pricing from Uber, but I didn’t see how much it was going to be or how many times (4.25x) the charge was going to be,” he said. “Not to mention that we all had been drinking. I was calling an Uber for my wife and her friend who were wearing heels and didn’t want to walk.”

The 4.25x charge Darcy paid wasn’t even the worst of it. In an example on its Web site, Uber shows New York users faced a 6.25x surcharge.

We raise the price of our service when the supply of available cars gets tight. [Example: If there are 300 on the Uber system in a city and 290 of them are picking up a rider or in trip, then this would be considered an extremely tight supply situation.] We raise the price in increments over time based on supply health. When supply opens up, we then lower the price.

If Uber didn’t have surcharges, there likely would have been a crush of demand. This would have caused long wait times and a different form of negative experience. That’s what happens with cabs. Because their fares are regulated, they can’t legally raise fares for special events. (Although some cities do have special provisions for higher fares during periods of cab shortages or snowstorms.) The result is a de facto lottery, where only a few lucky people are able to take advantage of the below-market rates.

Technology allows us to finally do what we were taught in the abstract in economics class: match the supply and demand curves to set the optimal price.

Demand-based pricing is all around us: Airlines and hotels have used it for decades. In fact, a week before Darcy paid $86.30 per mile for a cab ride, I flew a Christmas night redeye from Oakland to Washington’s Dulles airport for $0.016 per mile — and that bottom of the barrel pricing still wasn’t enough to fill up a plane on Christmas. In more low-tech scenarios, many restaurants create “special” (i.e. more expensive) menus for New Year’s Eve and Valentine’s Day. Parking rates at baseball games often vary based on the opponent. San Francisco is experimenting with parking meters that set rates according to demand history. In my favorite experiment with demand-based pricing, Coca-Cola tested a vending machine that would adjust prices based on the outside temperature. That experiment was slightly less successful than New Coke.

So if demand-based pricing is all around us, why did Uber’s New Year’s surcharge cause such a stir?

Uber’s blog post does a reasonable job of explaining the economic theory behind its surge pricing, even providing an illustration of supply and demand curves. From the standpoint of economic theory, it makes perfect sense.

But when people feel ripped off, they don’t want to hear about economic theory or the team of Ph.Ds you have developing optimal supply and demand mechanisms.

Most people have a sense of what is “fair”. Study after study has shown that people will make suboptimal economic decisions in the name of fairness. Product and pricing decisions have to take that into account.

Too many in Silicon Valley think that we know better how the world works — that people should appreciate the brilliant implementation of economic theory, not make suboptimal choices. In a classic example of applying economic theory while ignoring the bigger picture, Google “solved” the problem of too much demand for its onsite daycare center by raising prices from about $33,000 to more than $57,000 annually for a family with two kids.

Pricing and product development isn’t just about theory and economics. It’s as much about understanding purchasing psychology, emotions and media.

On September 10, 2001, I took the last flight from New York to Los Angeles to speak at a conference on September 11. Because of the 9/11 attacks, my conference was canceled. I was stranded far away from home as the FAA grounded virtually all flights in the United States.

When the ban was lifted, the airlines could have implemented economically optimal pricing. They could have auctioned every seat on every flight. (At the time, people were doing things like buying brand new cars in California and driving them across country to get home.) They would have made a lot more money that way. But they held that inventory to help out passengers who had been stranded far from home.

Even in ordinary cases, airfares vary, but they don’t asymptote to infinity. There is generally a maximum fare for each city pair, and if they sell out, they’re sold out. (It’s actually much more complicated than that, but this is a reasonable simplification.) It’s possible that Uber also has a maximum multiplier, but the company doesn’t mention a cap on its web site and hasn’t responded to several requests for comment on this story. Someone identifying themselves as an Uber engineer did, however, leave the following response on Q&A site Quora:  “Our hard limit for the auto adjusting was 50x (lol).”

There are social norms of what’s reasonable. Only someone who thinks a 10-pound bag of potatoes costs $400 would think $63 for a 0.73 mile ride is reasonable.

“There is no way I would have ever taken a $63 ride for 3 mins,” Darcy said. “It’s not that I am cheap, it’s just not logical to do something like that.”

What Uber could have done differently
The concept of demand-based pricing is perfectly reasonable. Uber did try to warn people in multiple ways about the increased fares. So it’s not entirely to blame here. Riders should take some responsibility.

But there are a number of ways Uber could have done better:

Mostly, I’m disappointed that Uber didn’t turn New Year’s Eve into a positive marketing opportunity. I would have strongly advocated subsidizing rides with some of the company’s $32 million in new funding (from Amazon CEO Jeff Bezos, Menlo Ventures and Goldman Sachs) to create a delightful customer experience. The company is young enough that it could benefit from positive customer feedback.

I would have had drivers give out Uber-branded hangover kits with aspirin, earplugs and a voucher for 15% off a future trip to each passenger. This is especially valuable because Uber users were likely introducing their friends to the service on NYE.

Instead, some drivers rushed off because they didn’t want to be around to see the customer get the bill. According to a comment on Uber’s blog:

“When we arrived at our destination, we asked to see the rate. The driver did not show it to us and waited until he drove off to complete the ride so that we would receive the email. It was $170 for what is typically a $20 ride.”

Regulation and media
Uber is also still young enough that it has to worry about regulation and media coverage. The company was previously called UberCab, but changed its name in response to complaints from the City of San Francisco.

Transportation is a highly regulated industry. A state like New York is known for its activist attorney general. A few complaints and you might be on the receiving end of a lot of scrutiny you don’t want. As much as I despised Verizon’s proposed $2 fee for certain types of online and phone payments, I thought the FCC getting involved was over the top. But this is something to be aware of.

This is also a story that’s ready made for I-Team investigations and Action News segments. In case you’re not familiar with them, here’s how the story line goes: A consumer relates their tale of woe, there’s a slide with their excessive bill and your logo,  a comparison to what a “reasonable” rate is, a consumer advocate talking about how outrageous your move was and a 10-15 second soundbite of you explaining your decision.

If you can’t come up with a way to defend your pricing or product decision in 10-15 seconds that doesn’t make you sound a) greedy b) evil or c) out of touch with reality, you might want to reconsider that decision. I can guarantee you won’t be able to explain economic theory in that time.