Virtual reality is starting to pay off in the medical field, as one major VR pilot test is being expanded to train more doctors.

In 2016, Children’s Hospital Los Angeles (CHLA) partnered with Facebook and Oculus and developers AiSolve and BioflightVR to create and deploy medical VR simulations that replicate pediatric emergencies difficult to train and prepare for in real life. The group developed VR simulations in a pilot study by CHLA doctors researching whether the immersive technology could be useful for training med students and residents. The results were good.

We wrote about the program last year, when the results were still being evaluated based on how effective the training was and how much money it could save the hospital on an annual basis. Now the program is expanding to 11 new health care organizations, including hospitals, networks, and universities, said Shauna Heller, president of North America for AiSolve and the executive director of the pilot project, in an email to VentureBeat. It could expand to many more organizations in early 2019, she said. 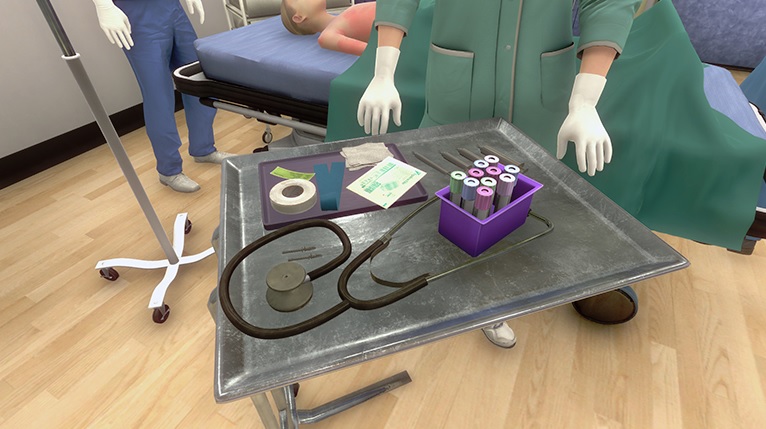 Above: In VR, doctors can get a visceral feel for procedures.

The CHLA pediatric VR sim study was completed over a period of six months from mid-to-late 2017. Data from the study was analyzed through early 2018 and those results were recently shared by the principal researchers on the pilot, Dr. Todd Chang and Dr. Josh Sherman.

“This study validates that VR is an effective tool for high-stakes assessment,” Chang said in a statement. “By piloting the initial VR modules on a variety of physician types, we have a better idea now on how and when to best implement VR. We are using that momentum to investigate best practices for training more novice providers.”

Encouraged by the results, the doctors are now making VR training required for incoming residents and optional for med students.

Chang added, “We discovered that VR training modules should be targeted towards younger, less experienced trainees. That’s why the CHLA residency program and hospital have greenlit VR as part of a required curriculum for our interns prior to setting foot in our emergency department.” 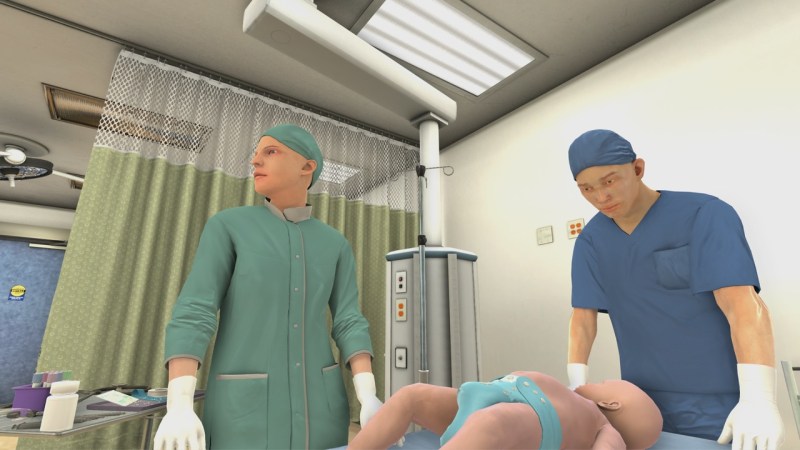 Above: VR hospital from Oculus

The CHLA VR simulation pilot has attracted interest from pediatric medical professionals wanting to find more efficient, cost-effective, and customizable training solutions for their students, staff and residents. This interest has resulted in CHLA and the doctors partnering to expand the original VR research program with 11 more medical institutions and health care networks domestically and internationally.

“Currently we are only able to run critical events such as pediatric resuscitation training two to four times per year since we cannot take our teams away from patient care more frequently,” said Kathryn Schaivone, certified health care simulation educator at Kaiser Permanente, in a statement. “VR levels the playing field in a way that doesn’t happen with in-person methods and provides the flexibility for more frequent participation in simulation.”

“Doctors and other health care providers can repeat a task over and over in the simulation with standardized feedback, honing and perfecting their skills,” Umoren said. “The U of Washington NEST VR program is excited to collaborate with Dr. Chang and others to explore the use of VR pediatric resuscitation simulations.”

Chang said the group will essentially crowdsource the best practices of VR training in health care, throughout the U.S., the U.K., and the world.

The CHLA VR sim pilot expansion is being supported by Facebook and Oculus, which will provide the company’s new standalone mobile VR headset, Go, to the partner hospitals.

“Much of the research involving VR is still in the very early stages, so it’s incredibly exciting to see such positive results from our work with CHLA and growing interest among healthcare professionals,” said Oculus head of public policy James Hairston, in a statement. “Thanks to the ease-of-use and portability of Oculus Go, we’re happy to help this cutting-edge pilot program begin to scale and look forward to its future findings.”

Sherman said in a statement that many doctor offices and care centers lack the space for expensive simulation rooms. But using something like Oculus Go to train doctors will allow for on the spot training without the need for rooms.

The 11 new pilot locations will begin receiving the CHLA pediatric VR simulations later this summer. AiSolve, which handled programming, artificial intelligence development, and platform integration on the project, will also support the expansion of the pilot.

“It’s been an honor to be a partner on the CHLA pediatric sims and with our offices in England and North America we’re pleased to back further research and deployment of the modules across Europe and the U.S.,” said AiSolve CEO Devi Kolli, in a statement.

While childhood seizure and shock were targeted as the first two resuscitation procedures to translate into VR simulation, the doctors look forward to expanding the variety of modules that will be created.

“Now that we have the proof-of-concept, we’re thinking about other skills and medical scenarios that are considered low-frequency, high-stakes within our field and in larger fields such as emergency medicine, critical care, obstetrics,” said Chang.

Sighting the impact VR can have on the future of medical simulation training, Sherman said, “As more hospitals are staffed by non-pediatric specialists, it is of utmost importance now to have easily distributed and performed methods of training for pediatric emergencies and urgencies. VR provides a solution that addresses the portability, asynchrony, and strong psychological fidelity required for effective experiential learning and training.”