China’s Loongson Technology has designed two 64-bit, quad-core Mips processors that can also execute code based on the x86 (Intel-compatible) and ARM architectures.

That’s a unique twist in the microprocessor business, and it could turn out to be a valuable feature. But it’s also not clear what kind of legal ramifications it would have, since Intel in particular rarely grants licenses to rivals.

The Loongson-3A2000 and 3B2000 chips are based on an enhanced version of the MIPS64 architecture called LoongISA. These four-way superscalar processors are built on a nine-stage, super-pipelined architecture with in-order execution units, two floating-point units, a memory management unit, and an innovative crossbar interconnect. That means the designs are pretty sophisticated and could be used in desktop computers, laptops, and servers. 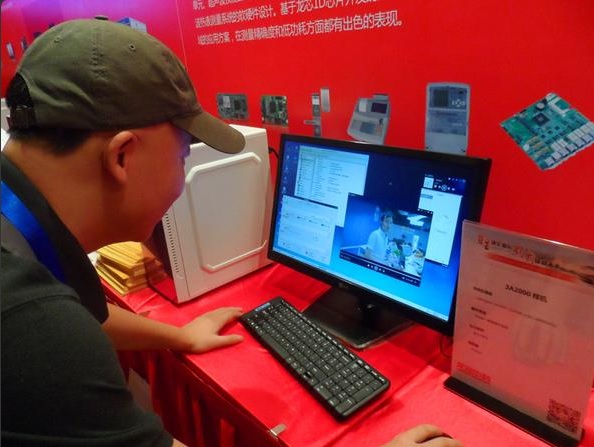 Above: Loongson chips in action.

The 3A2000 is the flagship CPU, aimed at the high-performance computer and consumer electronics market (e.g. desktop computers and laptops, 64-bit embedded and DSP applications, and network routers), while the 3B2000 could be used in a number of home-grown eight-core and 16-core server systems.

The two CPUs can also execute x86 and ARM code using LoongBT, a binary translation technology for Linux. Loongson was rumored to be doing a deal with Advanced Micro Devices — an x86 licensee — earlier this year, but no deal has been announced.

Loongson has roots in common with Lenovo, as its founders are also from the Chinese Academy of Sciences and the Institute of Computing Technology.

It’s not clear how Loongson can legally do the x86 emulation, as Intel owns the x86 architecture and licenses very few chip makers.

“One would have to peek into the architecture and microcode to see exactly how Loongson is pulling off the emulation,” said Patrick Moorhead, president and head analyst at Moor Insights & Strategy. “To do it well without too much overhead, I believe Loongson would need some kind of a license from Intel. One of the best emulations out there is Intel’s emulation of ARM instructions with their Atom chips. To do that right, Intel needed a license and full access to ARM IP they received with StrongARM from DEC and subsequently turned into XScale, which was sold off to Marvell.”

Linley Gwennap, analyst at the Linley Group, said he didn’t think that an x86 license is needed to run x86 via binary translation. “China is investing heavily in microprocessor development. In addition to Loongson, which has been working for several years on various MIPS processors, both Huawei and Xiaomi have designed their own ARM CPU cores,” he said in an email. “It is difficult to assess the quality of these cores, as they have not yet appeared in any broadly available products, but the design specifications indicate that they are using high-performance techniques. It will be difficult for these designs to match the performance and power efficiency of products from established vendors such as Intel, ARM, and Qualcomm, which have spent years and multiple generations tuning their designs. Over time, however, Chinese companies could become competitive in the global microprocessor market.”

As for x86 binary translation, Gwennap said that Transmeta used a similar technique to avoid getting a license.

Meanwhile, Nathan Brookwood, analyst at Insight 64, had his own questions. In an email, he said, “The most interesting aspect of the Loongson announcement is the context of Chinese efforts to develop indigenous CPU development capabilities. Loongson has been pursuing MIPS-based CPUs for years, first on an unlicensed basis, but recently under a MIPS license. More recently PowerCore has been working with IBM on a Power8-based chip, and last week Phytium, a company few in the US had ever heard of, discussed the architecture of Mars, its 64 core 64-bit ARM server chip that uses its own locally developed ARM V8 cores.”

And he said, “Loongson includes some MIPS instruction set extensions that accelerate x86 emulation, but I don’t think they would need an x86 license to use this feature. After all, Transmeta sold chips that emulated x86 and ran standard Windows OS, but never (to the best of my knowledge) was called on this by Intel’s lawyers. Loongson claims its x86 emulation delivers 70 percent of native performance, but given that their native performance isn’t all that impressive, I doubt people will beat a path to their door to run x86-based apps that aren’t available in some natively-adapted format.”

Peter Glaskowsky, a longtime chip analyst, said, “Every 64-bit CPU ever made can also execute x86 and ARM code via binary translation, so it is not remarkable that these chips can too. It would be remarkable if they can do this unusually well, but I don’t expect that’s the case. I’ve worked on two different CPU cores that were targets for dynamic binary translation and studied others. As far as I know, the only way to make this work out well is to pick exactly one source ISA and design the core and its native ISA accordingly. Loongson has not done this, so it seems highly unlikely it will be very good as an x86 or ARM product.”

He added, “You probably know the old line about dancing bears—they aren’t remarkable because they dance well, but because they can dance at all. I’ve seen so many ‘dancing bears’ in the CPU business that I no longer find them remarkable. Show me one that dances well, and I’ll feel differently.” 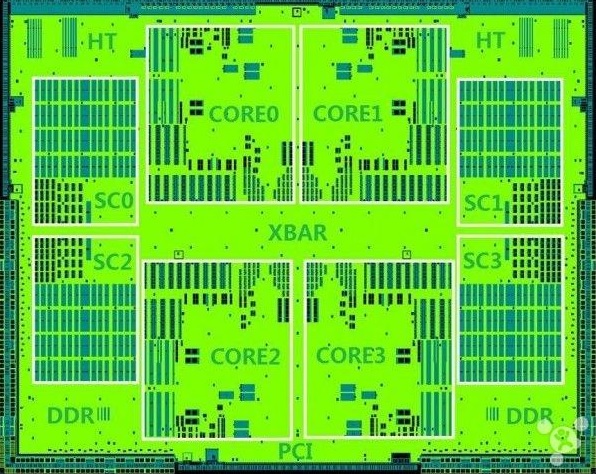