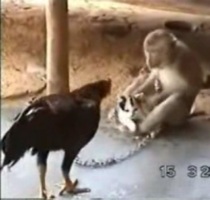 We’ve been covering the ongoing downtime experienced by third-place Chinese online video site 56.com, a company that has received significant backing from Silicon Valley investors. While the site claims technical problems are causing the downtime, the consensus is that the Chinese government has chosen to censor the site entirely off the web, at least for now.

More rumors are still coming out, courtesy of journalist turned Ogilvy China digital media strategist Kaiser Kuo, who has been breaking news on the story since 56.com first went down on June 3rd.

At least one Sequoia partner has approached Chinese government regulators to try to negotiate for the company to come back online, a source tells him. Larger rival Chinese video site Tudou has already had to do the same thing, I’ve also heard — and been successful. However, Kuo’s source says that the Sequoia effort was met with “a chilly ‘Why should we?'” as regulators are accusing 56.com of failing to act quickly enough to remove content the government deemed inappropriate.

What content, in particular? A rumor I’d heard was that videos of the Chinese earthquake were getting out on 56.com, that the government didn’t want published. But from Kuo’s report, the issues sound deeper than that.

Tudou, the source says, curried favor by taking its own site offline for 24 hours back in March, a move that subsequently helped convince Chinese authorities to let the site stay live. 56.com hasn’t done such a move, and now it is apparently being made a permanent example of. In Kuo’s words:

“Killing the chicken to scare the monkey” is the Chinese idiom being bandied about, though given 56’s competitive position prior to June 3,  it’s more like “killing a monkey to scare the other monkeys.”

Another of Kuo’s sources says the site could still be allowed to come online, but adds that the three-plus weeks of downtime may be enough to put an end to the company. I’ve previously speculated on the latter possibility, based on the fact that the company hasn’t raised a large late-stage round, while Tudou and the other rival, Youku, have. Kuo hears the company has $10 million left in the bank — I’d heard that the company is paying between $1 million and $1.5 million in monthly site costs, so this is less than a year’s worth of run room.

Other sources have recently told me that 56.com may be spending less than the $1 million per month to run the site that I’d previously heard, because it had developed better technology than its competitors (note: I’ve heard at one point or another that each company has the best technology). This CDN network, plus assets like its content delivery network and widget empire — and reams of video content — could mean investors would look for a quick fire sale.

Still none of these companies are profitable. The company and its investors are meeting now to determine the path forward, presumably while they continue to try to get the ban lifted.

We may never know the real reason why 56.com has been shut down. But if the cause is censorship, this is a tragedy for anyone who believes in the democratic system.

But what’s more, Internet companies behave like a wild bunch of monkeys anywhere in the world. To be themselves, they need to run free, not be chained down. If this is really censorship at work, it sends a threatening message to many entrepreneurs in China, who will take less risks for fear of the same reprisal. Ultimately, that will be all of China’s loss.