Developers could ask their bosses to check for issues in their code before they deploy it. But bosses might have better things to do. A robot might not mind, though.

Think of Code Climate like that — a development team’s robot in the cloud that runs standard tests on code without actually executing it. It can uncover security vulnerabilities, potential bugs, repetition of existing code, and unnecessarily complex programming, in Ruby and JavaScript. Support for PHP is in public beta.

Code Climate has done quite well for itself almost right from its 2011 beginning, founder and chief executive Bryan Helmkamp told VentureBeat in an interview. But now Helmkamp wants to make the robot smarter and work with more programming languages, like Go and Python, for example.

“We’re not going to be able to reach those other languages and reach that audience nearly as quickly if we continue to do it off revenue growth from the bootstrap strategy,” Helmkamp said.

And so today Code Climate is announcing its first venture funding, a $2 million seed round. The money comes a few months after a business with software for on-premises automatic code testing, Coverity, found itself being acquired by Synopsys for $375 million.

Coverity and Code Climate operate in a domain known as static analysis. For those that want to run custom code tests before getting the green light for deployment, continuous-integration services in the cloud, like CircleCI and Codeship, are available. Such startups have been taking on more and more funding in recent months. And Code Climate can work right alongside such tools.

Helmkamp thought up Code Climate while he was chief technology officer of energy startup Efficiency 2.0, after noticing that, over time, adding features to applications became harder and took longer.

“The kind of question was, ‘Is there anything that could be done to give developers a much better chance of having higher-quality outcomes with their projects?'” he said. 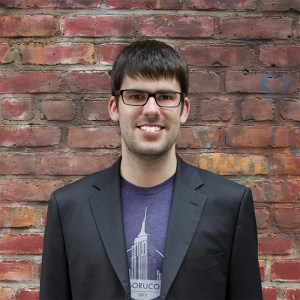 The technology he and co-founder (and Efficiency 2.0 colleague) Noah Davis assembled not only runs tests automatically but also provides letter grades for specific projects and overall grade-point averages for at-a-glance analysis of code quality.

NextView Ventures led the funding round after checking with chief technology officers and vice presidents of engineering to get their impression of Code Climate. NextView co-founder and partner David Beisel wrote in a blog post announcing the investment:

“I expected to hear a balanced set of positive and negative feedback, where it’s my job to sort through it as part of our diligence process. Instead, the overwhelming positive response was that their teams were either already customers or they had immediately become customers after learning about it.”

That’s a strong positive signal. And the service has registered well with other investors Code Climate talked to. Investors would ask their firms’ developers what they thought of the service, only to find out they paid for the service, Helmkamp said.

In addition to NextView Ventures, Lerer Ventures, Fuel Capital, and Trinity Ventures also participated in the funding. Angels who have backed the company include Heroku co-founder James Lindenbaum and GitHub co-founder Tom Preston-Werner.

Ten people work for New York-based Code Climate, Helmkamp said. A year from now, the headcount should be between 15 and 20.

Besides going into more languages, the team intends to create ways to give visibility into current code right when a bunch of people start using Code Climate, Helmkamp said.