CodeCombat, a platform that helps people learn to code through playing games, has raised $6 million in a series A round of funding led by Hone Capital, with participation from Andreessen Horowitz, Extol Capital, and OceanOne Capital.

Founded in 2013, the San Francisco-based Y Combinator alum said it has helped some 12 million students get into coding, with a particular focus on JavaScript and Python.

Through CodeCombat, Students type real code into their browser to enable actions in digital characters on a screen. While it’s free to play some of the core levels, a $10 monthly subscription unlocks extra layers to levels, among other perks.

Alongside its funding news, CodeCombat also unveiled a new game aimed at teachers and students. Ozaria immerses students in an interactive world they must save from doom by “mastering computational thinking,” which involves learning Python or JavaScript, the company explained in a statement. 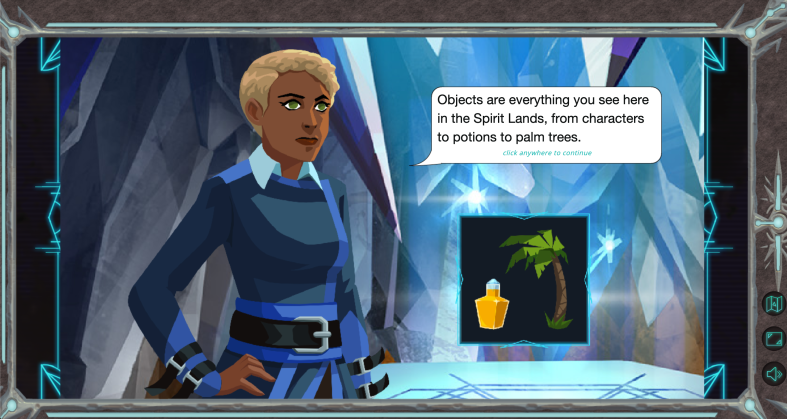 Above: Ozaria: Learning Python and JavaScript

“Other code engines are either designed for professional software engineers or use simplified programming languages,” noted CodeCombat senior software engineer Shubhangi Gupta. “We’ve developed the only beginner-focused code engine that runs real Python and JavaScript in the browser, letting kids with no coding experience start typing real code right away.”

Teachers, who do not need to have any previous computer science experience, can access data on students’ progress, including assessments, alongside complementary resources such implementation guides, lesson plans, and more.

“Reaching underserved students with engaging computer science education has been both a tough challenge and a big focus area for U.S. educators over the last few years,” added CodeCombat cofounder and CEO Nick Winter. “We’ve been fortunate to be able to build the insights from serving over 12 million CodeCombat learners into Ozaria, which represents a huge step forward in game-based learning inside the classroom.”

CodeCombat had previously raised around $2 million in funding, with seed backers including Y Combinator and Andreessen Horowitz. With another $6 million in the bank, CodeCombat plans to fund its Ozaria push, expand further across the U.S., and develop partnerships in China.

Using interactive, game-based learning to teach the fundamentals of coding is not unique to CodeCombat, with well-funded startups such as Kano creating software tools and hardware such as DIY computer kits and even magic wands to draw in young learners. At their core, these efforts are all about helping plug the oft-cited tech skills gap using an attention-grabbing medium — in an age dominated by countless digital distractions (including other games).