Collactive is a new company that lets users mobilize friends and others to get more attention for causes they care about by overwhelming news-ranking sites such as Digg.

Users identify articles or video clips they care about, and then specify what actions they want their friends to take, such as voting for the video or article on Yahoo, Digg, Reddit, YouTube and other news sites. Collactive blasts the request out to the user’s contacts, and makes it easy for them to vote for the story on the news-ranking sites. See screenshot below. There’s a story about it today in the WSJ.

It provides links to the user’s cause “bulletins” so that friends can post it on their Web sites. Collactive, a Delaware-registered company with operations mainly in Israel, is backed by Sequoia Capital’s Israeli office (Update: funding amount is $2 million). The service is free for individuals, but will charge businesses, politicians and some nonprofits for usage. Apparently, it has already been used successfully by the Genocide Intervention Network, a Washington, D.C. nonprofit, to boost visibility about the conflict in Darfur, Sudan.

Notably, it is run by Eran Reshef and Amir Hirsh, the co-founders of Blue Security, a company that developed an innovative anti-spam technique: It would deluge spammers by sending them massive amounts of spam back. While momentarily successful, a Russian based spammer counter-attacked, and brought Blue Security to its knees about a year ago. Ironically, the co-founders have joined the other side, using what they’ve learned to essentially spam news sites under the pretense that is for good causes. Blue Security had been backed by Sequoia’s rival, Benchmark. 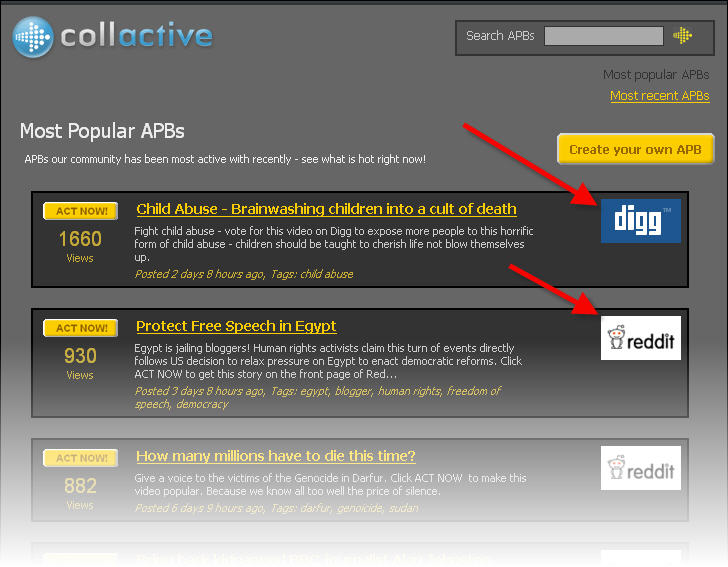