Handshake announced today that it has raised a $10.5 million Series A round for its college career network. Led by Kleiner Perkins Caufield & Byers (KPCB), the investment will be used to help the company build additional university partnerships, as well as boost engineering and product support.

Additional participants in the round include True Ventures, Lightspeed Venture Partners, and Lowercase. The company declined to share its specific valuation, except to say “it’s less than $1 billion.”

Started in 2014 by Garrett Lord, Scott Ringwelski, and Ben Christensen, Handshake provides a resource for college students from all majors when they’re searching for a job or internship. Instead of the traditional career center, it connects students with a national network to show opportunities beyond the city limits of the school. 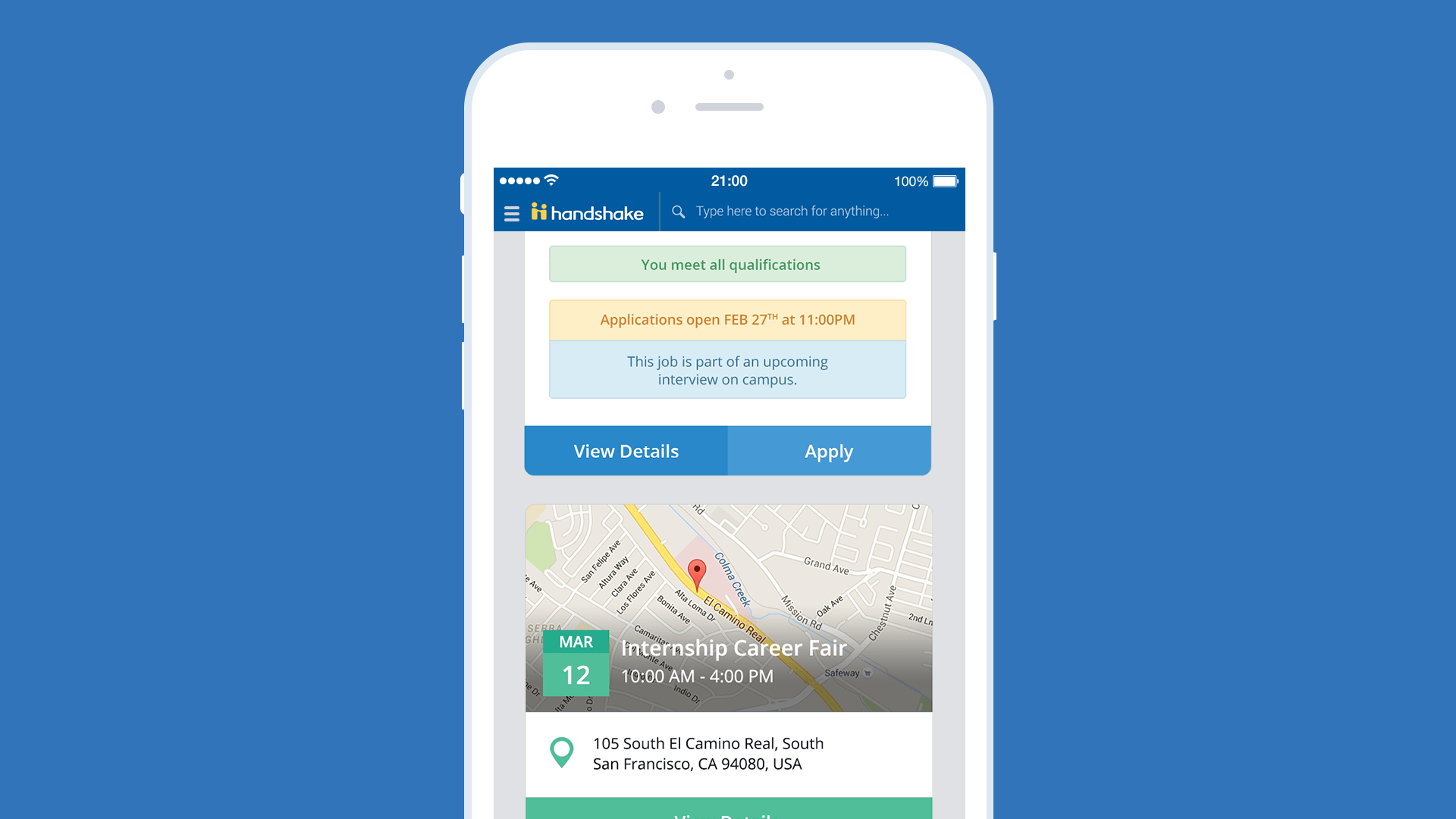 Lord provided this personal anecdote: When he was a student at Michigan Technological University, it was difficult for company representatives to visit the campus since it was far from major cities in the state. He eventually secured internships at the Los Alamos National Laboratory and at Palantir. But after going back to school, he saw that his friends were unsure about the opportunities available beyond the academic setting.

Handshake is about democratizing access to the best opportunities, Lord told VentureBeat in a phone interview.

At first glance, Handshake may appear to be treading similar ground to LinkedIn, but the company explains that it’s not. “The biggest difference…is that Handshake is built from the ground up to help college students and young professionals,” explained KPCB partner Eric Feng. “They have a very different need than the professionals you see on LinkedIn. [Assume you’re a designer], when you’re on LinkedIn, you’re going to connect with other designers and want to optimize that choice. In a college setting, you’re still being informed and looking to find out what you want to focus on. Surgical tools on LinkedIn aren’t useful when you want to figure out if you want to be a designer, engineer, in sales, an entrepreneur, etc.”

The company said that it’s now integrated into 60 universities, including the University of Michigan, Texas, John Hopkins, Princeton, and Stanford. Lord claims that Handshake is so popular that he’s had to turn away 80 universities so far. More than 1.3 million student profiles have been created and more than 40,000 active companies are recruiting on the platform, including 80 percent of the Fortune 100.

Employers are also able to benefit from Handshake since it gives them a single platform from which to find talent from across the country. It will reduce the number of career fairs and other activities needed to find candidates for entry-level positions. In fact, Lord said that Handshake will soon unveil new premium tools to help employers better target campuses and students. In addition to expanding its services, the new funding will assist Handshake in building up its brand and will make it possible to develop further integrations, such as with human resource systems. No specific timetables were provided.

Universities can subscribe for a recurring license to make Handshake available to students.

Handshake has raised $14 million to date.