Dame Products is making a bit of history today as the female-run company launches the first sex toy crowdfunding campaign on Kickstarter.

Brooklyn, N.Y.-based Dame Products is launching Fin, which is a hands-on sex toy aimed at enhancing “natural intimacy.” It is the first crowdfunding campaign for a sex toy on Kickstarter.

While their first invention, Eva, introduced a hands-free option, Fin will serve as a fully hands-on device. Fin’s design enhances the natural movements of intimate touching by adding vibration, the company said. Dame Products raised money for Eva on Indiegogo in its earlier campaign. 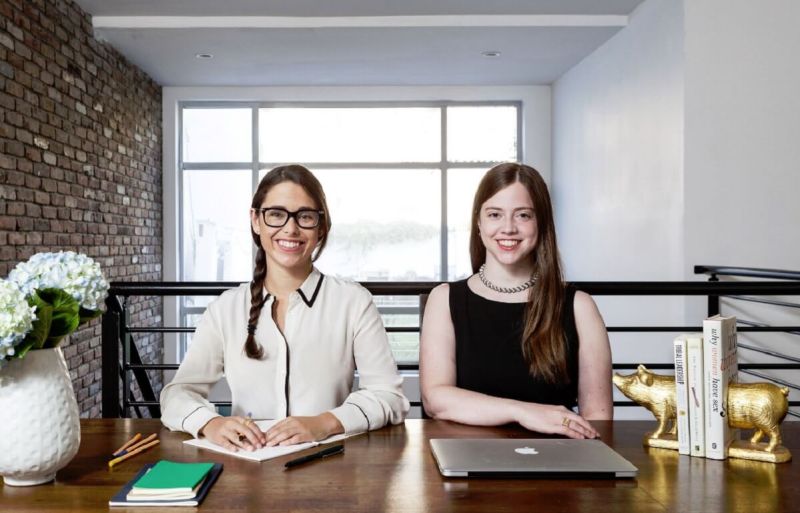 Above: Alexandra Fine and Janet Lieberman of Dame Products.

Kickstarter has rejected sex toy campaigns in the past. But it decided to open its platform to Fin in recognition of Dame Products’ pursuit of innovation and its mission-driven approach. Dame Products said it is committed to de-sensationalizing toys for sex and closing the “Pleasure Gap” — a common disparity in sexual satisfaction seen most frequently in heterosexual sex.

In fact, women are over four times more likely to describe recent sex as “not at all pleasurable.”

“We’re thrilled to be launching our second campaign, following the success of our first product, Eva,” says Alexandra Fine, CEO of Dame Products, in a statement. “Turning to crowdfunding is a conscious decision on our part — something we find crucial when designing products like ours. The immediate feedback and constant two-way communication with our customers allows us to gain insight into the industry in a valuable way.”

Fine has a master’s degree in clinical psychology, while Lieberman is an MIT-educated mechanical engineer. Their mission is to expand the sexual experiences of women and introduce unique, female-oriented options into an oft-outdated industry.

“Our mission is to listen to, study, and ultimately design around women’s real, unmet needs,” said Lieberman, in a statement. “I spent years engineering top of the line products, but I found myself consistently accepting lower standards when it came to sex toys. We founded Dame Products out of the belief that sex toys should be held to the same standards as any other consumer product. We feel we’ve accomplished that with Fin.”

“Until now, this industry has been separated from all others,” said Fine. “We’re consistently driven by the notion that vibrators are tools for sexual wellness and sexual agency. We’d like to make them more approachable, reliable, and functional for anyone who’s interested — making the world a happier place, one vagina at a time.”