Datadog, a security-focused cloud monitoring platform for applications and infrastructure, has announced plans to acquire Sqreen, a cybersecurity startup that helps developers monitor and protect their web apps from vulnerabilities and attacks.

The New York-based company also announced that it has already acquired Timber Technologies, the developer behind Vector, a platform that captures, enhances, and routes cloud or on-premises observability data to any desired destination (e.g. Elasticsearch or Prometheus). Observability data, such as logs, traces, and metrics, is critical to maintaining the health and availability of an organization’s applications.

Datadog has made four previous acquisitions, including AI-powered app-testing startup Madumbo and log management platform Logmatic.io. The latest acquisitions come in a week that has seen movement across the enterprise observability sphere, with both Dynatrace and New Relic rolling out notable updates to their platforms.

Founded in 2010, Datadog offers developers and security teams the tools to monitor everything in their stack, aggregating metrics and events across their servers, apps, and databases and presenting the data in a single unified view.

As with many cloud-focused companies, Datadog has benefited from the pandemic, with its shares nearly quadrupling since last March. As its Q2 2020 revenue jumped 68%, Datadog cofounder and CEO Olivier Pomel said COVID-19 had “illuminated the need to be digital-first and agile.” However, that’s only part of the story — Datadog also entered into a strategic partnership with Microsoft back in September, a move that made Datadog available through the Azure console as “a first-class service.” Datadog’s shares jumped more than 12% in the wake of this news.

Founded in 2015, San Francisco-based Sqreen operates an application security management (ASM) platform designed to protect apps from breaches by “tracing attacks from the network request to the code vulnerability.” The underpinning technology is known as Runtime Application Self-Protection Security (RASP) and embeds “microagents” into applications to identify and fight threats. This includes most of the common attack methods, such as SQL injections and cross-site scripting (XSS).

Sqreen had raised $18 million in external funding, including its Greylock-led $14 million series A round back in 2019. Timber Technologies had raised around $6 million. 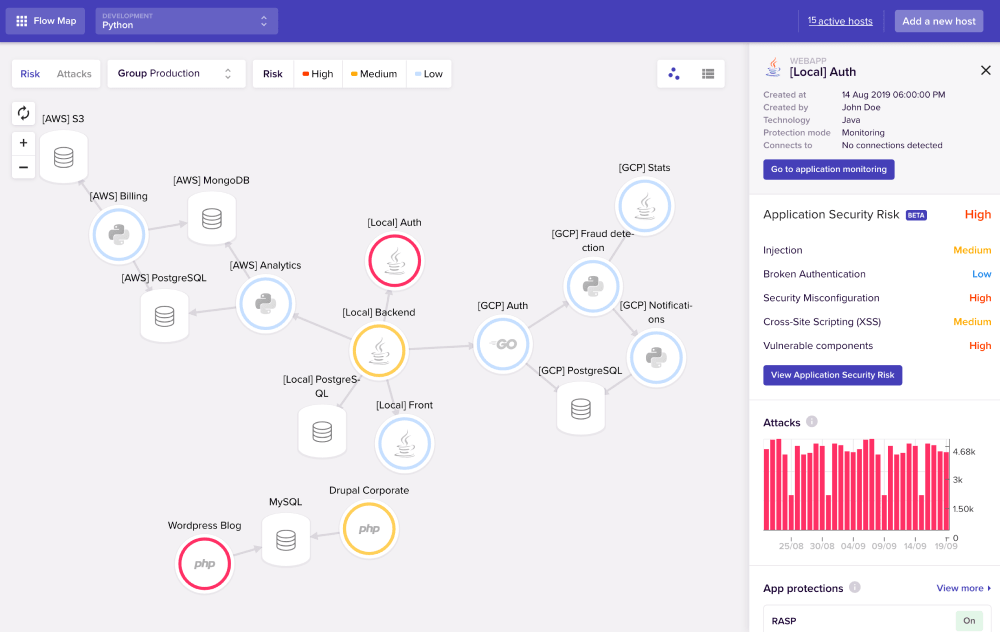 With Sqreen now under its wing, Datadog will be well-positioned to offer security and operations teams a “unified platform” for delivering and managing “secure and resilient applications,” according to a press release.

While Datadog already offered its customers some options for managing their observability data in the cloud, Vector adds on-premises support to the mix, alongside some new features.

The Timber Technologies acquisition has already closed, and Datadog said it expects the Sqreen deal to conclude sometime in Q2 2021.