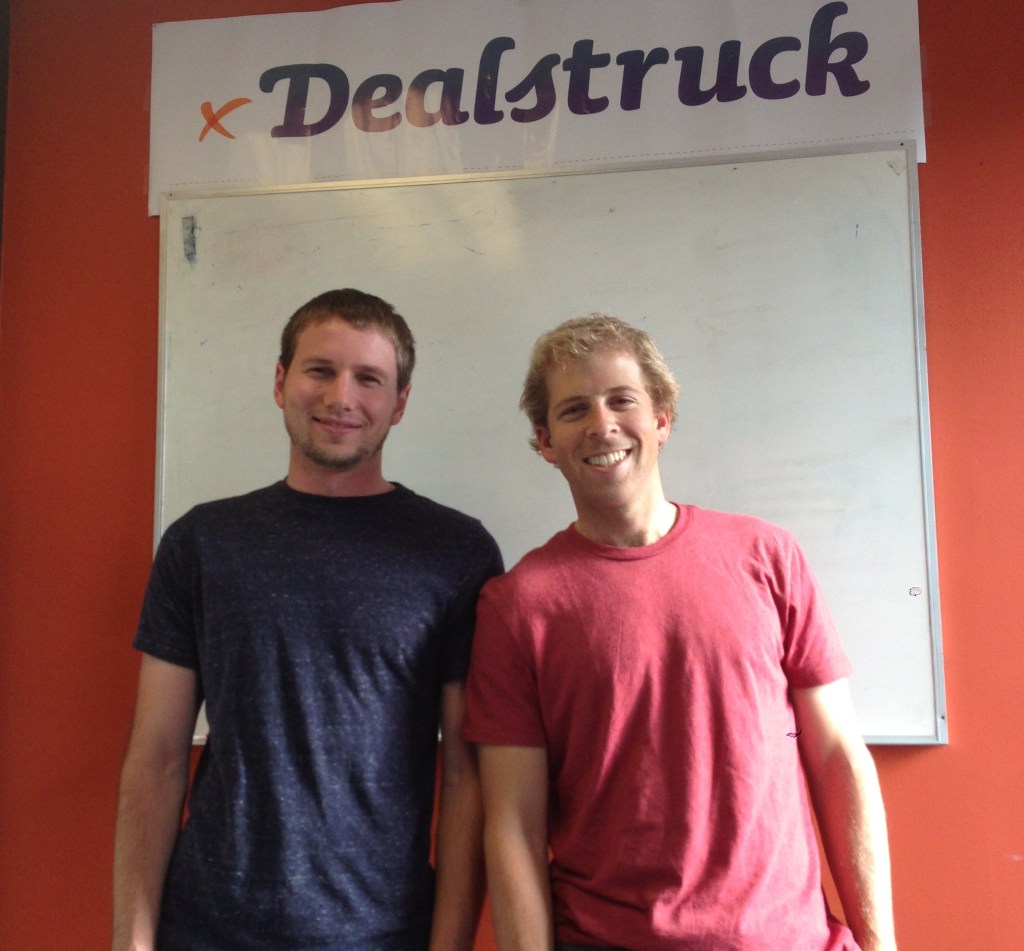 The finance industry is under attack from startups. Dealstruck initiated the latest front of this battle today with its online alternative to business loans from banks.

Its marketplace connects small businesses with a community of accredited and institutional investors. Business owners can bypass banks to access more affordable loans from a crowd with less hassle. On the other side, investors are connected with investment opportunities that promise higher returns than other short-term, fixed income investments.

“People are disillusioned with the banking and financial system, especially after the 2008 crisis,” said cofounder and CEO Ethan Senturia. “While the banks are back to earning record profits, the general population is still trying to recover. And for business owners, much of that recovery depends on access to growth capital. Small businesses drive the U.S. economy, employing more than 50 percent of the domestic workforce and accounting for more than half of GDP. The fact is that without access to affordable capital, businesses cannot expand, create jobs, or reignite the economy.”

Dealstruck is both a marketplace and a loan origination system that actively processes live transactions. It focuses exclusively on providing debt financing to established businesses for between $100,000 and $1 million. Interested businesses fill out an online application form and Dealstruck conducts credit analysis. Lenders also create profiles and select the businesses they want to fund. The technology automates funding, originating, and serving of loans. Senturia said it operates with bank-level security standards and the company has partnered with leading providers of fraud detection, identify verification, business and consumer credit information, and tax transcripts.

“We believe that debt crowdfunding is not an excuse for shortcutting diligence,” he said. “To that end, we retain much of the credit rigor of traditional lenders, but use technology to streamline the bureaucracy, paperwork, and sales process that contribute to costs in time and money for the offline world.”

Crowdfunding has become extremely popular over the past few years. Platforms like Kickstarter and Indiegogo fund creative projects, but startups are also cropping up that challenge traditional finance and use the Internet to build more transparent, accessible opportunities for borrowing, lending, funding, and investing. Lending Club is the best-known example. It is an online community that connects people seeking unsecured personal loans with lenders. Investors fund these loans and automatically receive monthly payments on these loans in their bank accounts. Lending Club is on track to originate $2 billion in loans and generate $90 million revenue in 2013.

Lending Club’s success has encouraged other entrepreneurs to tackle different areas of finance. Groundfloor emerged out of stealth mode last week and revealed its peer-to-peer platform that gives regular people opportunities to invest in real estate projects. Groundfloor’s founder Brian Dally said that banks are driven by centuries of inertia and regulatory infrastructure and hold way too much power — their practices often don’t benefit individuals or businesses. The Internet and startups are changing all that by building new ways to use and grow money, outside the confines of the banking system.

Dealstruck takes these ideas and model and applies it to small and medium-sized business loans. Senturia grew up in a family of entrepreneurs and after graduating from Wharton Business School joined Lehman Brothers in distressed credit research in 2008. The firm went through bankruptcy months later and Senturia quickly came to the conclusion that Wall Street wasn’t for him. He went on to found Dealstruck.

Loans on the site have “risk appropriate” rates of between 5 percent and 15 percent and are secured by business assets and personal guaranties from owners. Competitors include On Deck Capital and Kabbage that provide short-term working capital loans, which Senturia said are smaller, higher-risk, and more expensive than loans on Dealstruck. The startups has funded two live loan requests so far — a $250,000 loan from 21 investors in five days, and a $100,000 loan from 11 investors in under 48 hours. Fifty lenders have already signed up and committed over $1.5 million in lending capital.

Deakstruck is based in San Diego.