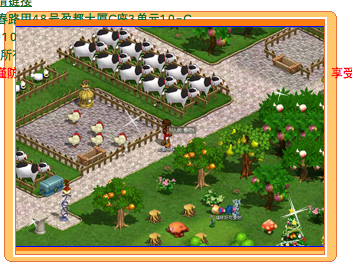 Club Penguin, a virtual world for kids, has been bought by the Walt Disney Company. The deal is valued at $700 million: $350 million in cash now, and another $350 million if performance targets are met through 2009.

The company, based in remote British Columbia, has more than twelve million total users — mostly kids 6-14 in North America — and including more than 700,000 paying subscribers. It says it is completely funded through subscriptions.

Founded in March 2005, Club Penguin features avatars of animated penguins that live in an antarctic virtual world. Users can play games together, chat, and furnish virtual homes with virtual accessories.

Subscribers choose to pay between USD$5.95 per month and USD$57.95 per year to “[d]ress up your penguin, decorate your igloo, be the first to discover new areas and lots more.”

The purchase shows that Disney is hungry to get into online gaming, a market that is expected to grow significantly in the coming years. One analyst expects US spending to hit $725 million in 2008, up from $375 in 2006.

Club Penguin is one of many popular virtual worlds for kids that incorporate virtual games and goods. Another popular startup is Habbo Hotel: Instead of an antarctic theme, that site features an urban apartment theme. Another, IMVU is a small and growing startup that combines virtual games and chat with more fantastical landscapes and avatars.

Disney found the purchase appealing in part because “[i]t’s simple, it’s easy to use. It doesn’t require significant amounts of technological investment,” as noted by PaidContent.

This purchase is another step towards digitizing Disney’s family-focused entertainment empire, developing revenue streams beyond its TV-based business, and even its brand. Disney is highlighting how very strategic Club Penguin is becoming by rebranding the Disney.com homepage (screenshot below).

Club Penguin will not be moving its headquarters. 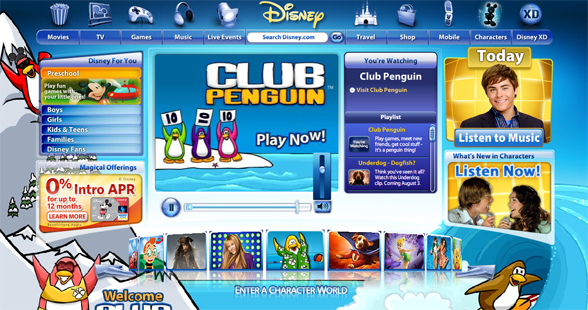