Docker, the startup known for its open-source container technology for easily moving application code from one server environment to another, has sold off its longstanding revenue stream, the dotCloud platform as a service (PaaS) for building and running applications in the cloud.

The transaction might seem significant for Docker, as the startup first devised its container technology in order to run dotCloud. In a sense, Docker never would have emerged as the hot startup it is now were it not for dotCloud. And dotCloud started turning in positive gross margin last year, Docker chief executive Ben Golub told VentureBeat in an interview, making it stand out in the PaaS market, which isn’t looked upon as the most profitable type of business. But in reality, this sale marks a necessary turning point for the company. The Docker team can now focus on making the open-source Docker project even more popular and building commercially viable tools for it.

“Doing this right now is really just about making sure that we have the ability to focus 100 percent on our core business,” Golub said.

Docker has attracted the attention of developers and system administrators for creating technology that could be a supplement or even a successor to the virtual machine, many of which can operate and run applications on a physical server. Containers are seen as more lightweight than virtual machines and less demanding on the underlying servers’ chips and memory. Plus, curious types can explore the code for creating Docker containers, as it is available under an open-source license, unlike proprietary virtual machine technology from companies like Microsoft and VMware.

Developers, startup types, and cloud industry analysts talk a lot about Docker and its containers these days. Expect that buzz to intensify now that Docker’s employees can devote all of their attention to the project’s advancement.

In a sense, the pivot that Docker started last year — by releasing the Docker container technology for free under an open-source license, and then by changing the company name from dotCloud to Docker — is now complete.

And Golub knows what to do next.

“I think I and the management team and the board are all 100 percent in agreement that the focus for this year is not top-line growth,” he said. “We want to establish a revenue model and make sure we have the ability to generate meaningful revenue in 2015. But this year, it’s far more important to make sure we make Docker solid and ubiquitous and build more advanced monitoring, management, and orchestration tools that will drive revenue in 2015.” 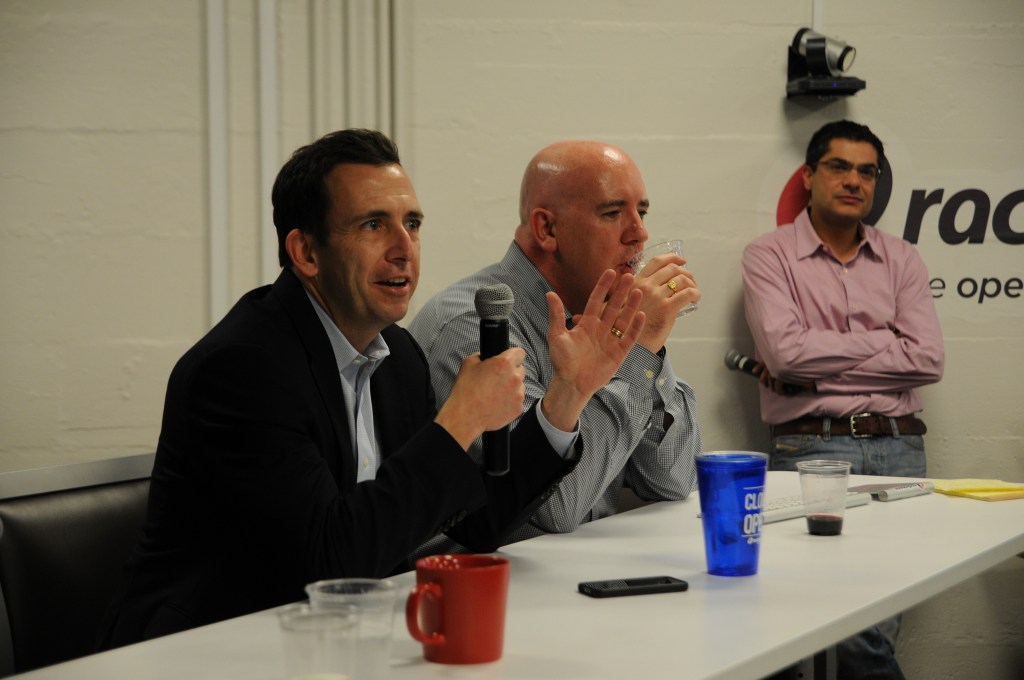 Indeed Docker has made progress so far this year. The startup launched its first commercial service for Docker in March, and the open-source project has now been downloaded 7 million times, Golub said.

How does he know the startup’s new PaaS-less existence will prove successful?

“You don’t,” Golub said. “But what you have to do is have enough belief that you’re attacking a worthwhile goal with a really great idea to say, you know, even if we fail, that’s better than, you know, going the safe route and being mediocre.”

Solomon Hykes founded dotCloud in 2010, and the service currently has 500 customers, Golub said, including Cirrus Insight, FiveStars, Jolicloud, and RethinkDB. The service runs on infrastructure in the US East region of the Amazon Web Services public cloud in Northern Virginia.

That’s one reason dotCloud is a good fit for CloudControl, which runs its PaaS atop Amazon’s cloud as well.

Also, Golub said, CloudControl knows how to run a PaaS and is committed to maintaining dotCloud, at least initially, rather than forcing customers to go through the hardship of transferring onto the CloudControl service.

San Francisco-based Docker announced a $15 million funding round in January and recently made its first acquisition since the pivot, a two-man startup called Orchard.

None of Docker’s employees will go to CloudControl as part of the deal, Golub said.

CloudControl, which started in 2009 and has taken funding from Creathor Venture, isn’t a popular cloud provider in the U.S., but even in its native Germany, it doesn’t have a high profile, cloud analyst René Büst of Crisp Research told VentureBeat via email. Perhaps now that it’s taking up the infrastructure that led to Docker, CloudControl will pick up a claim to fame — or at least a few more customers.