Today eBay is rolling out a redesigned mobile app for both iOS and Android to clean up its brand identity and make its shopping and selling experiences easier. 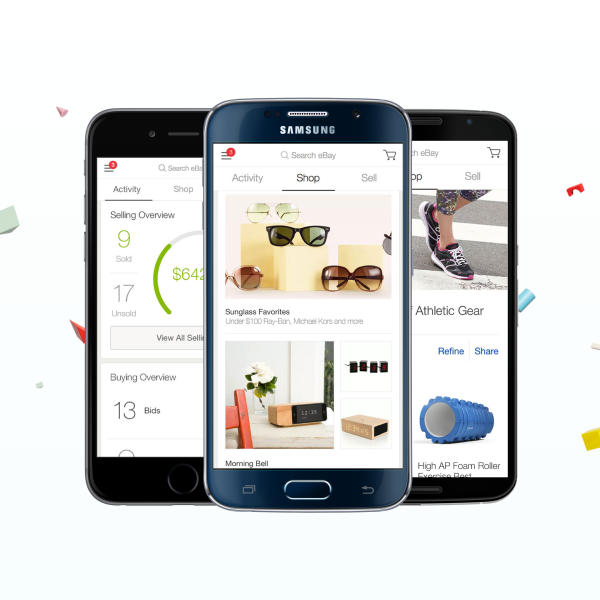 This is the first time eBay is consolidating its user experience across mobile. Previously, eBay’s iOS, Android, tablet, and web apps each had a different interface. 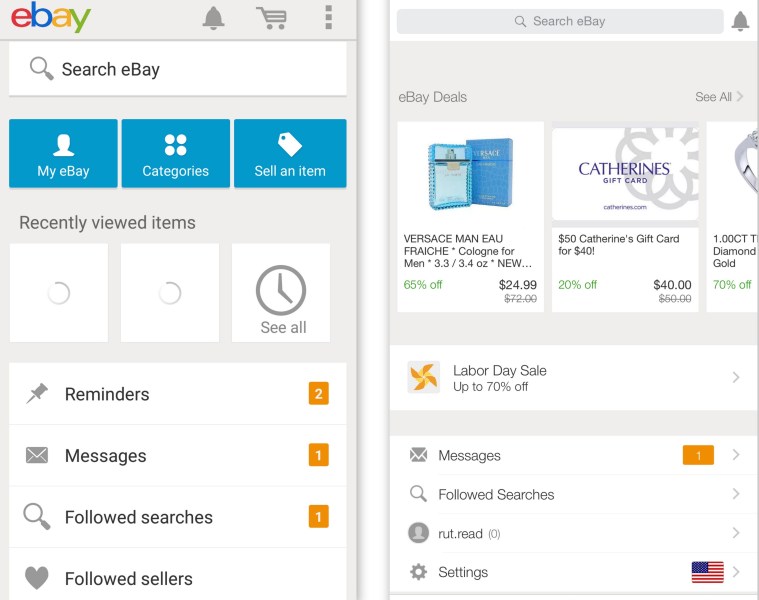 “The reason why they were this way is because every platform was introduced and launched and updated on a different schedule,” said David Beach, director of product at eBay. The new design simplifies tasks in the eBay app by dividing its functionality into three channels: buying, selling, and activity tracking.

Ebay’s new Shop channel within the iOS and Android mobile app is a consolidation of its search function and product discovery features. Within this channel, eBay serves up deals and a selection of browsable categories to help make it easier for shoppers to discover products in the app. This is also where users can search eBay’s inventory of 800 million products.

Previously Search had its own tab and eBay’s product discovery tools lived on the app’s home screen. Now anything related to a product purchase is located in the Shop channel.

Ebay’s second channel, Sell, is where deals get done. It has all the same functionality of its original app, allowing you to upload information and photos about an item you’re selling. But the new Sell channel has also integrated eBay’s valet service, a recently shutdown standalone app that helps you list items you want to sell.

This final channel is where users can track purchases, wish-listed or watch-listed items, as well as the merchandise they’re selling. The new eBay app will also show you how many items you’ve sold and how many you have left to sell. In earlier versions of the app, users would track their spending and vending behavior in a channel called “My eBay,” which was broader.

For now, the app offers minimal personalization. Users can choose preferences around which categories appear most prominently in their Shop channel. The eBay app homescreen will also default to whatever channel you last used. So if you were selling an item the last time you were in the eBay app, when you next open it you’ll see the Sell section first. Beach said he plans to give the app a more tailored user experience down the road, for instance, he’d like the Shop channel to feature merchandise based on a shopper’s previous purchases.

In the meantime, eBay will be focused on bringing its new user-experience design to the Web, though the company isn’t giving an exact time for when that might happen.