True story: When I was 15, I went in for a sports physical and the primary care doc heard a heart murmur that concerned him. He thought one of my valves was too small and might have to be replaced. So he sent me to a specialist whose waiting list was a couple of months long. During that time I was worried sick, and so were my parents. When we finally went to the cardiologist (200 miles from home), he quickly told us that the murmur was nothing and that I would grow out of it. He was right.

Were that to happen today, my GP might have listened to my heartbeat using Eko Devices‘ smart stethoscope and sent a recording of it to a specialist for an immediate second opinion. The cost of a full specialist referral, and two months of worry, could have been eliminated. 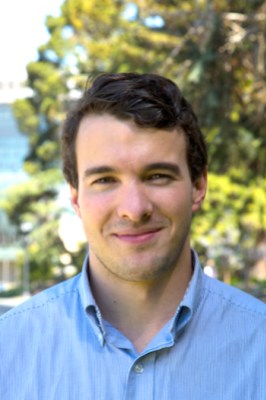 Eko makes a small adapter device, called Eko Core, that fits between the earpiece and chest piece of a stethoscope. It routes the heart sounds it hears to a phone via Bluetooth LE. The phone app then sends the audio data up to the cloud, where a specialist can pull it down and listen to it.

The specialist can use a good pair of headphones to listen, or, if she too has an Eko Core adapter, she can listen through her own device. Eko Devices’ CEO Connor Landgraf says the latter is the most accurate way to listen to heart sounds.

If all goes well, health providers will see Eko’s product as one answer to the $750 billion medical waste problem. Heart disease care is inevitably a big contributor here, as cardiovascular disease affects 1 in 4 of the world’s population.

Landgraf says that his company has been considering assembling a network of cardiologists that could be available to listen to heart sounds for general practitioners using the Eko device. “That something we can see ourselves definitely doing in the future,” he told VentureBeat.

The Eko Core app can compare heart sounds to a whole database of different kinds of murmurs, some dangerous and some benign, and find the closest match. This information can be one of the data points the doctor uses to decide on a treatment plan.

Eko has been working with the StartX accelerator at Stanford for the past few months. It’s also doing pilot programs at two (as yet unnamed) Bay Area hospitals.

The company began developing its products early on using Food and Drug Administration (FDA) design control and documentation procedures. It expects that the agency will approve its product this year so that it can be brought to market next year.

Eko Devices has raised around $800,000 in seed money so far, but the company is now assembling a new round of funding.

Landgraf will be demonstrating the product in public for the first time Tuesday at the StartX Demo Day.