Facebook knows that being able to target users with information about exactly where they are can be extremely lucrative. Today, it invaded the territory occupied by Yelp and Foursquare, launching a new feature for the Facebook iPhone app that delivers information about where its users are in real-time.

Known as Place Tips, the opt-out feature will show up at the top of users’ News Feed, and is designed to show “a series of cards with info about the place you’re at,” Facebook said. “If you choose to view Place Tips, you’ll find things like posts and photos your friends have shared with you about that place.”

To make its tips as geographically accurate as possible, the company will soon be testing out Bluetooth beacons, small pieces of hardware that send out a wireless signal that users’ phones receive when they’re nearby. Facebook said the beacons will operate in a small number of businesses in New York, including a bakery, a bookstore, a restaurant, and others. 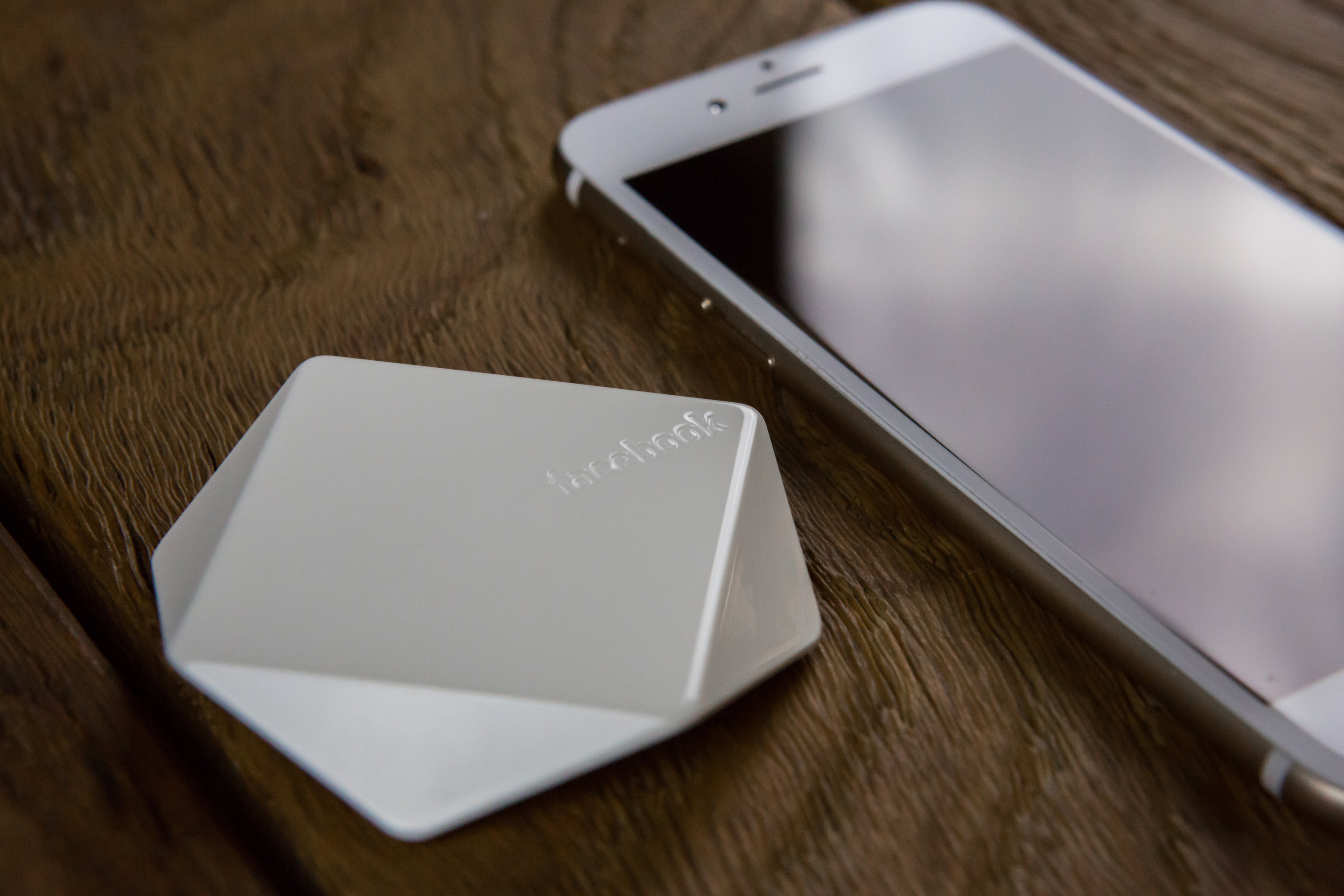 Above: Facebook will install these beacons in a number of test locations in New York to better geolocate users.

Clearly, Facebook knows the value of aggregating information about restaurants, shops, and other merchants, and being able to show data about such places to users when they’re still in a position to buy something could potentially bring in substantial revenue. Facebook didn’t say what kind of financial relationship it has with the businesses it will highlight with the tips. It also didn’t say how it plans on monetizing the new feature, telling VentureBeat only that “we’re focused on making sure this feature in its current state feels valuable to people.”

The company said that tips will only appear if users have given Facebook permission to access their location on their phone. And while Facebook is making it so that users can decline to receive the tips, they have to opt out. In order to do so, users need to go into their iPhone settings to turn off the feature.

In addition to the hardware beacons, Facebook is also generating the geo-specific tips by determining users’ location via cellular networks, Wi-Fi, and GPS. Facebook told VentureBeat it plans on using these signals to extend the program in the coming weeks to locations like New York’s Central Park, the Brooklyn Bridge, Times Square, and JFK Airport. It also said that it plans to eventually install its beacons, and the Place Tips program, around the world, but said it had no timeframe for a global rollout.

When asked why the Dominique Ansel Bakery in New York had agreed to have Facebook test out a beacon in its store, a bakery spokesperson told VentureBeat that, “We are always happy to work with innovative companies, like Facebook. And since Place Tips offers more information to our guests, we saw it as an added customer service. At the end of the day, both us and the customer can turn it off and on depending on feedback and so we saw no harm in giving them an option to interact with us.”