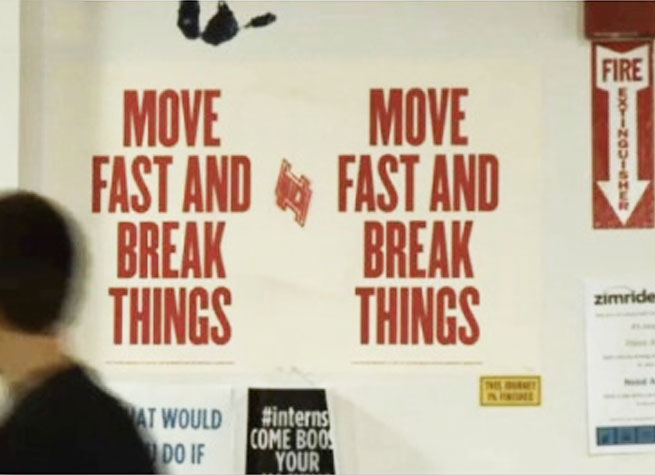 It’s no coincidence; in fact, you can expect the same speed and quality for future updates, too.

In an engineering blog post, Facebooker Christian Legnitto, who’s responsible for pushing out mobile code for the company, says that Facebookers working on mobile have been taking the same doubled-down approach to release cycles that the rest of Facebook’s engineers use for the website code pushes.

Pushing out new versions “early and often” is a big part of Facebook’s hacker ethic, but Legnitto notes that this pace can present problems when applied to a mobile release cycle. Facebook.com gets thousands of test features and code pushes each week, but native mobile app architecture makes the same process impossible. For example, you can’t do a rolling release to a few thousand users at a time; mobile apps are all or nothing. And you can’t release buggy code; what would merely slow down a website might completely crash a mobile app.

But with a few tweaks, Legnitto says the release cycle for the website has been adapted for mobile with great results, including a predictable and precise schedule for updates to mobile apps.

“Today’s Facebook for Android update came just four weeks since the last version, and our goal is to deliver another in a month,” he says. “We’re now delivering on regular ship cycles for Facebook for iOS, Camera, and Messenger as well.”

Because downloading a mobile app is a bit more speedbumpy than signing into an automatically updated web page, Legnitto says, “We also wanted to balance getting improvements out to people quickly while minimizing disruptions for users. Our 4-8 week release timelines feel like a good trade-off for now.”

And as many users have noted since downloading the latest versions of Facebook’s mobile apps for iOS and Android, quality is becoming an ever-higher standard for the mobile team.

“We’ve adopted this new date-driven release process so that people get important stability, speed, and feature improvements as soon as they are ready,” says Legnitto. “This helps us drive toward higher quality — one of our top priorities on mobile.”