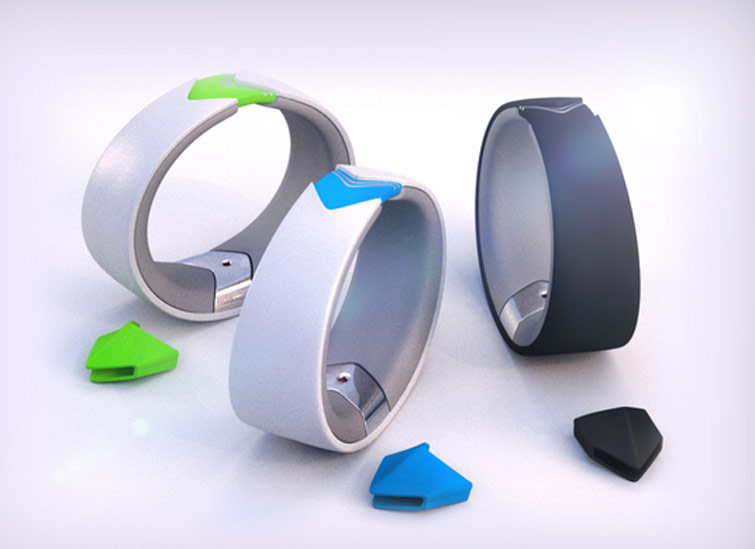 Self-quantification is awesome in theory, but the data and record-keeping, frankly, suck. Which is why I’m pretty pumped about the Amiigo fitness bracelet.

Because while it tracks your fitness activity, similar to a Fitbit, Jawbone Up, or Nike FuelBand, it also knows the difference between a sit-up and a push-up. In other words, it knows exactly what you’re doing, and it tracks it for you.

“The other devices are glorified pedometers,” Dave Scott, one of the four Amiigo cofounders, told me today. “We’re the first fitness tracker which you can take into a gym and do jumping jacks or pushups or pull-ups … and it knows what you’re doing … and it knows how many reps and sets you’ve done of each.” 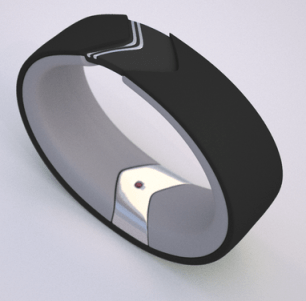 I’ve had browser tabs open on the FitBit and Jawbone Up for a couple of weeks now as I’ve been trying to make up my mind on which one to buy. But one thing that’s holding me back is that neither of them actually seems really very smart.

The FitBit can tell me how many steps I’ve taken and stairs climbed, but it has no clue about my heart rate, or if I was  in the gym for 45 minutes. The UP will alert me when I’m too idle and will track my sleep patterns, but it wants me to tell it when I’m jogging or walking the dog or or in the gym.

And here I thought the whole point of technology is to do annoying, repetitive, and laborious things that I don’t want to. That is, in fact, the promise of Amiigo: According to the Amiigo founders, the gesture recognition technology can recognize 100 different activities.

“Because we’re using Xbox-like gesture recognition and we’ve included a shoe clip, we can track both upper body and lower body acceleration,” Scott says. “We know what you’re doing, and we’re automating that.”

That sounds good to me.

And apparently, to thousand of others on Indiegogo who have stepped up and ordered $347,088 worth of Amiigos, just two weeks into the campaign. But Amiigo doesn’t just know what you’re doing, it also knows how vigorously you’re doing it, by including a “pulse oximeter” sensor in the band that tracks both your heart rate and the oxygen content of your blood. Not to mention the skin temperature sensor.

All of the data, of course, shows up on the now-obligatory companion mobile app, which the Amiigo communicates with via WiFi or Bluetooth. And is shareable to social networks, where you can engage in fitness and activity contests with friends and acquaintances.

Of course, as with any crowdfunded campaign, you’re taking a calculated risk when backing a project. But the team of founders includes two MIT students and two alumni of a mobile marketing company. In addition, Scott says, he’s got working prototypes.

One more proof point that there’s something worthwhile here? In addition to the Indiegogo campaign, the team has apparently also raised a round of investment from a venture capital firm. The sum remains undisclosed.