Firefox 42 for the desktop is available for download now on Firefox.com, and all existing users should be able to upgrade to it automatically. As always, the Android version is trickling out slowly on Google Play.

We created this feature because we believe in giving you more choice and control over your Web experience. With the release of Tracking Protection in Firefox Private Browsing we are leading the industry by giving you control over the data that third parties receive from you online. No other browser’s Private Browsing mode protects you the way Firefox does — not Chrome, not Safari, not Microsoft Edge or Internet Explorer.

The new private browsing mode also has a Control Center with all of Firefox’s site security and privacy controls. Since some web pages may appear broken when elements that track behavior are blocked, Control Center lets you turn off Tracking Protection for a particular site.

To try it out, click the hamburger menu button (three lines in the top right corner), click the New Private Window icon to launch a Private Browsing session, and you’ll see a screen that confirms Tracking Protection is on. Now all you have to do is browse the Web as usual. 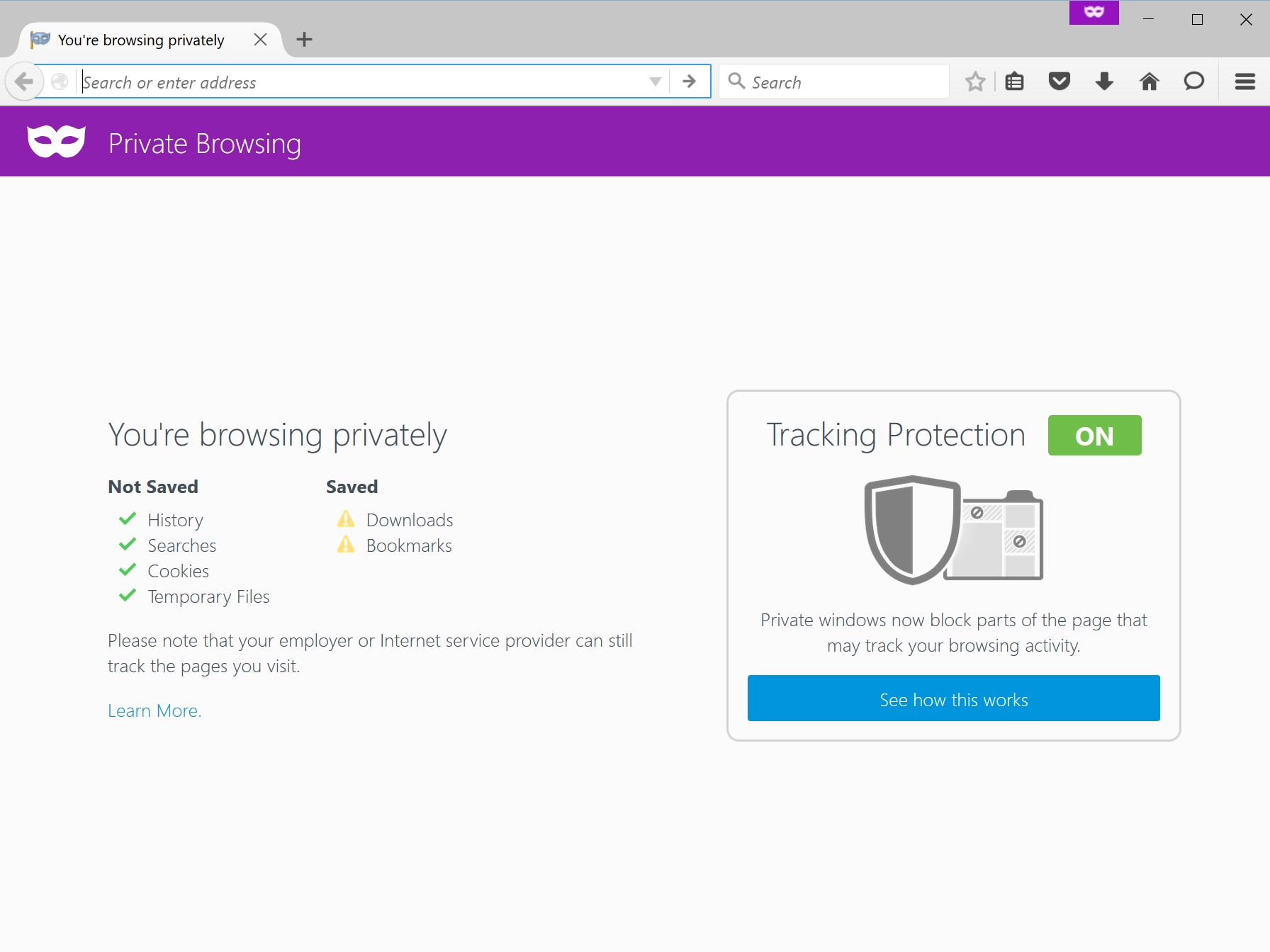 In August, Mozilla added the new experimental feature to Firefox Developer Edition for Windows, Mac, and Linux, as well as the Firefox Aurora channel on Android. In September, the feature arrived in the beta channel, and now it’s finally available for all users.

Privacy features aside, Firefox 42 for Windows, Mac, and Linux brings the addition of tab audio indicators. We broke the news in July that the feature was coming to Firefox. It was added to Firefox Nightly later in the month and then for beta users in September.

This functionality has been available through browser add-ons and extensions for a while, but users want it built into the browser. While Chrome has had audio indicators for more than a year now, only last month did it gain the ability to easily mute tabs. Now just Microsoft’s Edge has to catch up.

If you’re a web developer, more details are available for you here: Firefox 42 for developers. You may also want to check out Firefox 44 Developer Edition, which Mozilla also released today.

Firefox 42 for Android isn’t a major release by any stretch. That said, the Android app is still getting some notable improvements. Aside from the new private browsing and tracking protection, the biggest one is probably being able to open links from Android apps in the background.

Even if you have Chrome as your default browser, you now queue up tabs in the background without switching to Firefox. When you open Firefox, all those tabs will open for you automatically.