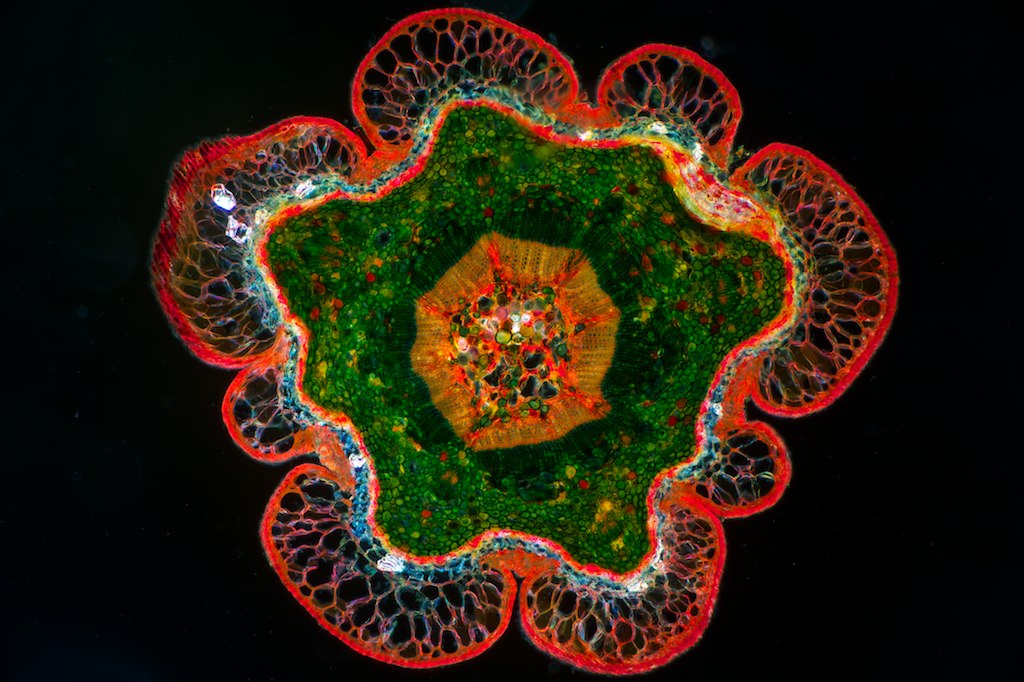 Sure, 3D printing is cool and wonderful, and even can make awesome three-dimensional business cards. But can it save your life?

Six scientists in the UK and Scotland have successfully printed human stem cells with a “valve-based cell printer” that uses bio-inks to fabricate groups of viable stem cells that retain their ability to become any type of cell in your body.

Stem cells are valued by biological scientists for research because they are “pluripotent:” they can develop into almost anything a human body needs such as skin cells, muscle tissue, or internal organs. But collecting and using them has been a controversial process, as one source for stems cells has been embryonic tissue harvested after abortions. And using them inside the human body has been difficult.

This new process essentially bio-fabricates usable conglomerations of human stem cells by printing bio-ink, made up of a number of organic components including HEK293 (human embryonic kidney) via a valve-based printer with very fine nanoliter capacity (an ounce of liquid contains 29,573,529 nanoliters). The nozzle of the valve-based printer that they used is only .002 inches wide.

Between 70 and 95 percent of the cells survived past 72 hours, and three days after, the cells tested positive for pluripotency, and seemed to be growing: 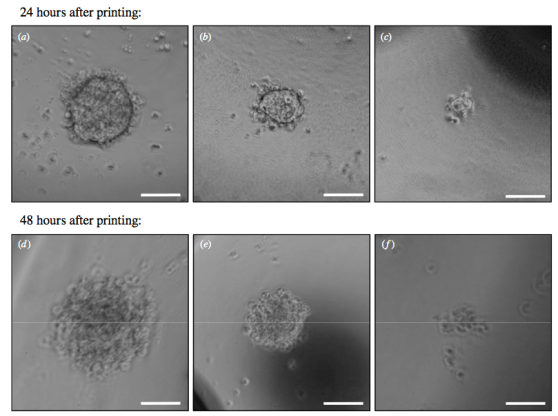 Essentially, the scientists printed arrays of stem cells that could be used in future in-vitro organ regenerations. Maybe you won’t get a new motor, but you could get an on-site re-build … and surgeons won’t have to take your body apart to do it, either.

Along the same lines, the scientists speculate that “direct in-vivo cell printing for tissue regeneration” will become possible, allowing doctors of the future to heal internal injuries without surgery.

Which is a little bit cooler than 3D printed business cards, no? And better than 3D-printed guns, surely.