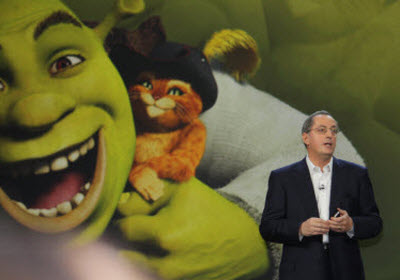 Intel‘s purchase of security software firm McAfee today for $7.68 billion in cash raises the question: what the heck is Intel buying a software company for?

The McAfee purchase will consume all of Intel’s $5.5 billion in cash and a good chunk of its $6.7 billion in short-term investments (numbers for the June 30 quarter). The Santa Clara, Calif.-based chip giant says that McAfee’s security technology will be useful as Intel designs it into its chips to create a stronger, “hardware-enhanced security.” That makes some sense, and the first products are expected to arrive in the first half of 2011. Intel also says that McAfee will become more important as basic computing moves to cloud computing and mobile devices.

But should Intel use all of its cash for a software deal when it has to continuously spend billions on the latest chip factories? Should it pay a 60 percent premium on McAfee’s valuation? I suppose Intel is still a cash-generating machine, but that’s only true if you assume that PC sales will continue onward unabated. This deal is so big that it will make or break chief executive Paul Otellini (pictured right) and his place in CEO history. In a call with analysts, Otellini said this marks Intel’s move from a “PC company to a computing company.”

The world’s biggest chip maker has had spasms of crazy expansion during its history. Those binges have taken it in different directions, sometimes to good or disastrous effects. But it shares a fundamental problem that most near-monopolies do: antitrust regulations prevent it from acquiring more companies in its core business. Since Intel has more than 80 percent of the PC microprocessor business, it would never be allowed to purchase rivals such as Advanced Micro Devices or Via Technologies.

How, then, should Intel expand to new markets, diversify its risks, and position itself strategically for growth? There is a new trend toward going vertical — building up layers of businesses such as chips, hardware, and software together. IBM dismantled its old vertical structure as it focused on software and services. But Apple’s success in doing nearly everything itself, from chips to operating systems to hardware, has inspired other tech giants to do the same, often with limited success. This prompts me to revisit the changing trend toward vertical integration, instead of horizontal integration, that I observed happening in May. Here’s an excerpt from that piece. 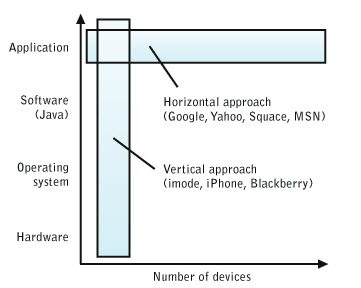 In the beginning of the tech industry, companies like Digital Equipment Corp. and IBM had vertical business models. They designed everything they needed to make products: operating systems, applications, hardware, chips, services, and brands. It was all internal. The pendulum swung against this model in the 1980s. Along came Microsoft and Intel, which took slices of what IBM did and concentrated all of their energy on doing them better. With their operating systems and chips, they disintermediated IBM, giving rise to PC clone makers and creating new horizontal industries.

For a time, the  horizontal integration of the tech industry drove the creation of new startups and billion-dollar companies. Compaq thrived in this era as it relied on Intel and Microsoft to put it on an equal footing with IBM. And it wasn’t just PCs. Intel no longer needed to build its own chipmaking equipment; it relied on Applied Materials. And it no longer needed to write its own chip-design software, relying instead on the likes of Synopsys and Cadence. Seagate made better hard drives than IBM, and IBM eventually gave up that business. Taiwanese contract chip makers offloaded the process of making chips, allowing Intel’s competitors such as Nvidia to focus on designing them.

But given the behavior of today’s tech giants, it looks like the old IBM had the right idea. With today’s acquisitions, we see the pendulum moving back. The reason this is happening is the potential for disruption. When the technology industry is undergoing a big shift, a shift from horizontal to vertical can shake up the competition. In the present moment, with the rise of mobile devices, having access to chip technology that can differentiate products in the market is a vertical move that can make all the difference.

The rules are changing with the times. Microsoft moved into game hardware and cell phones as it attempted to diversify beyond its core software businesses. Cisco has expanded from networking gear into servers, bringing it into conflict with partners such as Hewlett-Packard. HP in turn bought Palm to get its hands on a mobile operating system and thereby reduce its dependence on Microsoft. Enterprise software giant Oracle bought server hardware maker Sun Microsystems. Search giant Google has even bought tiny chip design firm Agnilux for some mysterious reason. Apple also bought chip firms Intrinsity and PA Semi to escape dependence on both Intel and ARM-based chip design firms.

Intel’s own history of expansion has been interesting. Back in the 1980s, it unloaded its money-losing memory chip business to focus on PC microprocessors just as the IBM PC and clone PCs were taking off. That was perhaps the one of the most celebrated strategic insights in history, as the decision by Intel leaders Andy Grove and Gordon Moore turned the company into the world’s biggest chip maker. Intel focused on one major business and thereby became the kingmaker of the PC industry, alongside Microsoft. 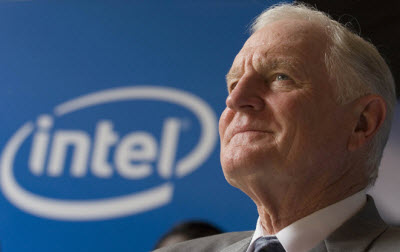 During the 1990s, as Craig Barrett took the helm from Grove, Intel expanded into communications during the dotcom boom. It invested $10 billion in dozens of acquisitions that became worthless during the dotcom crash. Barrett noted in retrospect that Intel spent the $10 billion at a time when stock prices were inflated and Intel’s own stock price was inflated. It did not, in other words, take the risk of spending a ton of cash, which it reserved for chip factory capital spending.

One of those acquisitions — of Digital Equipment’s ARM-based StrongARM low-power chip business — enabled Intel to take a stab at expansion into the cell phone chip market. But Intel didn’t give that acquisition enough time to take root. It sold off the XScale business to Marvell Technology Group for $600 million in 2006, just as the iPhone revolution was about to begin in 2007. As MarketWatch’s Therese Poletti noted, Intel has to have some serious seller’s remorse on that deal, as cell phones are now becoming the biggest expansion opportunity for chip sales in history. If Intel wanted to buy Marvell, it would have to spend $9.74 billion today.

Intel also made bad moves into the consumer business. It tried to sell ProShare video conferencing systems before the quality was good enough. It expanded into consumer electronic devices through a partnership in toys with Mattel, and it launched its own digital cameras. It got rid of most of those businesses as it contracted in the post dot-com-crash period. It tried, but failed, to make high-profile TV chips. And as AMD became resurgent in PC microprocessors, it made sense for Intel to focus, starting around five years ago, on its core PC chip business once again. Now, Intel has kicked its chip business back into high gear, it is recovering from the recession, and it is looking to expand again. Intel has settled major antitrust cases with AMD and paid a fine to the European Commission (Intel is appealing), coughing up billions in cash for settlements. It seems to think its litigation exposure is minimal on that front now.

That brings us to the wisdom of moving into software. Intel moved in this direction in a big way a year ago when it bought embedded operating system maker Wind River Systems for $884 million. Intel, through a spokesperson, said today, “We aren’t ‘moving into software.'” We are well into software. In fact, the software and services group (SSG) within Intel employs thousand of software-focused professionals, and, measured by engineering staff size, SSG would be among the world’s top 10 software companies if it were an independent organization.” Earlier this year, Intel raised eyebrows when it said it would launch its own app store for netbooks: the Intel AppUp Center. Since Intel makes chips for netbooks and wants to stimulate demand for netbooks, the app store makes sense. 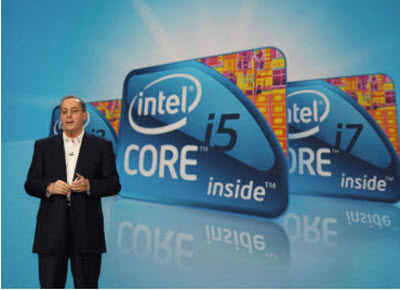 But does McAfee? Intel — which noted there will be no layoffs as a result of the McAfee deal — said that McAfee will operate as an independent entity. It also said that its partnership with Microsoft remains strong, even though McAfee competes with Microsoft in security software. As for the amount of cash, Intel says it has “cash onshore” to pay for the transaction. In its latest quarter, Intel generated net income of $2.9 billion. In three quarters, then, it could regenerate all of the cash it spent on McAfee, if business remains strong. McAfee itself had $804 million in cash and generated net income of $98 million in its most recent quarter. That means that Intel isn’t taking a crazy risk.

What’s notable about Intel’s move today is that it seems much more like a diversification, despite this talk of synergy around “hardware-enhanced security.” When Apple buys a chip company, it’s so that it can make chips for its own iPhones or iPads. Here, Intel does not get the ability to field its own complete product all by itself. The acquisition is not, for instance, going to enable Intel to launch its own cell phone. In that respect, Intel still believes in being horizontal in its core chip business. As for McAfee’s role in cloud computing and mobile services, it remains unproven compared to the stacks of competitors in that space.

Intel has never taken as big a risk as it has today. Renee James, who leads Intel’s SSG software group, has been wrong before. She made a big bet on creating a web-hosting business before the dotcom crash, arguing that building big data centers was a lot like building big chip factories. Intel spent a lot of money on that expansion and had to shut it down in 2002.