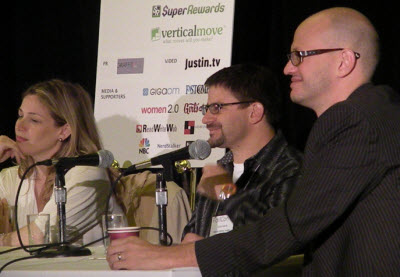 Silicon Valley is known the world over for its acceptance of failure as a rite of passage. Technology legends from Netscape founder Marc Andreessen to Apple founder Steve Jobs have all experience failure, revived their careers, and then gone on to change the world.

In other places, failure means disgrace. But according to futurist and Stanford engineering professor Paul Saffo, in the tech-obsessed valley, “the spires of success are built on the rubble of failure.”

This religion runs so deep that it now has its own conference, FailCon. At the first annual event in San Francisco today, entrepreneurs and venture capitalists shared war stories about their failures so that the next generation can learn from them. The experience of failure often gives entrepreneurs the drive to make a comeback, accompanied by the constant fear that they could one day experience that failure again. 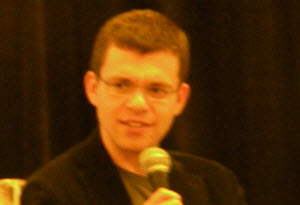 Max Levchin (right), the chief executive of social apps maker Slide, said that he once spent nine months perfecting a software scheduling system at his first startup. Then, before he could get his banner ad technology onto the market, DoubleClick debuted its very similar service. His startup collapsed while DoubleClick sold for billions to Google. There was a time when Levchin was $14,000 in debt and had maxed out his credit cards.

Levchin said he regretted that he didn’t have co-founders on board who could tell him when to stop and change direction. He said he has since developed an “internal compass” that tells him when he has “turned into a zombie” and it’s time to call it quits. Lots of people make the mistake of not recognizing they’re zombies.

Levchin went on to co-found PayPal, which eBay bought in 2002 for $1.5 billion. Such success puts pressure on entrepreneurs to succeed with their next effort. Levchin said he wasn’t ready to say whether Slide is a success or a failure. The company has undergone restructuring, but it’s on its way to profitability, he said. How does he define success? Levchin said success was when his employees were rich enough that they could buy their houses with cash. 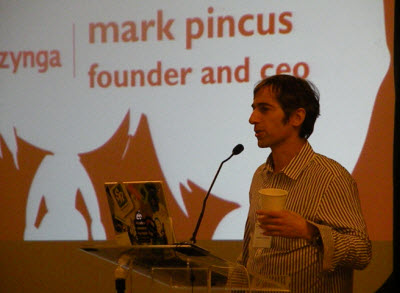 Mark Pincus (right), founder of social gaming firm Zynga, said he doesn’t like good press about his company because it reminds him of his “fear of failure mode.” He said he should be thrilled that Fortune, Forbes, and BusinessWeek have all written about his company.

He said that both social games and Zynga have a lot of potential, but they also have a long way to go before they should be considered successes. When you inevitably fail, the best thing you can do, Pincus said, is to be in a position where you can intellectually and emotionally own your failure. At that point, he said, “You know you can control your own destiny.”

As for learning from failure, he advised the audience members to surround themselves with people they can learn from — people like his venture capital board member Bing Gordon.

Venture capitalists weighed in to talk about how they can smell failure in a startup. Christine Herron, a partner at First Round Capital, said that she can tell, after she goes to multiple board meetings, that nothing has changed at a startup. It is still chasing the same goals, but isn’t making any progress. By contrast, at companies that are learning from failure, she hears how they say the market changed and how they adapted as a result. Jonathan Teo, a vice president at Benchmark Capital, also said that adaptation is a key indicator that a company is learning from failures and moving on to new strategies.

Adeo Ressi (top picture, right), founder of TheFunded, a venture capital watchdog, said that every decision at a startup is crucial. He said that entrepreneurs are feisty, but the worst thing that can happen is for people in the company lose hope — hope in being able to finish their tasks, get things done, or otherwise pull off the impossible.

Dave McClure, an angel investor at Founders Fund, was tough on his panelists. Vinay Mahagaokar, director of product at app maker RockYou, said that his company was too slow to perfect its RockYou Pets app, which managed to get a million users on MySpace. RockYou eventually got sharper about refining its apps by watching its audience numbers more closely and ferreting out how it could hang onto its users for a longer period of time.

“That’s not a failure,” McClure said.

But Mahagaokar said that success and failure are relative. His company’s pet app fizzled, while Slide and Playfish went on to create more popular apps. You may be happy with how your company has performed, but if somebody appears out of the blue and outruns you, your company is a failure.