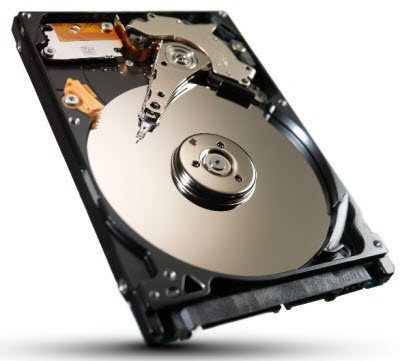 Seagate is now shipping a second-generation drive that combines chip-based flash memory with a mechanical hard disk. The combination results in a high-speed, high-capacity drive for laptops and the fastest personal computers.

The hybrid technology is innovative because it combines the speed of flash chips with the low-cost and high storage capacity of hard disks. And Seagate uses software that is smart enough to disguise the storage from the user, who will never know if their data is stored on a chip or the hard disk. It means that everything from games to music, video, spreadsheets, and documents will run faster.

The new drive is three times faster than a typical hard drive, said Joni Clark, product marketing manager at Seagate, in an interview.

“The user doesn’t have to worry about where the memory sits,” she said. “It can be used in any kind of situation.”

The first-generation hybrid drive came out in May 2010 and sold more than a million units. No original equipment manufacturers (computer makers known as OEMs) launched when the drives first came out. But now Seagate has lined up seven OEMs to ship new laptops with the Seagate Momentus XT drive.

Seagate’s drive uses Adaptive Memory and Fast Factor technologies. Adaptive Memory learns a user’s patterns, identifying data storage patterns, and then moves the most frequently retrieved data into the faster chip memory for quick access. Adaptive Memory tailors the hard drive’s performance for each user and the applications they use.

The new drive competes with stand-alone hard drives, which have high capacity but are slower, and flash chips known as solid state drives, or SSDs. SSDs typically cost a lot more per amount stored, or about $2.50 to $3 per gigabyte. A hard drive can store data at 25 cents per gigabyte. Momentus XT is 70 percent faster than the prior Momentus drive and three times faster than a traditional hard disk. The new drive can also store 750 gigabytes of data, or 50 percent more than last year’s model. The drives include 8 gigabytes of single-level NAND flash chips, or double the storage from a year ago. It has double the interface and read-write speeds of the prior product.

Clark said that the flash portion of the Momentus XT will likely be more reliable than SSDs, which often wear out because they have to be written and overwritten so much. Those are taxing tasks when it comes to reliability, whereas the Momentus XT uses the flash chips as a read cache more so than for writing. And if the flash chips fail, it isn’t catastrophic. The hybrid drive would then function as a normal hard drive.

The Momentus XP 750GB drive will sell for $245 and is available at online retailers Amazon, Canada Computers, CDW, Memory Express, NCIX, Newegg, and TigerDirect. The drive isn’t made in Thailand so supply shortages due to floods have not affected its availability.