Fotolog, a popular photo-sharing service, has been bought by France’s Hi-Media for $90 million, GigaOm reports.

New York-based Fotolog is a photo blog that encourages users to post daily photos of themselves; a user’s profile page is centered around a main picture with a date underneath and a place for friends to leave comments. It wants to be more than simply an online collection of photos, for example a Flickr, where users are encouraged to upload photos in batches rather than a single new profile picture every day.

The startup, which is especially popular in Latin America, was rumored by Valleywag last week to have been bought for more than $100 million by a “large Latin American company.”

Hi-Media claims to be Europe’s third-ranked interactive advertising agency, and is the leading provider of small online payment services in France.

It’s not clear if there was a bidding war, although Fotolog and its investors — BV Capital and 3i Venture Capital — will get a significant amount of stock in Hi-Media, according to the companies. Those and other investors owned 75 percent of the company after investing more than $12 million in three rounds. BV Capital owned 40 percent of the company. Through this purchase, Hi-Media is positioning itself to go beyond advertising and commerce services by owning a popular content site.

Fotolog’s fastest growing markets have been in Italy, Portugal and Spain, which may reflect the strong ties many in those countries have to family and friends in Latin America (sample below). 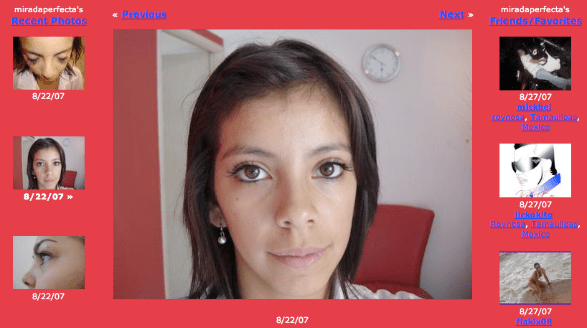