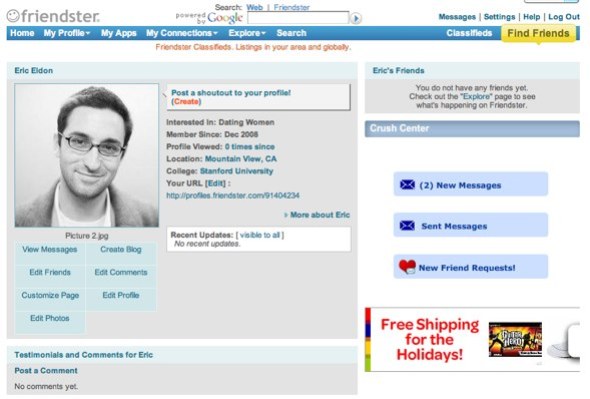 Friendster was the first modern social network to really gain traction on the web. But it has lost ground to rivals like MySpace and Facebook over the last five years or so due to a number of missteps. Nevertheless, it has gotten popular in Asia — and in the U.S. patent office. It has just been granted its fourth patent of four that have been considered, and it says it has another dozen or so for applications pending.

The patent in question concerns the “compatibility scoring of users in a social network,” or a method for determining how similar social-network users are to each other (abstract below). San Francisco-based Friendster has apparently been granted these patents because it grew big before major rivals and offered many standard social networking features before them too. The previous three patents cover: how people are connected on a social network, the process of friends encouraging each other to upload content, and ways for users to manage social-network friendships.

In other words, these patents are extremely broad. Could Friendster really demand payment from MySpace and Facebook whenever users add friends? So far, the company hasn’t — and it’s not divulging its future legal strategy. Note: These days, patent courts appear to be taking a harsher stand on patents that don’t rely on original technology. It’s not clear how Friendster’s growing portfolio might be affected. That’s something for the law to figure out.