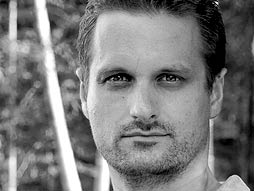 You could call Jan Chipchase the Indiana Jones of product design. He lives in Shanghai, has a Japanese wife and just returned from a research trip in the north of Uganda, an area recently controlled by the notorious military group the Lord’s Resistance army.

Chipchase’s job as Frog Design‘s “Director of global insights” takes him all around the world and into the most private areas of people’s lives. The aim of his research is to understand what makes people tick and how that knowledge should inform the design of products and services. Frog Design works for big companies who want to know where the future business opportunities lie and what disruptions are coming. I talked to him about love, money and design in the developing world.

Chipchase is not a believer in design at a distance. “If you spend time out in the places where people do the things they do, you get a different perspective. You get a much richer, more nuanced perspective way beyond any marketing, statistical insights,” he says. Much of his time is spent in emerging countries.

There has been a historical tendency to lump people in emerging countries together — in particular bottom-of-the-pyramid (BOP) people. “China is not a country, it’s a continent,” insists Chipchase. “India is not a country, it’s a continent. China has a bigger middle class than the entire population of Europe. Anyone who doesn’t try to break those down is a fool.” BOP people usually form the largest but poorest group in a country.

Companies also need to understand their obligations to their customers. “When you go into the BOP, your obligations are that much clearer. Your responsibilities as a corporation are that much greater because the people you are effecting with your products and services tend to have lower margins for error” he explains. “What is so compelling about what you produce that someone is willing to put so much on the line? Can you really imagine (the equivalent of) giving up your car for this product?”

One of the biggest mistakes companies make, according to Chipchase, is assuming they can just sell the same thing in emerging markets. “There are certain companies who would put out one phone for that entire market. There are other companies which have done a fantastic job of targeting products at the aspirers within those communities, at the entrepreneurs, the stay at home Mums. These niches are hundreds of millions big.”

You should also never underestimate those BOP consumers, he says. “Five years ago I was in Uganda before any of the mobile money services were around, before M-paisa (the pioneering P2P mobile payments service in Kenya), and one of the things I saw in a Ugandan village was people had created their own mobile money service.” People were trading airtime as a form of currency. “If that kind of thing can naturally organise, what role do we have as designers?” 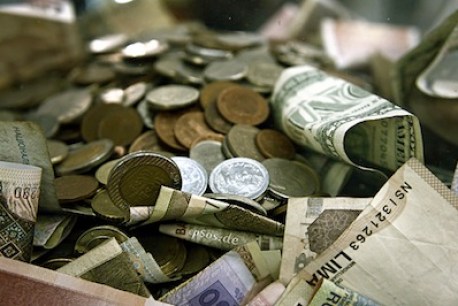 Frog Design just published some research from Chipchase on mobile money services in Afghanistan that illustrates the complexity of designing services for such markets.

Local mobile carrier Roshan recently introduced M-Paisa there. “Somewhere like the U.S., mobile money is just one step away. In Afghanistan, it’s probably 3 steps away. The 3 steps are textual literacy, mobile literacy and financial literacy (e.g. understanding the concept of “interest”). That doesn’t mean that people are not going to use it. It just means that they have to be even more motivated.”

Male literacy in Afghanistan stands at 43 percent, female at 13 percent. How do you design mobile services for people who can’t read? Apparently, illiterate people often have “proximate literacy” where friends and neighbors who can read help out. Trust is a more difficult barrier. “There is close to zero trust in institutions in Afghanistan,” Chipchase told me. “The mobile carriers have more trust than the banks. On the M-paisa agent’s commission, we have heard of customers saying ‘The agent wanted a bribe’. “ 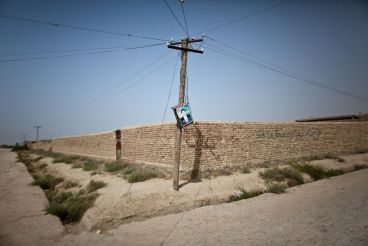 Afghans hold their wealth in “portfolios” of goats, gold, commodities and various currencies including dollars. Roshan pays 10 percent of its workforce using mobile money, and they immediately trade it for something tangible. In such a society, “Imagine going back home to your household” says Chipchase “and it’s pay-day and the head of the household says ‘Where’s your money? You say ‘It’s on here (the phone)’. ‘Fool!’ says the patriarch'” You can see how this would seem like trading the family cow for the magic beans in the Jack and the Beanstalk fable.

Afghanistan is also a country with relative geography. “So if I was to describe this hotel in Afghanistan it would be … Go to the coast, find a big roundabout, head north towards the sun until you find a little lady selling vegetables and ask her if she will point you to the right alley.” Even locating an M-Paisa agent in this environment could take several hours the first time.

As Chipchase describes it, illiterate BOP people can learn anything, but they need to be sufficiently motivated. The dating etiquette in Afghanistan involves buying airtime, and possibly a mobile phone, for your beloved. “The mobile phone makes love marriages possible,” said one young Afghan. There’s nothing more motivating than love.