Geospot wants you to essentially live inside of an online map — or at least use it for business.

The Fremont, Calif. company has spent the past two years creating technology so you can interact with others inside a map — in real-time, in the language of your choosing and with any particular data you or others might want to add.

GeoSpot is a cross between Google Maps and Google Earth — with a dash of The Sims, another virtual world, thrown in for fun — inside of a simple, cartoon-like map display. We saw a demo yesterday (demo video here).

We wonder if many people will look to the site for entertainment. Well, there are millions of people trying to flout real life by hanging out in Second Life, so there are people who crave this sort of thing.

The consumer version of the softeware is free and web-based; its beta launch is planned for September, and will include a location-based search engine for some types of information.

GeoSpot’s technology is a “semantic” — or structured — layer of data on top of basic geographical data, according to chief executive Joe Chen. It uses high-density vector-tile mapping technology that streams to the web, he claims. Vector graphics use mathematical equations to define and manipulate digital shapes.

The software treats basic map data like roads, bodies of water and buildings just like other multimedia files, such as pictures or office documents. The company built the technology from scratch and already has 15 patents pending. 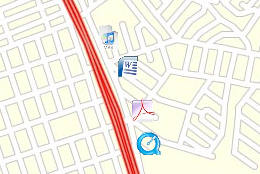 Besides being able to select and customize anything in the map, it also lets users leave data files for each other within a map, such as an iTunes song to go with a particular place.

Users with GPS-enabled devices can also annotate the map from their phones, using a mobile software download, and interact on it live with web users.

Geospot does have significant hurdles, however. Many people have downloaded Google Earth, are familiar with Google Maps, and may balk at moving over to yet another mapping tool. Google also already lets third-party developers mash its service together with other data (example here) — another way for people to collectively create and annotate maps. While GeoSpot is also trying to be a mapping platform, it doesn’t yet have a developer community like its competitors because it hasn’t launched yet. 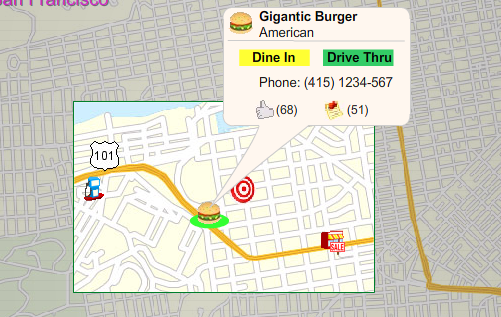 Chen hopes this will have broad appeal. He envisions local businesses adding hours of operation, event planning, inventory listings and other information for consumers, who could then virtually stroll through town, planning errands, talking to each other and leaving reviews about the places they’ve been.

He already has a few customers. A large ethnic business association with more than 100,000 members has signed a letter of intent to start using GeoSpot next year, Chen said. Local immigrant communities will be able to use the map to find businesses in their native language.

Right now, organizations can also purchase a white-label version in order to create their own private maps — costing a monthly fee between $14.99 and over $50,000 depending on level of premium service purchased. For example, the International Children’s Game will use GeoSpot when it is held in San Francisco next summer. The 10,000 or so participants and visitors from around the world will be able to collectively explore and annotate the city in more than 20 languages — which organizers hope will also be a boon for local business.

Chen also hopes to see GeoSpot put to use by government agencies and larger private businesses.

Google, Yahoo, Microsoft and other companies are busy pushing their own mapping software projects forward. GeoSpot may become a serious map competitor, and maybe also an attractive purchase.

Geospot is privately funded, but currently looking for additional investors.